With its defense budget, Poland is impressive in NATO. 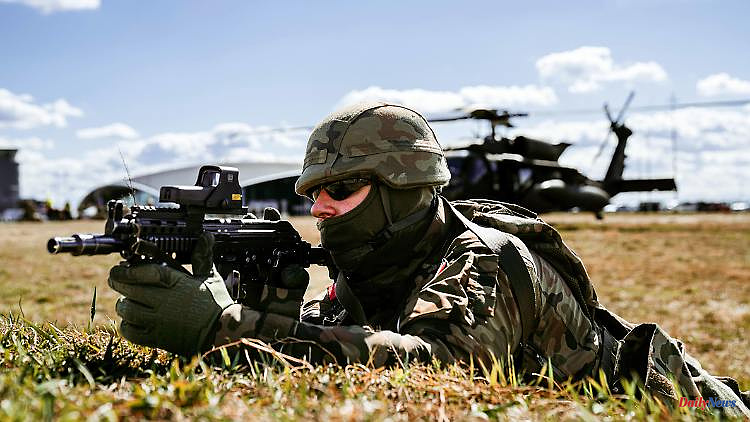 With its defense budget, Poland is impressive in NATO. However, the urgently needed modernization of the armed forces progressed rather slowly until the war in Ukraine. Now rushing is the order of the day, but that has its pitfalls.

Poland is seen as a paragon within NATO, at least when it comes to defense spending. The country on the Vistula is one of the few countries in the defense alliance that has been achieving the two percent target that the alliance has set itself for years. In 2002 it was decided for the first time that the member countries should spend two percent of their GDP on defence. In 2014, after the annexation of Crimea and the Russian-initiated and supported war in eastern Ukraine, this goal was even codified. A requirement that German politicians struggled with for a long time until the "turn of the era" declared by Chancellor Olaf Scholz and the associated 100 billion euro special fund for the Bundeswehr. "In Germany, we have other concerns than pointless rearmament," said SPD politician Ralf Stegner in 2019, for whom the topic of rearmament still causes stomach ache today.

But even if Poland, unlike Germany, has been achieving the two percent target for years, that does not mean that the Polish army is in better shape than the Bundeswehr. On February 14 of all days, ten days before the Russian invasion of Ukraine, the Polish media published a report dealing with the state of the Polish military. Written by a former high-ranking employee of the Polish Ministry of Defense and addressed to the leaders of Poland's governing PiS. "The combat and mobilization readiness of the Polish armed forces is non-existent. Our armed forces are not even able to carry out a small defensive operation," says the paper, which is said to be based on openly accessible and secret control results, which the Supreme Chamber of Control, the auditing the use of public funds in Poland between 2012 and 2020.

Polish military experts like Marek Świerczyński from the independent analysis center Polityka Insight find it difficult to make such general statements about the state of the Polish army. "You have to take a more differentiated look at the topic," says Świerczyński ntv.de. "With its troop strength, the Polish army is one of the largest within NATO." According to the Polish Defense Ministry, Poland has 124,000 soldiers this year, 115,000 of whom are professional soldiers. There are also 8,000 candidates, 1,000 reservists and 35,000 members of the Polish territorial forces. "Most of the equipment is still from Soviet production," says Świerczyński. The expert also recommends taking a closer look at the individual armed forces. "The Polish Navy has been reduced to a few ships. It doesn't even have a submarine. The air force, on the other hand, is small but quite effective thanks to the 48 F-16 jets that Poland has acquired since 2006."

The state of the Polish army shows that reaching the two percent target does not equate to a modern state of the armed forces. Last year Poland spent 2.2 percent of its GDP on defense, but in numbers this was just under 12 billion euros. It is a sum that cannot be used to make big leaps. Therefore, the Polish government presented a modernization plan in 2017, which was modified last December and provided for the defense budget to be increased to 2.5 percent of GDP by 2030 and the armed forces to be modernized by 2035 for around 115 billion euros.

As a result of the war in Ukraine, the modified modernization plan was updated again in June. The defense budget is to be increased to 3 percent of GDP, thus significantly exceeding NATO's two percent target. And not by 2030, but already next year. This means that by the end of 2023 the Polish military will have over €15 billion at its disposal, most of which will be invested in modernizing the armed forces, Defense Minister Mariusz Błaszczak said at the end of June.

Some of these modernization projects were implemented before the Russian invasion of Ukraine. This includes, for example, a deal for 32 F-35 jets, which are also to be purchased for the German armed forces as part of the "turning point". Poland signed the contract in January 2020 for 4.2 billion euros. Also before the war, Poland engineered the purchase of 250 American Abrams tanks worth almost 5 billion euros, which was signed in April this year. The website of the Polish army shows how proud they are of the new acquisitions. There, she not only boasts about the orders she has already signed, but also about the planned deals.

The big question is whether modernization will be less chaotic than it has been in the recent past. The best example of this is the purchase of new helicopters, which has been delayed for years, although this was actually agreed in 2015. In the final months of her term of office, the then governing coalition of Civic Platform and People's Party reached an agreement with Airbus Helicopters on the purchase of 50 Caracal helicopters for 3 billion euros. A deal that Poland itself would have benefited from, as Airbus Helicopters wanted to set up a base in Lodz. In 2016, however, the PiS government canceled the deal on flimsy grounds and instead opted for American Blackhawks. It was a decision that not only created diplomatic tensions with France, but also cost Poland almost 18 million euros, which the Polish government agreed with Airbus in compensation earlier this year. "In total, only eight Blackhawk helicopters came to Poland," reports Świerczyński. And it will probably stay that way for the time being. On Friday, the Ministry of Defense signed a contract with the Italian company Leonardo for the purchase of 32 AW149 helicopters for the landing forces worth almost 2 billion euros, the first examples of which should be delivered as early as next year. Back in 2019, the Ministry of Defense bought helicopters for the Navy from Leonardo.

It is not unlikely that the current modernization will also be chaotic at times, even if the deals announced in recent weeks make an impression. "The money is there now. Projects are being implemented that have been on the back burner for a long time, or purchases are made that were not absolutely necessary but are available on the market," says Marek Świerczyński. Sometimes the question arises as to whether the armaments industry can meet them. In June, Defense Minister Blaszczak, with the participation of domestic industry, announced the purchase of 500 American Himars missile launchers. "But Lockheed Martin hasn't produced that many rocket launchers in recent years," warns the expert.

This is not the only problem with the urgent modernization of the Polish army. The Polish Ministry of Defense is aiming for a cooperation between the Polish armaments company PGZ and the Korean Hyundai Rotem, which would also entail the construction of the Korean K2 tanks. These are intended to replace PT-91 Twardy, a Polish version of the Soviet T-72. Nothing has been signed on this yet, but negotiations are ongoing. Should this cooperation come about, the Polish Army would have three different tank models in their garages with the Abrams and the currently modernized Leopards. "The more diverse the tank fleet, the more difficult the logistics are," warns Świerczyński, prophesying a solution that some in Berlin in particular are unlikely to like. "In the long term, the Polish army will say goodbye to the Leopard tanks and hand them over to Ukraine, for example."

And experts warn of another problem. As impressive as the new acquisitions are: who should fly the old F-16 jets, for example, whose pilots will probably switch to the new F-35? There is also simply a lack of staff, and the demographic development of Poland, whose society is aging, does not make the problem any less.

What the Polish government, unlike the German government, does not have to worry about is criticism of rising defense spending. Both the opposition and the population consider this to be necessary. The Russian invasion of Ukraine is not the only reason for this. In Poland, the army enjoys wide acceptance and a high reputation.

1 Emergency call system can fail: Tesla is recalling... 2 Cult car turns 65: Does the Fiat 500 have a future? 3 Habeck announces reform: the federal government is... 4 Because of moving to the USA?: Russian army arrests... 5 Hesse: The accident victim is only discovered dead... 6 North Rhine-Westphalia: sun, clouds and showers in... 7 Hesse: Warm summer weather in Hesse 8 Saxony-Anhalt: Police warn users of online banking... 9 Baden-Württemberg: Driver seriously injured in collision... 10 Saxony: Sports clubs can win an audience award when... 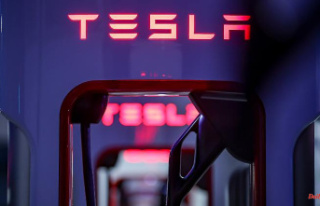