The Russian troops in the Kherson region are largely cut off from their supply lines. 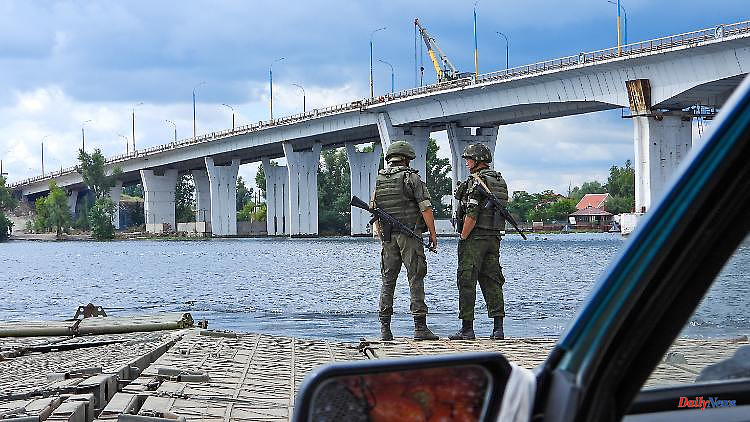 The Russian troops in the Kherson region are largely cut off from their supply lines. Support from the north should help stop the Ukrainian offensive. On the way south, the hometown of the Ukrainian president is also said to fall.

According to Ukrainian sources, Russia is preparing a new offensive in the south of the country. This includes building up a force to launch an attack from the north on Kryvyi Rih, the hometown of Ukrainian President Volodymyr Zelenskyy, the military command of southern Ukraine said. The city is located about 50 kilometers from the southern front line of the Kherson region.

Kryvyi Rih has about 625,000 inhabitants and is the largest city in Dnipropetrovsk Oblast after Dnipro. Known for its iron ore mining and steel production, it is an important industrial center in Ukraine. In this case, however, it is considered strategically important because it connects the Zaporizhia region on the Donbass with the Kherson region by land. "The enemy is setting up a strike force to prevent our units from breaking through," said Kherson Oblast governor Dmitry Butri.

British military intelligence recently reported that Russia had apparently identified the Zaporizhia front as a weak point where reinforcements were needed in the fight against Ukraine. Ukrainian troops are currently trying to liberate occupied Cherson in the south of the country. Russian troops in the region have been largely cut off from Russian supply lines after the Ukrainian military successfully attacked several bridges and a railway line.

As the US think tank Institute for the Study of War reports, the Russian army is said to have launched small-scale attacks in the border area of ​​the Kherson and Dnipropetrovsk oblasts in the past two days in order to stop the Ukrainian offensive in the region. The attacks failed, the experts report, citing the Ukrainian armed forces. The governor of the oblast, Butri, said on Tuesday that the Ukrainian military had already recaptured 53 towns and settlements in the Kherson region in its counter-offensive.

In the first phase of the war, Russia had conquered large parts of southern Ukraine and the Cherson region. Ukraine has launched a counter-offensive using western-made long-range weapons. 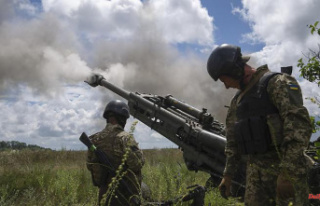