Belarus is one of the very few Russian allies. 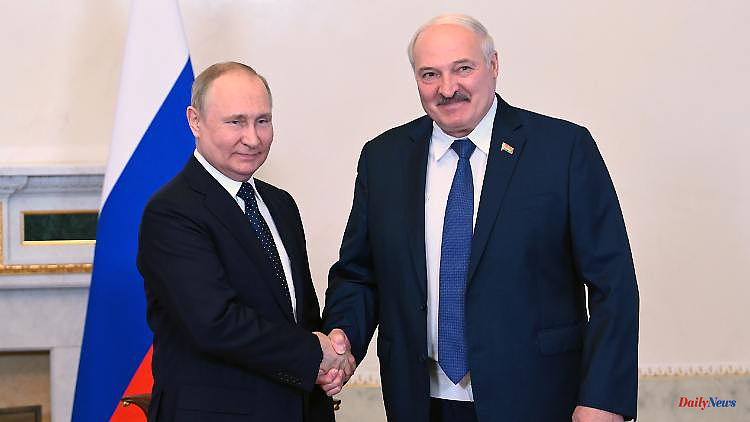 Belarus is one of the very few Russian allies. After the attack on Ukraine, head of state Lukashenko is concerned about the "aggressive" policies of the two neighboring countries, Lithuania and Poland. To protect him, Russian President Putin promises him new weapons.

Russia will soon supply Belarus with nuclear weapons. As Russian President Vladimir Putin announced at a meeting with Belarusian head of state Alexander Lukashenko, in the "coming months" Belarus will receive the Iskander-M missile system from Russia, which can also be equipped with nuclear warheads.

Putin also offered Lukashenko to help upgrade Belarusian warplanes so that they can also carry nuclear weapons in the future. The Belarusian army has many Sukhoi Su-25 fighter jets, which could be "improved" accordingly, Putin said at the beginning of a meeting with Lukashenko in St. Petersburg. The modernization must be carried out in aircraft factories in Russia, and at the same time staff training can begin.

Lukashenko said at the meeting that he was concerned about the "aggressive" policies of neighboring Lithuania and Poland. He therefore asks Putin to give a "symmetrical answer" to it.

Lukashenko already expressed the desire to buy the powerful weapon system in May. "With such armament, it's a completely different army," said the autocratic leader of his armed forces. He also announced that he intends to buy the S-400 air defense system from Russia.

The Iskander missiles and cruise missiles are fired from heavy trucks and have a range of up to 500 kilometers. They can carry conventional or nuclear warheads. The S-400 can engage aircraft and incoming missiles within a radius of 400 kilometers. Lukashenko was only able to defend himself against strong protests from his own population in 2020 with Moscow's backing.

Before the meeting between the two autocrats, the Ukrainian government declared that Russia was trying to draw Belarus into the war. As evidence of this, the government in Kyiv cited several Russian rocket attacks, which are said to have been carried out from Belarusian territory early in the morning. "Today's attack is directly related to the Kremlin's efforts to drag Belarus into the war in Ukraine as a comrade-in-arms," ​​the General Directorate of Ukraine's Intelligence Service wrote on Telegram.

Around 5:00 a.m. (4:00 a.m. CEST), the Chernihiv region was massively attacked with rockets, the Ukrainian army's northern command announced on Facebook. "20 rockets" were launched "from Belarusian territory and from the air" at the village of Desna, the statement said. So there were no victims. The Ukrainian army said that infrastructure had been hit, without saying whether it was military infrastructure.

According to Ukrainian intelligence, "six Tu-22M3 aircraft shot down 12 cruise missiles over the town of Petrykav," in southern Belarus. The bombers took off from Shaykovka Airport in the Kaluga region of western Russia, the secret service said. They then entered Belarusian airspace and returned to Russia after the missiles were launched.

In addition to the village of Desna, targets "in the Kyiv and Sumy regions" were also hit, it said. The village of Desna, which had 7,500 inhabitants before the war, is located 70 kilometers north of Kyiv and 70 kilometers south of the Belarusian border. Especially in the first weeks of the war, the country served as a retreat and logistical base for the Russian invasion of Ukraine. Lukashenko is an ally of Russian President Putin. 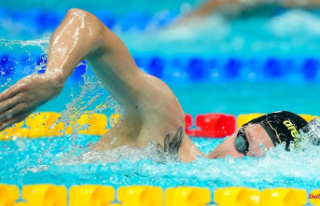