The federal government does not want to supply heavy weapons to Ukraine. 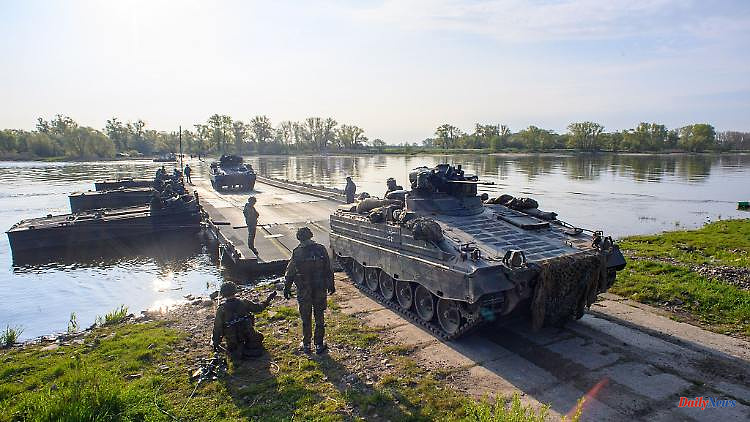 The federal government does not want to supply heavy weapons to Ukraine. But the most recent statements by SPD politician Siemtje Möller that no armored personnel carriers will be delivered either have caused resentment among the opposition.

After contradicting statements as to whether Chancellor Olaf Scholz made agreements in the NATO circle not to supply Ukraine with Western battle tanks and armored personnel carriers, the Union is demanding a public statement from the Chancellor. "The federal government gives a chaotic picture of decisions and communication," said Union parliamentary group leader Johann Wadephul to the Tagesspiegel. "The chancellor is obviously the prisoner of his faction and unable to set the political course," emphasized Wadephul.

Anyone who supplies anti-aircraft tanks with twin 30-millimeter cannons - Wadephul means the approved delivery of around 30 Gepard anti-aircraft tanks - can also supply Marder with a 20-millimeter on-board cannon. "It was and is all about these 100 or so infantry fighting vehicles that Rheinmetall could have delivered long ago. How long will the Greens and FDP look at this?" Wadephul asked, referring to the SPD's coalition partner in the traffic light coalition.

According to information from the Tagesspiegel, there were talks about these issues at NATO chief level - but it is unclear whether the agreements are binding. NATO emphasizes that each member country ultimately makes its own decisions about deliveries at the national level. For example, the federal government only wants to leave the Leopard main battle tank to Eastern European partners in the course of ring exchange deals, but not deliver it to the Ukraine.

On May 13, Scholz reported to the Defense Committee about agreements with the United States and Great Britain, among others, that no western main battle tanks should be delivered to Ukraine for the time being. Because of the greater destructive power of modern battle tanks, such as the Leopard 2, there could otherwise be a risk that Russian President Vladimir Putin would classify these states or NATO as a war party, the argument goes. Infantry fighting vehicles, on the other hand, are primarily intended to bring soldiers into battle and have much less firepower.

However, after Parliamentary Defense Secretary Siemtje Möller said on ZDF that it was also the common position of Western NATO partners not to supply infantry fighting vehicles in addition to battle tanks, the Union demanded clarity from the Chancellor. When asked by the Tagesspiegel, the Chancellery left open whether there was also an informal NATO agreement at chief level, which has not yet been communicated to the Defense Committee, not to deliver armored personnel carriers to Ukraine either. That would explain why the Chancellery has not yet given the go-ahead for the delivery of up to 100 Marder armored personnel carriers requested by the Rheinmetall Group.

The Chair of the Defense Committee, Marie-Agnes Strack-Zimmermann, reiterated her demand that a central coordinator in the Chancellery be needed for the complicated arms delivery and ring exchange issues. "We finally need someone to take charge of this," she told the Tagesspiegel. 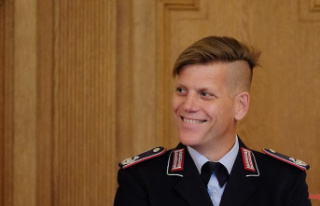