In several East German cities, citizens are venting their anger at what they see as political grievances. 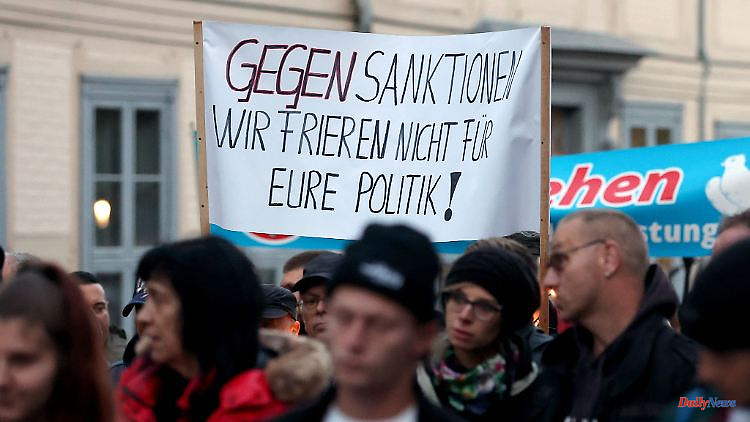 In several East German cities, citizens are venting their anger at what they see as political grievances. Occasionally there are counter-protests. The spectrum of political issues about which there is dissatisfaction is wide.

Several thousand people gathered for protests in various East German cities over the long weekend on German Unity Day. The demonstrations were aimed, for example, against the current policy of the federal government, inflation, the war in Ukraine and the corona measures.

According to initial police reports, around 10,000 people took to the streets in Gera (Thuringia). Participants in a protest march in the evening called for an end to sanctions against Russia. Björn Höcke, party and faction leader of the AfD in Thuringia, took part in the march. The AfD is observed in the federal state by the Office for the Protection of the Constitution. According to the police in Gera, around 370 people had gathered earlier that afternoon under the motto "Destroy the unity of the right-wingers".

According to the police, more than 7,000 demonstrators came together in about 15 cities in Mecklenburg-Western Pomerania on the Day of German Unity, including Schwerin, Wismar, Ludwigslust, Neubrandenburg, Güstrow and Waren. Among other things, they called for "an energy policy that remains affordable" and "a peace policy instead of arms deliveries to Ukraine".

In Saxony, too, people demonstrated in many places. In the center of Leipzig there was, among other things, an elevator under the motto "For peace, freedom and self-determination" with numbers of participants in the lower four-digit range, as the police announced. In Dresden, people came together for two meetings, including the AfD. According to the police, around 1,400 people had already moved through downtown Dresden on Sunday. A good dozen people demonstrated against the "walk" directed by the Free Saxony party, which is assigned to the right-wing extremist spectrum.

According to the police, around 2,700 demonstrators were out and about in the city center of Saxony-Anhalt's state capital Magdeburg early on Monday evening. According to a dpa reporter, around 2,000 people marched through the city center in Frankfurt (Oder) in Brandenburg. According to the police, a demonstration with several hundred participants was registered for Monday evening in Cottbus, the second largest city in Brandenburg. 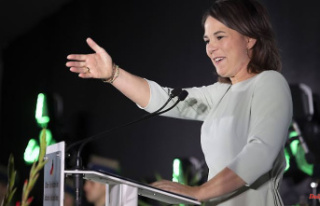 Before talks about reparations: Baerbock in Poland:...