The dispute over the rule of law in Poland threatens to escalate again. 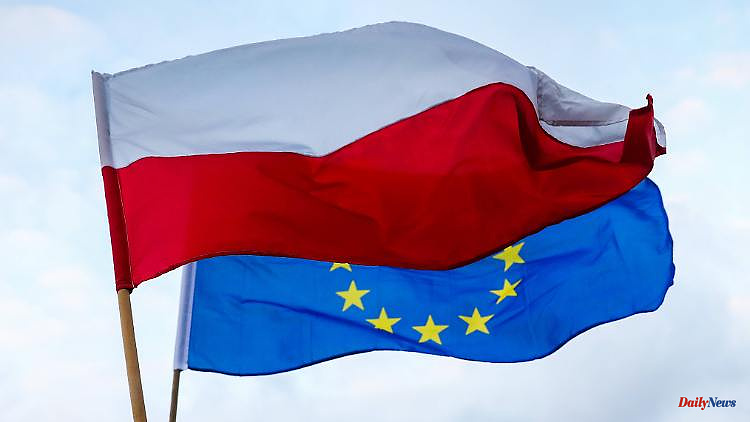 The dispute over the rule of law in Poland threatens to escalate again. In an initial analysis, the EU Commission considers the previous changes in the law to be insufficient. Poland's government is therefore likely to have to wait even longer for the withheld EU funds.

The EU Commission considers the latest changes to the Polish judicial system to be insufficient to dispel doubts about compliance with rule of law standards. The payment of funds from the multi-billion EU pot to cushion the economic consequences of the Corona crisis is therefore likely to be further delayed.

In proceedings before the European Court of Justice, the Brussels authority made it clear that, in its view, controversial provisions were not repealed after an initial analysis. In particular, the exclusive competence of the Supreme Court's "Chamber for Extraordinary Review and Public Affairs" for questions of the independence of the judges had not been abolished. It was also noted that the new law does not immediately reinstate the suspended judges, but only provides for a review procedure. According to the EU Commission, such cases should actually be examined by an independent court within the statutory period.

The authority's analysis is particularly relevant because the government in Warsaw recently hoped to gain access to funds of up to 35 billion euros after a new "law on the Supreme Court" was passed. The EU Commission has been blocking the release of the funds for months because it sees blatant deficiencies in the Polish judicial system. Most recently, however, an agreement was reached with the government in Poland on the conditions for disbursing the funds. Warsaw assumed that the new law would meet the requirements.

Poland had already submitted its development plan in May 2021. In order to receive money from the so-called Recovery and Resilience Facility (RRF), member states must submit a plan with investment and reform projects, which should actually be assessed by the Commission within two months. However, EU Commission President Ursula von der Leyen has called for Poland to reverse crucial judicial reforms in order to restore the independence of judges.

One of the sticking points was the disciplinary body, which could punish and dismiss any judge and prosecutor. Poland said goodbye to this in mid-June. The chamber at the Supreme Court, introduced in 2018, was a centerpiece of the judicial reform of the national-conservative PiS government. In July last year, the European Court of Justice ruled that Poland was violating European law. On Tuesday, an oral hearing before the ECJ after a complaint by the EU Commission was again about the chamber.

The Disciplinary Chamber is now being replaced by a new "Professional Responsibility Chamber". Judges previously serving in the Disciplinary Chamber will be transferred to other positions on the Supreme Court or may retire. Among all Supreme Court judges, excluding the Presidents of Chambers of the Supreme Court, 33 people will be drawn at random, from whom the President will select 11 judges to form the new "Professional Responsibility Chamber" for a five-year term.

The agreement on Poland's recovery plan at the beginning of June stipulates that Poland will only receive money if it implements various intermediate goals. "First the milestones have to be reached, then the money will be paid out," said von der Leyen. In addition to the abolition of the disciplinary chamber, the Polish Corona recovery plan provides that judges may no longer be disciplined if they ask the European Court of Justice to interpret EU law. In addition, judges who are already affected by decisions of the Disciplinary Body must be able to have these decisions reviewed by an independent court. 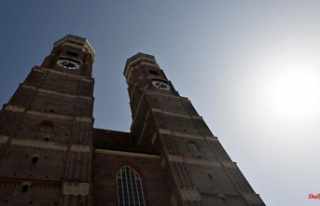