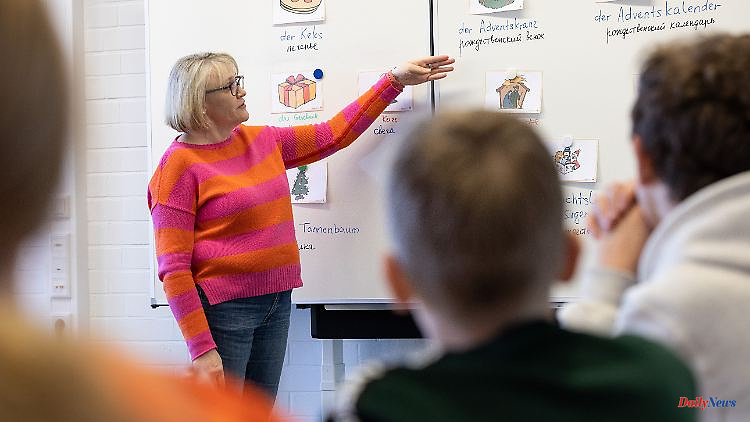 Last year, the public sector employed more than five million people for the first time. Despite numerous newly filled positions, many areas are reaching the limits of their capabilities, warns dbb boss Silberbach. In the forthcoming collective bargaining, higher incomes will continue to be demanded.

After a significant increase in jobs in the public sector, the number of employees at federal, state and local level has passed the five million mark. Around 5.096 million employees worked there in 2021, according to the "Public Service Monitor" of the civil servants' association dbb. In 2020, just under 4.97 million people were employed by the federal, state and local governments.

dbb boss Ulrich Silberbach referred to the increasing tasks in many areas of public service. Despite the increase in jobs, the limits of performance have been reached in many areas, said Silberbach. In 2019 there were around 4.88 million and the year before 4.80 million public sector employees. The figures are based on data from the Federal Statistical Office, they also include employees in social insurance.

According to the latest figures, around 58 percent of women are employed in the public sector. More than 37 percent of the employees are civil servants, almost 63 percent are salaried employees. 66 percent work full-time and 34 percent part-time.

According to Silberbach's assessment, there is still a shortage of more than 360,000 employees nationwide to adequately carry out the tasks of general interest. Whether in the expansion of day care centers, in rescue services, the health sector, for approval procedures in economic transformation or in other fields - according to the dbb, there is a lack of specialists in the public sector everywhere. The chairman of the dbb civil servants' association and collective bargaining union called for a turnaround in personnel and financial policy for more staff for municipalities, states and the federal government.

The conditions for employees in the public sector are also in focus at the beginning of the new year, when collective bargaining for the municipalities and the federal government begins. The unions Verdi and dbb demand 10.5 percent more income, but at least 500 euros more per month. The negotiations are in Potsdam from January 24th. The 64th dbb annual conference will take place on January 9th and 10th. At the congress in Cologne, the dbb wants to address how the Russian war against Ukraine, climate change, the energy crisis, the shortage of skilled workers and other critical developments are increasing the pressure on state institutions.

1 Fighting for Kreminna in Luhansk: Kyiv advances on... 2 Statements about crooked deals: Scholz does not remember... 3 Packaging law applies from January: consumers get... 4 Up to 20 degrees at the turn of the year: a warm air... 5 Autopilot outwitted on A70?: Tesla driver falls asleep... 6 New regulation from 2023: No license for the company... 7 Bavaria: Man killed by tree while felling wood 8 North Rhine-Westphalia: Only half of the property... 9 Mecklenburg-Western Pomerania: SSC wants to "take... 10 Bavaria: BIHK survey: staff shortages in all sectors 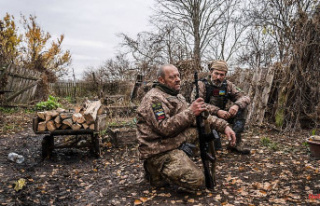 Fighting for Kreminna in Luhansk: Kyiv advances on...