Camilla and Charles' love began with polo in the early 1970s. 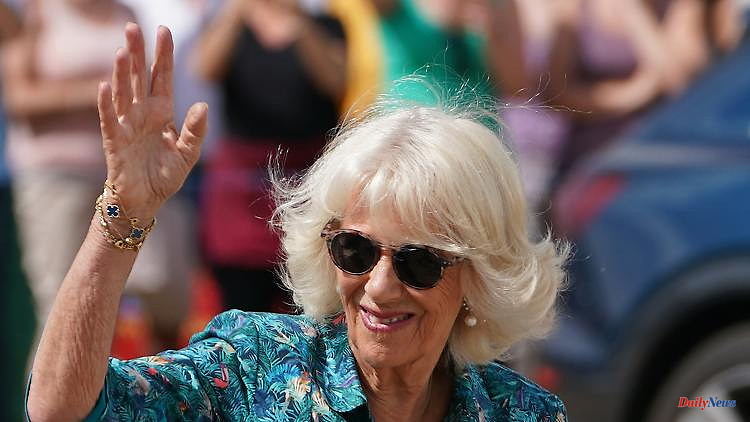 Camilla and Charles' love began with polo in the early 1970s. However, they have to wait decades for their marriage. Charles first marries Princess Diana, whom he cheats on with Camilla. And Camilla is under the hood too. For a long time she was hated by the British for the affair.

For a long time it looked as if she would follow in the footsteps of her great-grandmother Alice, the mistress of King Edward VII. But Duchess Camilla has long since discarded the unflattering title of "third" in the marriage of Prince Charles and Princess Diana. Many Britons have now reconciled with the once unloved partner of the heir to the throne. Now she is on the side of the new king Charles III. move into Buckingham Palace as Queen's Consort.

For years, Camilla and Diana were rivals - and for a long time the British seemed to share the princess' dislike for the rival she once mocked as "Rottweiler". After Diana's divorce and her tragic accidental death in August 1997, they were only slowly able to warm to the "new girl" at the side of the heir to the throne. For a long time, the British only regarded her as an adulteress and destroyer of the alleged "dream couple" Charles and Diana.

Camilla and Charles met playing polo in the early 1970s and fell in love. But the self-confident daughter of the British officer and wine merchant Bruce Middleton Hope Shand and granddaughter of the third Baron Ashcombe was not considered befitting of a future British king.

The "dream wedding" between Prince Charles and Princess Diana followed in 1981. However, the heir to the throne's feelings for his childhood love remained unchanged - and a few years after the wedding they resumed their affair. Then, in 1993, a highly embarrassing media-released recording of an intimate phone call finally ended any doubts about the nature of their friendship.

Camilla and Andrew Parker Bowles divorced in 1995, followed a year later by Charles and Diana. Many Britons blamed Camilla for the failure of the heir to the throne's marriage to the glamorous and popular princess. After their accidental death, a quick wedding of the couple was therefore out of the question.

Slowly, however, and with the help of a skilful press work by the court, the British got used to Camilla as a partner at the side of their heir to the throne. When the couple finally married in April 2005, 20,000 people cheered them on the streets of Windsor. In the meantime, most Britons have accepted the former hate figure Camilla. According to a survey, the 75-year-old was the eighth most popular royal in the second quarter of this year.

The down-to-earth duchess with her penchant for tweed and the flair of a typical country aristocrat is considered discreet, approachable, humorous and warm-hearted. In recent months she has taken on more and more representational duties - together or without her husband - and she is also the patron of around a hundred organizations.

Camilla's performances reflect her diverse interests, from her popular Instagram book club to animal welfare. In interviews, she spoke openly about her mother's battle with osteoporosis and her hobbies of gardening and horse breeding. Together with Duchess Kate, the wife of Charles' eldest son Prince William, she also supports a campaign against violence against women.

The sons of the British heir to the throne no longer have a problem with his second wife. In 2005, William's younger brother Harry firmly dismissed the image of her as a "bad mother-in-law". Camilla was a "wonderful woman who made our father very, very happy," he said at the time. And: "William and I love to eat them."

The Queen showed just how much Camilla was loved by her mother-in-law when she decided in February that Charles' wife would be Queen Consort after his accession to the throne. 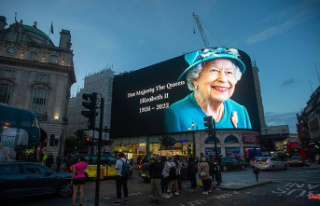 Chronology of Events: What happened in the Queen's...