The US has been selling arms to Taiwan for years. 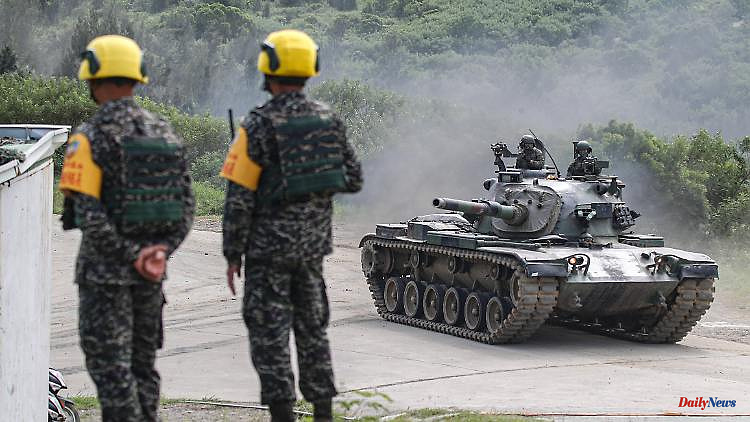 The US has been selling arms to Taiwan for years. Amidst the increasing tensions between Beijing and Washington, the US Senate is now offering the prospect of direct military aid for the first time. The new draft law envisages amounts in the billions. China is again threatening "serious consequences".

China has sharply criticized the US Senate's push for direct military aid to Taiwan. The corresponding draft law sends "the wrong signals to pro-independence and separatist forces in Taiwan," said a spokeswoman for the Ministry of Foreign Affairs. If the bill goes ahead in Washington, it will severely shake the foundations of China-US relations. In addition, there would be "extremely serious consequences" for peace and stability in the Taiwan Strait, the spokeswoman said.

The US Senate took a first step on Wednesday to provide Taiwan with billions of dollars in direct US military aid for the first time. To this end, the Foreign Affairs Committee of the House of Representatives approved a bill that would provide nearly $4.5 billion in military aid to Taiwan over four years. In addition to direct military aid, the new legislative proposal also includes sanctions against China in the event of violent action against Taiwan. It has yet to be passed by the Senate and House of Representatives and signed into law by US President Joe Biden.

The White House had expressed reservations about the move. "We will continue to communicate directly with Congress about this text," said White House spokeswoman Karine Jean-Pierre. However, she emphasized that Biden's government wants to "further deepen the partnership with Taiwan with strong diplomatic, economic and military support".

Since the split between China and Taiwan in 1949, Beijing has viewed the island as a breakaway territory that it wants to reunite with the mainland - if necessary using military force. The Russian war of aggression against Ukraine has raised fears that Beijing could use a similar approach in its dealings with Taiwan.

1 "The best tank in the world": Why Scholz... 2 Almost 180 dead soldiers: renewed ceasefire between... 3 Fight, trouble, euphoria: Davis Cup as it used to... 4 Beauty boom since the beginning of the pandemic: cosmetic... 5 Quota among seniors too low: general practitioners... 6 Before the Corona winter: Vaccination expert Sander:... 7 Have the tears dried?: Harry celebrates a sad birthday 8 Monster queue through London: The long, arduous journey... 9 Thuringia: Tiefensee also wants to support the economy... 10 Baden-Württemberg: penalty remains: VfB must pay... 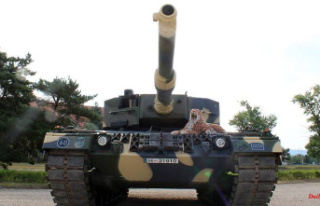