Disagreement in dealing with Putin: How can this war end?

Three months after the start of the Russian war of aggression in Ukraine, the western alliance is coming under pressure. 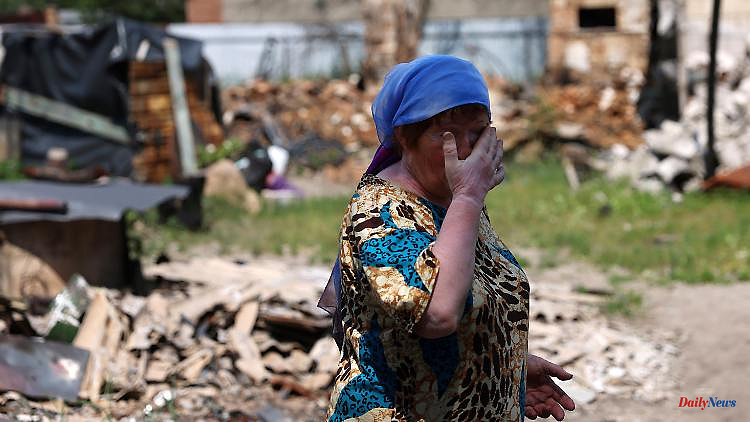 Three months after the start of the Russian war of aggression in Ukraine, the western alliance is coming under pressure. How to deal with Kremlin boss Putin? There is no unified line on this question. Opinions also differ on the war aims.

Is it better to negotiate with Russian President Vladimir Putin over his invasion of Ukraine or to isolate him? Should Kyiv make concessions to end the war or would that embolden the Kremlin? Are the increased sanctions against Russia worth the collateral damage? These are some of the questions testing the Western alliance that was rapidly rallying around Ukraine in the days following the Russian invasion. According to information from officials and diplomats, three months after the start of the war, the Alliance is under pressure to answer these questions.

As Western governments grapple with rising inflation and energy costs, countries like Italy and Hungary have already called for a quick ceasefire. This could pave the way for an easing of sanctions and an end to the blockade of Ukrainian ports, which has exacerbated the food crisis for the world's poor, they argue. However, Ukraine, Poland and the Baltic states warn that Russia cannot be trusted.

A truce would only allow Russia to consolidate its territorial gains, regroup, and launch more attacks—possibly on more countries. "The Russians have spread the narrative that this is an exhausting war. We should sit down and seek consensus," says a senior Ukrainian official.

Ultimately, the debate about the war goals is diffuse: Some, like US Secretary of Defense Lloyd Austin, but also Federal Foreign Minister Annalena Baerbock, formulate goals that go beyond the Ukraine war: Both declared that Russia must be permanently "weakened" and thus also for the safety of others neighboring countries worry. According to EU diplomats, US President Joe Biden also went too far. But Biden, in turn, is calling for Putin to be prosecuted for war crimes — raising questions about whether and how to make peace with Putin.

British Prime Minister Boris Johnson, in turn, warned that Kyiv should not be pressured into accepting a bad peace deal and that Ukraine must "win". Chancellor Olaf Scholz rules out a "dictated peace". Nevertheless, Germany and France remain unclear and, like Biden, emphasize that one must prevent Putin's victory - which sounds different than defeating him. "The fundamental question is whether we go back to the Cold War or not. That's the difference between Biden, Johnson and us," says a confidant of French President Emmanuel Macron.

Russia has argued from the start of its attacks that military support from Washington and its allies is protracting the war and keeping Ukraine from peace talks. In March, the Kremlin asked Ukraine to halt military action, amend its constitution to enshrine neutrality, recognize Crimea as Russian and the separatist-held eastern territories as independent states.

From the point of view of Ukraine and Western states, these are demands that cannot be met. Ukraine had also discussed "creative" solutions such as a long transition phase for Crimea with the central port for the Russian Black Sea Fleet. But since Russia's widespread destruction of the city of Mariupol, such offers have been withdrawn.

Since then, the federal government has also been cautious with proposals. Chancellor Scholz warns Russian President Vladimir Putin that without Ukraine's consent, he has no chance of the sanctions against his country ever being lifted. But divisions within the alliance could deepen as sanctions and war take a heavier toll on the global economy and the war lasts longer.

"It was clear from the beginning that it would become more and more difficult over time - war fatigue would come," Estonian Prime Minister Kaja Kallas told CNN. "There may be a difference between the countries that have much better neighbors than us and those that have a different history than us, the Baltic countries and Poland," she added, referring to Russia's huge neighbor.

There is also a dispute about how to deal with Russia. Macron warned that a peace must not "humiliate" Russia as it did for Germany in 1918. In Paris, too, this is now perceived as unfortunate, because Russia has clearly attacked the neighboring country. Like Scholz, Macron has kept communication channels open with the Kremlin, which has been sharply criticized in Eastern Europe. Poland's president likened the calls to conversations with Adolf Hitler during World War II.

Scholz and Macron reject calls for the talks to be broken off. "We will eventually have to deal with Mr. Putin, unless there is a palace coup," says the Macron confidante. The chancellor, on the other hand, emphasizes that the phone calls with Putin served to convey firm and clear messages to him.

Ukraine's distrust that it will eventually be pressured into signing a ceasefire agreement with the cession of territory runs deep. "We don't have a Churchill in the European Union. We have no illusions about that," said the senior Ukrainian official, referring to wartime British Prime Minister Winston Churchill. Transatlantic differences would also come in handy for Russia.

A US government official said it was more skeptical than some Europeans about Russia's good faith. But there are no "strategic differences" between the allies. The aim is to put Ukraine in a good negotiating position. 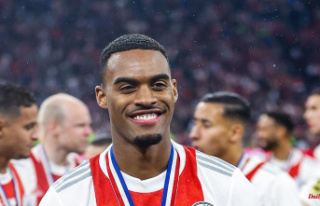