Discussion at a turning point: what the chancellor's adviser has to say about Russia

Chancellor Advisor Plötner caused a stir with statements about Russia. 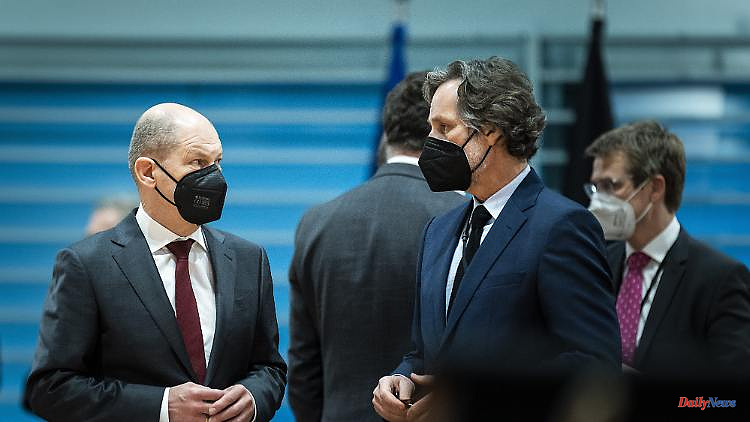 Chancellor Advisor Plötner caused a stir with statements about Russia. During an event, he outlines how he sees the central geopolitical issues. Based on these statements, CDU leader Merz sees "justified doubts" as to whether Scholz is really serious about his Ukraine policy.

Chancellor Olaf Scholz probably wanted to clear up any doubts. "To put it bluntly: A partnership with Russia, as stated in the 'Strategic Concept' of 2010, is unimaginable for the foreseeable future with Putin's aggressive, imperialist Russia," said the SPD politician in his government statement in the Bundestag .

Two days earlier there had been other sounds from the Scholz camp. Jens Plötner, the Chancellor's most important foreign and security policy adviser, chose a delicate example during an event organized by the German Society for Foreign Policy (DGAP) on Monday. When a question and answer session on the subject of "a turning point in the making" was about the geopolitical debate culture in the Baltic States, Plötner did not want to comment. He preferred to comment on Germany.

"We certainly still have a lot to do to improve the culture of strategic debate," said Plötner. He has the impression that foreign policy debates in Germany are often greatly shortened and presented with "feverishness". "To give you an example: you can fill a lot of newspaper pages with 20 martens, but there are now fewer larger articles about how our relationship with Russia will actually be in the future." That is an equally exciting and relevant question to discuss now.

With his clumsy example, Plötner achieved exactly the opposite of what he actually wanted to say. CDU leader Friedrich Merz then quoted the chancellor's adviser in his response to Scholz's government statement and added that such quotations in Germany and internationally triggered "legitimate doubts" as to whether Scholz really did what he said in the Bundestag seriously.

The excitement about Plötner has a background. For one thing, the chancellor's adviser doesn't make public statements very often. At the end of April there was a detailed portrait of him in "Zeit", in which he also has his say. While other pundits provide daily updates on Twitter, his last tweet was in August 2020. On the other hand, he stands - rightly or wrongly - for foreign policy thinking, especially in relation to Russia and especially in the SPD, "which has brought us into this terrible situation in recent decades," like the FDP politician Marie-Agnes Strack-Zimmermann accused the diplomat on Twitter. Plötner worked for the then Foreign Minister Frank-Walter Steinmeier for a long time. Today's Federal President admitted mistakes in his Russia policy a few weeks ago. As his office manager, Plötner was also involved in "Minsk II," the agreement with which Germany and France wanted to curb the Donbass war, but which was considered unfavorable for Ukraine.

The doubts raised by Merz are part of a debate that is also taking place in the SPD. Party leader Lars Klingbeil only said on Tuesday that mistakes had been made in "dealing with our Eastern and Central European partners." The sentence is a response to the accusation of lack of empathy towards Eastern Europe, which several experts had leveled against the SPD. One can see "that a large part of the SPD finds it difficult to go along with the turning point," said the historian Jan C. Behrends ntv.de.

At the DGAP event, the Chancellor's advisor outlined his view of things, because the federal government has a lot of work to do. "We are at the beginning of a turning point and are facing major challenges," said Plötner. There is war on the European continent again, the world is being shaped by systemic competition and, at the latest with the war, the vulnerability of the globalized world has become a general awareness. Therefore, Russia's war of aggression is leading to a radical rethinking, which the federal government, according to Plötner, did not just start on February 24, the first day of the war. The EU and NATO responded with the "strategic compass" (EU) or the "strategic concept" (NATO).

Plötner named three perspectives for supporting Ukraine: political, economic and military. When asked, he added reconstruction as a fourth aspect. He finds it difficult to talk about it when destruction is still the overriding motive. Chancellor Scholz is very keen to "rethink what the right form of reconstruction aid is." It is not sustainable to swing from billions to billions every month. He is arguing for something fundamental like a Marshall Plan, comparable to the US aid program for the European economy after World War II. Scholz also mentioned the Marshall Plan in his government statement.

Politically, it is about using all diplomatic forums for a "simple truth": Who is the perpetrator and who is the victim in the Ukraine war. According to Plötner, the idea that no one needs to be convinced of the question is Eurocentric. There is a measurable majority at the UN General Assembly, but not among the world population. In addition, there is economic support in the form of money and sanctions. In an almost "feverish way", as the chancellor's adviser put it, military aid is being discussed in Germany. "Here, deliveries were made early and continuously," said Plötner. "Of course we would have wished for full shelves in the Bundeswehr." In consultation with the partners, work is continuing to ensure that Ukraine gets what it needs.

There was also criticism of another sentence by Plötner: "Just because you're being attacked doesn't automatically make you a better constitutional state," he said, with a view to the country's possible accession to the EU. This attitude is a consensus in the EU - the undertone was more problematic here. Structural problems are still there and need to be addressed, says Plötner. In the vast majority of EU countries, there is a clear understanding that candidate status should not be combined with a discount for meeting the accession criteria. "That a very strict interpretation of the criteria is also the greatest service that can be rendered to the people of Ukraine," he added.

The radical rethinking caused by the Russian war of aggression also has other effects. "For us, the turning point means more Europe and a strong Europe capable of acting," said Plötner. Geopolitically, that meant not falling into the trap of saying the "West" was against the rest of the world. That's why Germany is doing an "outreach": the global democracies "with whom we have to unite" are on the guest list for the G7 summit next weekend. Chancellor Scholz also emphasized in his government statement that he had invited Indonesia, India, Senegal, Argentina and South Africa to Elmau.

Together we have to make sure "that China and Russia don't pretend to be advocates of the Global South. They're not, we're the ones who have to work to have a fair dialogue with these countries on an equal footing," said Plötner. At the next three summits (EU, G7, NATO), Germany will work to ensure that there is a differentiated view of China in the decisions. Plötner warned against lumping Russia and China together. "My concern is that if you do, it will become a 'self-fulfilling prophecy'."

China is seen by the EU as a partner, competitor and systemic rival. Each of these principles is independent of the other and requires its own approach. "The stronger the 'systemic rival' dimension becomes, the more it radiates into the others." The aim must be to reduce the systemic rivalry with China in international dealings. China has joined a number of international agreements. Here, the People's Republic must be reminded to also comply with these agreements. Speaking to the "Handelsblatt", Noah Barkin from the German Marshall Fund called Plötner's words "worrying". Accordingly, the appearance would increase the concern "that Scholz and his team are not taking China's challenge seriously".

And apparently you can't completely break away from China. "If you look at climate policy, one of the greatest challenges of our time, I'm no longer so sure how cooperation with Russia should work," said Plötner. And if that becomes difficult, it is all the more important to be in dialogue with China. He thinks it is wrong to talk about an antagonism, it also needs cooperative elements.

1 After a long dispute: EU countries agree on stricter... 2 For the first time since Khashoggi's murder:... 3 Called "offended liver sausage": Melnyk... 4 Free certificates expire: EU Parliament finds agreement... 5 Scholz before summit marathon: "Partnership with... 6 "Total consensus" among the Twenty-Seven... 7 "Aggression against Russians": Moscow accuses... 8 There is a lack of helicopters: Lambrecht is considering... 9 Politics based on 1.5 degrees: How Germany can achieve... 10 War in Ukraine: Zelensky doubts victory, NATO predicts... 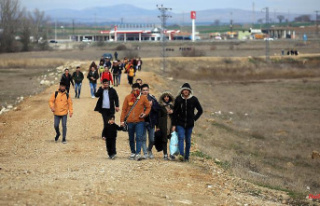 After a long dispute: EU countries agree on stricter...