Discussion with Finns and Swedes: Erdogan will not move away from veto on NATO expansion

Even the exchange with Finland and Sweden cannot change Turkish President Erdogan's mind: He sticks to his claim that the two Scandinavian countries support "terrorist organizations". 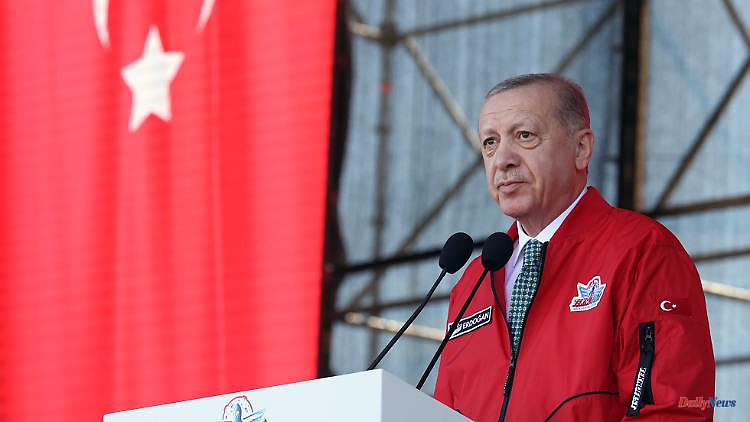 Even the exchange with Finland and Sweden cannot change Turkish President Erdogan's mind: He sticks to his claim that the two Scandinavian countries support "terrorist organizations". He is now emphasizing his rejection of their admission to NATO.

Turkish President Recep Tayyip Erdogan is sticking to his veto on NATO's northern expansion even after negotiations with Sweden and Finland. "As long as Tayyip Erdogan is at the head of the Turkish state, we cannot say 'yes' to NATO accession for countries that support terrorism," Erdogan said, according to the newspaper Hurriyet, speaking of himself in the third speaks person singular.

Talks with representatives of the two Scandinavian countries on Wednesday did not go as expected, Erdogan said. The countries had not taken the expected steps in the fight against terrorism. Erdogan spoke to Turkish journalists on a return flight from Azerbaijan. Turkey is currently the only NATO member to publicly block the start of the process of admitting the two Nordic countries into the defense alliance.

Ankara justifies its stance with the alleged support of Finland and Sweden for "terrorist organizations" such as the banned Kurdish Workers' Party PKK. Ankara is also demanding the extradition of alleged terrorists from both countries. It is unclear which people are involved. According to the Turkish media, the government-critical publisher Ragip Zarakolu, who lives in Sweden, is also on the extradition list.

Regarding a possible new military offensive by Turkey in neighboring Syria, Erdogan said the United States must fulfill its duty in the fight against terrorism. If the US does not fulfill this task, Turkey will take care of itself. He repeated an often-uttered threat: the Turkish military could suddenly strike at night. Turkey has already carried out military operations in Syria several times, which were mainly directed against the Kurdish militia YPG. Erdogan threatened a new offensive in Syria on Monday. The YPG - US ally in the Syrian civil war - sees Ankara as an offshoot of the PKK. 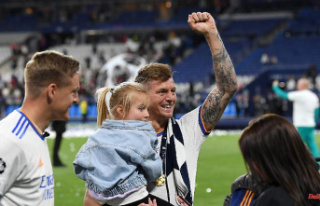