From the Krupp chief secretary to the Bundestag and various parties to the founder of the self-proclaimed senior citizens' protection association - Trude Unruh's life was eventful. 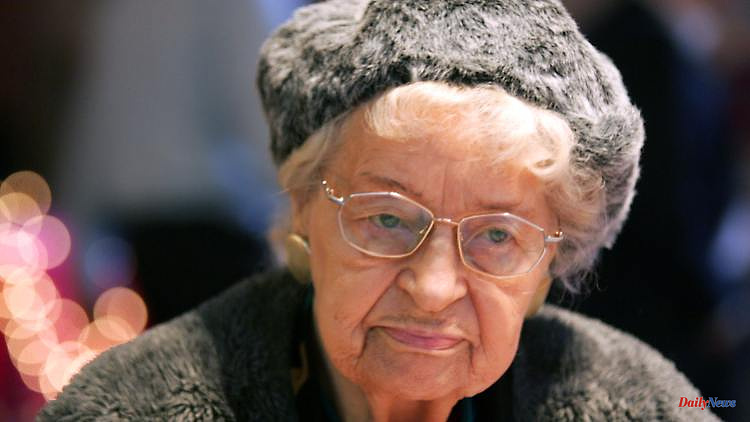 From the Krupp chief secretary to the Bundestag and various parties to the founder of the self-proclaimed senior citizens' protection association - Trude Unruh's life was eventful. It is now known that she died some time ago at the age of 96.

The co-founder of the Senior Citizens Protection Association and the Gray Panther party, Trude Unruh, is dead. As the city of Wuppertal confirmed, Unruh had already died on November 30 last year at the age of 96. However, the death of the controversial and argumentative politician, who had withdrawn from the public many years ago for health reasons, has only just become known. Nothing is known about the cause of death.

On its website, the Federal Association of Gray Panthers praised the activist, who was born Gertrud Kremer on March 7, 1925, as a "tireless fighter for the rights of the old and the young". The co-founder of the Gray Panthers has achieved a lot since 1975. "Countless cornerstones of her work have become important and right for people." The association will "miss its argumentative role model" and promise to continue. Her name was program for Trude Unruh. "As long as I'm alive, I'll keep fighting," said the Westphalian, for whom retirement was a foreign word, in an interview many years ago. Most recently, Unruh was ill.

From 1987 to 1990 she was a member of the German Bundestag. The former chief secretary of the Krupp company was elected via the state list of the Greens in North Rhine-Westphalia, but was later expelled from the parliamentary group for founding the party Die Grauen. From 1968 to 1973, Unruh was a member of the SPD, later she switched to the FDP and other political groups.

1 Chinese fighter jets launched: US leader Pelosi arrived... 2 Recalculation of wealth: Germans are much richer than... 3 Birth rate at rock bottom: China heading for demographic... 4 By the end of the 2020s: Astronaut Matthias Maurer... 5 Saxony-Anhalt: save electricity: Halle wants to do... 6 Baden-Württemberg: homicide: the police are looking... 7 Al-Qaida as an organization is dead, but al-Qaida... 8 “Take the stairs more often” – this is how Deutsche... 9 Al Qaeda Chief: How the US Tracked Down and Killed... 10 The delicate argument with which Germany rejects queer... 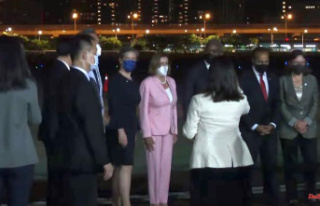