It is the second attempt by the US judiciary to put ex-Trump advisor Bannon on trial: the New York prosecutor's office is charging him with allegedly embezzling donations that Trump voters used to build a wall on the border were collected to Mexico. 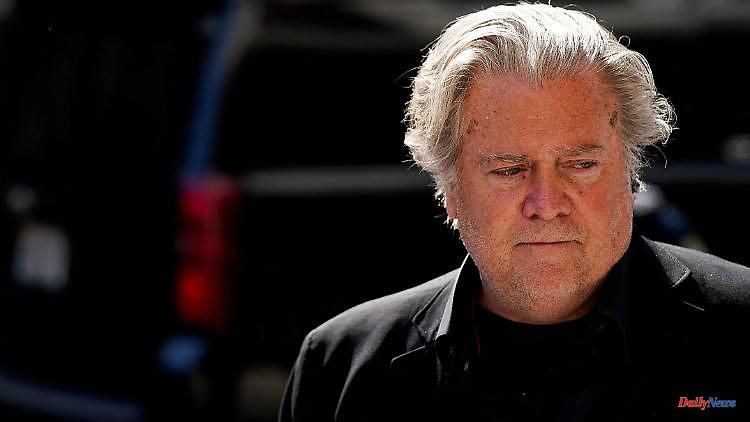 It is the second attempt by the US judiciary to put ex-Trump advisor Bannon on trial: the New York prosecutor's office is charging him with allegedly embezzling donations that Trump voters used to build a wall on the border were collected to Mexico.

The former chief strategist of ex-President Donald Trump, Steve Bannon, is facing renewed charges of fraud in connection with the construction of the wall on the border with Mexico, according to US media reports. Bannon has an appointment with the New York City Attorney's Office Thursday to face charges, Bannon's attorney, Robert Costello, told CNBC.

According to US media reports, it is about an affair for which Bannon was first accused of fraud and money laundering in 2020. The former Trump advisor was temporarily arrested in August 2020 on suspicion of having embezzled large sums of donation money together with three accomplices. The donations should therefore actually be used to finance the wall planned by Trump on the border with Mexico. However, Bannon never went to court in the case because Trump pardoned him on January 19, 2021 - one day before the end of his term.

In response to the impending re-indictment, Bannon has now said it was a "sham investigation" against him just two months before the midterm elections to Congress. He accused the judiciary of "armed partisan politicization". Just six weeks ago, a Washington court found Bannon guilty of obstructing Congress after refusing to testify before the investigative committee into the January 6, 2021, storming of the Capitol.

Trump appointed Bannon his campaign manager in 2016. After Trump took office in January 2017, Bannon, known for his anti-Islamic positions, became chief strategist in the White House. After a falling out with Trump, he was released about six months later. Nevertheless, the two remained close and were in touch the day before Trump supporters stormed the Capitol.

1 Germany with top value: Solar power production in... 2 Alcaraz before the coronation at the US Open: The... 3 Real, City and PSG win in CL: Haaland hosts the next... 4 With ten new players against Bulgaria: DFB-Elf celebrates... 5 NFL exclusively on free TV: RTL announces spectacular... 6 Third child with third wife: Nicolas Cage is father... 7 Precursor to skin cancer: Bill Kaulitz scares his... 8 After a TV wedding with Heidi Klum: Theresia Fischer... 9 "Tolkien is turning in his grave": Elon... 10 A kiss on the red carpet: Andrej Mangold shows his... 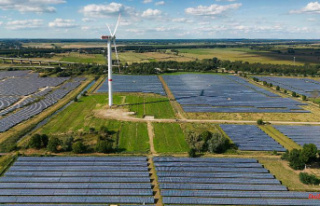