"Down with Xi!": A wave of protests grips major Chinese cities

In many parts of the country, the Chinese are protesting against the tough corona measures. 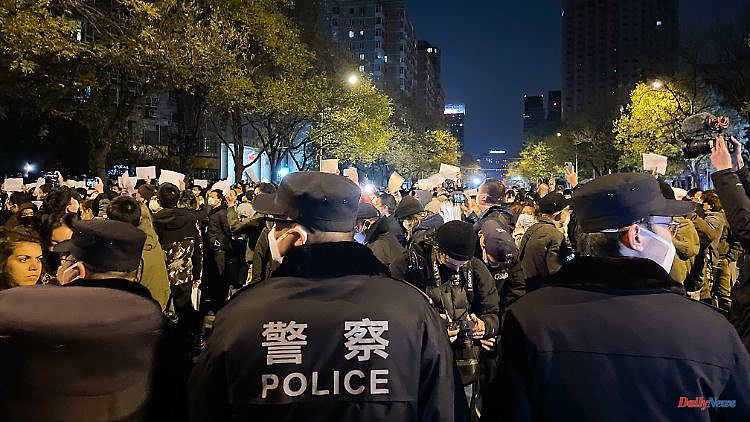 In many parts of the country, the Chinese are protesting against the tough corona measures. The trigger is a deadly fire in an apparently cordoned off house. But now the protests are about more than that.

In China, there have been clashes with security forces during demonstrations against the strict corona measures and thus also against the government. The protests, which have flared up again and again for three days, spread to several cities and continued early Monday morning. "Down with the Chinese Communist Party, down with Xi Jinping," said a group in the financial metropolis of Shanghai, according to eyewitnesses, looking at the president.

Public protests against the government and President Xi are rare in China, and the recent spate of civil disobedience is unprecedented. On Sunday evening, demonstrators in Shanghai held up white sheets of paper as a sign against censorship. As early as Saturday evening, people took to the streets to vent their displeasure. At first it was a vigil for ten people who died in a high-rise fire in Urumqi. But over the course of the night, this turned into protests. Demonstrations were also reported from the cities of Wuhan and Chengdu on Sunday.

China is pursuing a zero-Covid policy, which entails far-reaching lockdown measures. The rise in the number of infections makes it less likely that China will ease its strict policy any time soon. On Sunday, the authorities reported almost 40,000 new infections.

The lockdowns and the global economic downturn are slowing down the second largest economy in the world. From January to October, industrial profits fell by three percent compared to the previous year, according to data from the national statistical office. The risk of a recession in the global economy has increased and companies are increasingly under pressure, it said.

People are less and less willing to bow to the measures, and unrest breaks out. In Urumqi, capital of western China's Xinjiang region, there were protests on Friday. One of the longest lockdowns was imposed there: Many of the four million inhabitants are not allowed to leave their homes for up to 100 days. A fire in a high-rise building killed ten people on Thursday. The view spread on social networks that the building was partially locked and therefore many residents did not make it out in time. At a press conference, the authorities denied that anti-corona measures had hindered escape and rescue efforts. Vigils were also held in other cities, including the universities of Nanjing and Beijing.

In Shanghai, the police presence was high on Sunday. There was a scuffle with security forces trying to disperse the crowd. "People here are not violent, but the police arrest them for no reason," said a 26-year-old. "They tried to arrest me, but the people around me grabbed my arms so tightly and pulled me back so I could escape."

A witness from Reuters news agency saw police escorting protesters onto a bus, which later drove away through the crowd with a few dozen people on board. Videos in Shanghai showed people shouting "serve the people" or "we want freedom". In the spring, the city with its 25 million inhabitants was strictly sealed off for two months. At that time there had already been rare protests.

"I'm here for freedom. Winter is coming. We need our freedom," a protester told Reuters news agency. "I'm here because I love my country, but I don't love my government," said another protester. He wanted to be able to go out freely, but that was not possible. "Our Corona policy is a game and is not based on science or reality."

1 Wild World Cup fight: Superjoker Füllkrug saves strong... 2 Electricity back in Kherson for the first time: Zelensky... 3 New trade strategy: Canada wants to free itself from... 4 Many routes are threatened with the end: the railway... 5 At least ten dead: gunmen attack hotel in Mogadishu 6 Arrested during protest: BBC alleges mistreatment... 7 FDP against additional burdens: Traffic light argues... 8 "Not time for simplification": FDP opposes... 9 Hesse: Bus driver is on trial after a fatal accident 10 Hesse: Government provides information about the fight... 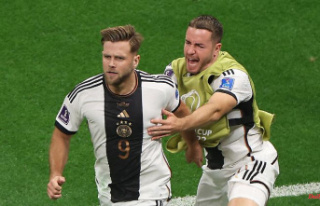