Dozens of units involved: 96 gun salutes for the Queen - across the country 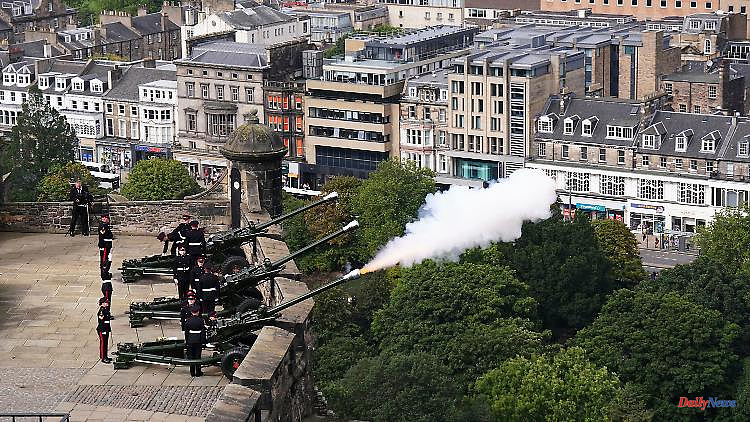 London, Edinburgh, Cardiff, Gibraltar - in several places, military units commemorate the late Queen with a gun salute. Strictly choreographed, they pay homage to the monarch with one shot for each year of her life.

An hour after bells rang from hundreds of churches in Britain, ceremonial cannon salutes were fired across the country in memory of the late Queen. Cannons were used at the Tower of London, in Edinburgh, Cardiff, Plymouth, York, Stonehenge and in Gibraltar, the British Overseas Territory at the southern tip of Spain, and on board several warships, as the Ministry of Defense reported.

Soldiers, some in ceremonial uniform, fired a shot about every ten seconds. A total of 96 shots were fired - one for each year of Elizabeth II's life. The Queen died on Thursday at her Balmoral estate in Scotland.

In the evening, her son Charles will present himself in his capacity as King Charles III. address the people for the first time in a speech. The official proclamation will take place in London tomorrow, Saturday.

1 "What an incredible woman": How the Queen... 2 Heir to the throne of hearts: Many Britons wished... 3 Ruling on price increases: price clause for Spotify... 4 Baden-Württemberg: Lama escaped: Alpaca stallion... 5 Baden-Württemberg: Operator: Cable car in the amusement... 6 Hesse: rejuvenation for Frankfurt's T-Rex: figure... 7 Bavaria: Man dies in a hunting accident near Hilpoltstein 8 Hesse: "Mood is good": Darmstadt without... 9 Baden-Württemberg: successor to the 9-euro ticket:... 10 Visas are becoming expensive and time-consuming: the... 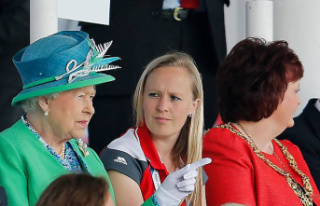 "What an incredible woman": How the Queen...