Drones over Taiwanese island: China continues to play with Taiwan

China has not shown its neighbors its military capabilities so comprehensively for a long time: Taiwan and its allies are currently being informed about the seriousness of China's claim to power. 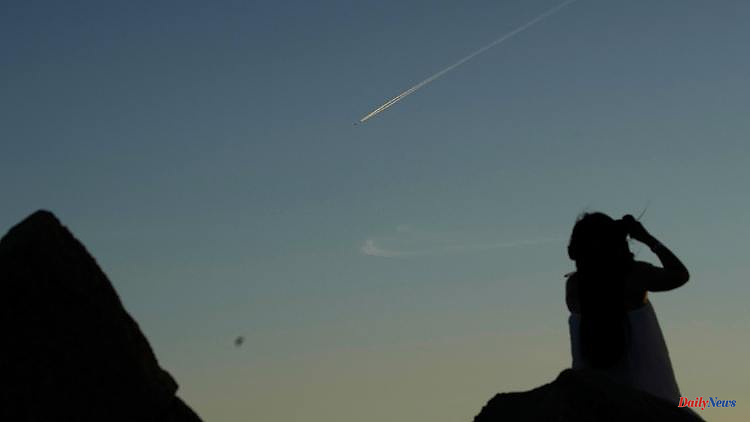 China has not shown its neighbors its military capabilities so comprehensively for a long time: Taiwan and its allies are currently being informed about the seriousness of China's claim to power. Limits are tested, strained and overflown.

China continued its large-scale maneuvers around Taiwan in the morning. Taiwan's President Tsai Ing-wen condemned the exercises as an "irresponsible threat" not only in the Taiwan Strait Straits but also to the entire region. As Taiwan's military reported in Taipei, 20 Chinese military aircraft and 14 warships took part in the exercises the day before.

Chinese drones have also been observed again over the offshore Taiwanese island of Kinmen, which is only ten kilometers from the port city of Xiamen on the Chinese coast. According to experts, there had been no overflight of the island since the 1950s.

Chinese and Taiwanese warships also played "cat-and-mouse games" on the high seas, as the Reuters news agency writes: Some of the Chinese ships are said to have crossed the unofficial border line, according to a person familiar with the matter. Taiwan then tried to prevent them from doing so. However, both sides showed restraint.

The Chinese leadership in Beijing launched the maneuvers in response to the visit of US House Speaker Nancy Pelosi to Taipei this week. The exercises are scheduled to end this Sunday. It is China's largest show of military power against Taiwan since missile exercises in the mid-1990s, when the United States deployed two aircraft carriers to the Taiwan region.

Pelosi's visit to the island's democratic republic was the highest-ranking visit from the United States in a quarter of a century. China is angry because it claims Taiwan as its own. It sees the island as part of the People's Republic, threatens to conquer it and vehemently rejects official contacts with other countries. But the Taiwanese have long seen themselves as independent.

At the peak of the maneuvers on Thursday, China's air force had flown more than 100 sorties with fighter jets, bombers, early warning and tanker aircraft and other military aircraft, according to the Eastern Command of the People's Liberation Army. Eleven ballistic missiles were also launched from the mainland. According to press reports, one of them flew near the capital and thus for the first time directly over Taiwan.

After initially practicing for a sea and air blockade, the Chinese armed forces simulated an attack on the island on Saturday, according to Taiwanese sources. China's Eastern Command confirmed that "assault skills" had been practiced. According to Chinese experts, the maneuvers also serve to prepare for an invasion of the island, which has a population of 23 million.

Taiwan Premier Su Tseng-chang urged China not to flex its military muscles. He also said foreign enemies are trying to undermine the morale of the Taiwanese people with cyber attacks and disinformation campaigns.

Taiwan's highest representative in Washington, Hsiao Bi-khim, was quoted as saying: "We don't want war. We want peace. We will do everything to de-escalate. But we will not surrender our freedom." 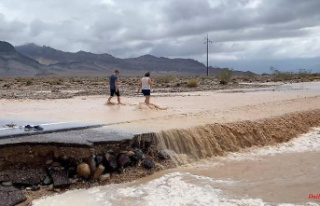