Because AfD federal party leader Weidel is no longer running for state presidency, her southwestern state association is looking for a successor. 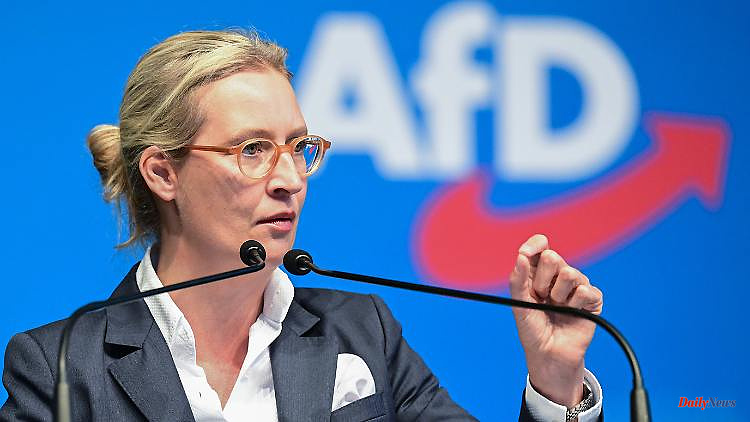 Because AfD federal party leader Weidel is no longer running for state presidency, her southwestern state association is looking for a successor. But neither of the two candidates gets an absolute majority. After that it gets complicated.

It's a party conference like no other, even experienced observers have experienced: Extremely narrow voting results, candidates capitulating and a leader who sends everyone out of the hall because rumors about the manipulation of electronic voting machines are circulating. Two hostile camps are facing each other at the AfD in Stuttgart - it's about the successor to Alice Weidel, who is giving up the state chairmanship of the party in Baden-Württemberg because she wants to concentrate on her Berlin offices.

What was actually structured and planned through turns into hours of hanging and choking. The battle in Hall 3 of the Stuttgart Exhibition Center was not over until 8:15 p.m. Member of the Bundestag Markus Frohnmaier and Member of the Landtag Emil Sänze are confirmed as the new dual leadership of the AfD. Both shake hands and smile, the members clap in relief, because a war of nerves is behind them.

In terms of tonality, the two don't differ that much on this day, but they are attributed to different camps in the Southwest AfD. Frohnmaier belongs in the Weidel camp, he was deputy state chairman for two years. Sänze, parliamentary manager of the parliamentary group, is attributed to the völkisch-national camp and is said to be close to the "wing" - which is actually banned, but whose influence is still so strong that the entire AfD state association has recently been observed by the Office for the Protection of the Constitution.

The rift between moderate-conservative and folkish-national members has run deep and deep through the state association for a long time. The problem at this party conference is that for the first time the two camps in the hall are apparently represented in almost identical numbers and the far right camp is therefore significantly stronger than before. "Never again will there be a party conference in the summer," says a state deputy on the sidelines. Because the moderates, according to his analysis, are all on vacation, lying in the sun. But the radicals would come in any weather. "They have nothing else."

First of all, the members of the Bundestag Dirk Spaniel and Martin Hess compete against each other in the mess hall. Hess sees himself as belonging to a moderate current in the party. Spaniels, on the other hand, are said to be close to the "wing". Neither of the two achieves an absolute majority, the two withdraw. Even if a candidate were to achieve more than 50 percent approval in a further ballot, that would not contribute to the agreement and pacification of the state association, said Hess. "We must not damage ourselves further." Spaniel doesn't want to give up, is still promoting a double lead with Hess. However, the majority of members reject this.

Then Frohnmaier and Sänze spontaneously compete against each other. They, too, just barely missed a majority. Frohnmaier comes to 47.23 percent, Sänze to 46.51 percent. "Not an easy day," comments Frohnmaier. The evening is getting later and later. The candidates then agree to lead the national association together. This time, the majority of members vote in favour.

It can at least be doubted whether the new dual leadership can fill in the trenches in the Southwest AfD. Especially since the association has had very bad experiences with dual leadership. Spaniel and the faction leader Bernd Gögel led the party together in 2019 and fell out so badly that the AfD only made headlines with mud fights and hatred. Finally, Weidel took over before the first wave of corona to pacify the association. The party congress in the Stuttgart exhibition center could not have demonstrated more clearly that it was not really successful. 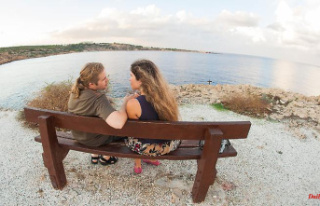