Election chaos in the US Congress: Republican McCarthy also fails in the fourth ballot

Republican Kevin McCarthy once again missed the required majority for the election as chairman of the US House of Representatives. 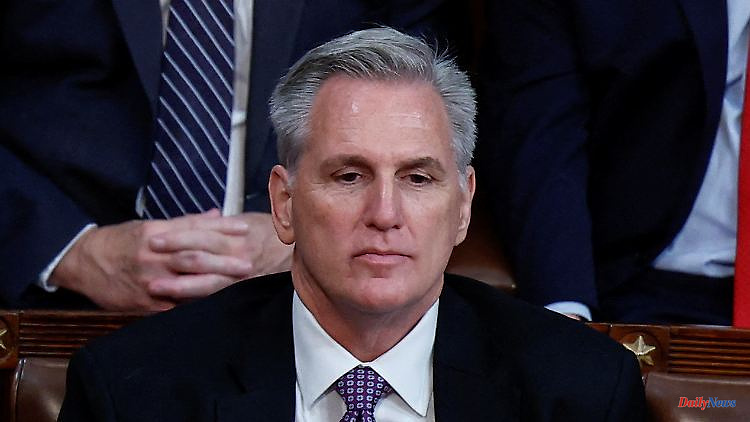 Republican Kevin McCarthy once again missed the required majority for the election as chairman of the US House of Representatives. It is already the fourth round of elections. Apparently, even the intervention of ex-President Trump cannot end the election chaos.

The Republicans in the US House of Representatives have failed for the fourth time in trying to elect a new chairman for the Congress Chamber. The previous group leader Kevin McCarthy did not initially receive a sufficient majority among his party colleagues after three attempts on Tuesday. The ally of former President Donald Trump faces staunch opposition from ultra-conservative Republicans, who make up less than 10 percent of the caucus.

Once again, Republicans had nominated an opposing candidate. Republican MP Chip Roy sent his party colleague Byron Donalds as a candidate. He got 20 votes. McCarthy could not reduce the number of his opponents compared to the votes from the previous day. On Tuesday, McCarthy's opponents had already put forward several alternative candidates.

The defeat had already been classified as historic the day before: since 1923, no "speaker" has needed more than one vote. Before the fourth vote, President Joe Biden and his predecessor Trump had intervened. The bitter rivals unanimously warned that the situation was becoming embarrassing.

"That doesn't make a good impression," Democrat Biden said. "This is the United States of America and I hope they pull themselves together." Allies and enemies may have doubts as to whether US democracy has recovered from the January 6, 2021 riots. Back then, Trump supporters stormed the Capitol, the seat of Congress. Trump, for his part, called on his party colleagues to vote for McCarthy on his media platform Truth Social. "Do not turn a great triumph into a huge and embarrassing defeat," he wrote.

Without a chairman, the chamber is effectively unable to act. The budget laws for the federal government emanate from the regular 435 MPs. The stalemate also raised questions about whether the House of Representatives will be able to carry out its most basic functions in the state structure. The Republicans had actually hoped to initiate investigations against Biden or to advance their political priorities after returning to power.

Moderate Republicans expressed frustration ahead of Wednesday's vote. "There's growing anger among members because they're having a hard time understanding what exactly the holdouts want," said Rep. Dusty Johnson. For years, a dispute has been raging among the Republicans between those members who, like Trump, want to move the party further to the right, and a comparatively moderate camp. McCarthy faces allegations that he was not aggressive enough in his tenure as minority leader to stand up to the Democrats under outgoing leader Nancy Pelosi. Some Republicans also consider him too fickle.

Even if McCarthy were to prevail in the end, he would take up the post weakened. Instead of being able to focus on making life difficult for Biden, he would have to bridge the gaps in his own party. The fact that he initially lost again despite Trump's support on Wednesday could also weaken the presidential candidate. In the United States, congressional and presidential elections will take place in November 2024. 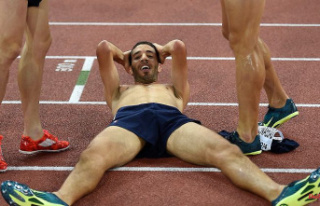