Israel's voters have to cast their ballots for the fifth time in three and a half years: Parliament is dissolving after Prime Minister Bennett's eight-party alliance collapsed. 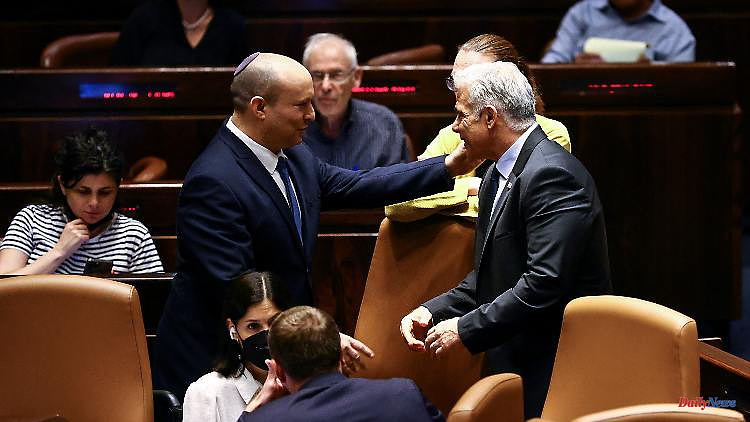 Israel's voters have to cast their ballots for the fifth time in three and a half years: Parliament is dissolving after Prime Minister Bennett's eight-party alliance collapsed. In the fall, right-wing parties could make a comeback.

After some delay, Israel's parliament voted to dissolve it, paving the way for new elections. Prime Minister Naftali Bennett's governing coalition of eight parties was recently without its own majority in parliament after one member of parliament left the alliance. The parliamentary elections will take place on November 1st. It's the fifth in three and a half years.

Until a new government is in office, Secretary of State Jair Lapid will now take over as Prime Minister from Bennett. This rotation had been agreed in the coalition agreement. Former long-term prime minister Benjamin Netanyahu, who has been accused of corruption, is hoping for a return to power in the new election. According to polls, his right-wing conservative Likud party could become the strongest force again.

Bennett meanwhile announced his retirement from politics. According to his own statements, the 50-year-old no longer wants to run for elections. He did not give reasons for his decision. The vote on dissolving parliament was originally scheduled for Monday. However, part of the procedure was adjourned because the government and opposition were unable to agree on a date for the new election for a long time. Both sides also engaged in protracted debates about which laws should be passed before the Knesset is dissolved.

The bargaining chip included, for example, the construction of a new subway network that is intended to relieve commuters in the greater Tel Aviv area. The opposition withdrew its support for the bill. She had already threatened this in advance if her desired election date did not prevail. According to media reports, the mostly right-wing opposition had called for October 25 because the day would have attracted more of their potential voters to the ballot box. Pupils at Jewish religious schools in the country are on vacation at this time.

Israeli media speculate that with Bennett's withdrawal an alliance of right-wing parties is possible again. Under Bennett's leadership, the ultra-right Yamina party has so far refused to form a coalition with Netanyahu's Likud party.

The past elections had often not resulted in a clear majority, which is why the formation of governments often failed. Just over a week ago, Bennett's eight-party coalition had admitted its failure. The coalition was supported by parties from the right to the left - including, for the first time, an Arab party.

1 Now no longer free for everyone: Lauterbach: Lying... 2 Concern for Kremlin critics: Duma tightens law against... 3 At the start of the summer holidays: It can also get... 4 Kahn's moment of humility in the World Cup final:... 5 Inspiration from TV show: American wins lottery with... 6 Halo-Halo, Gazoz, Butterfly Pea: This is what the... 7 The new one is a reporter: Julian Nagelsmann is newly... 8 Kissinger: China's major concern: "Interests... 9 Is the price of electricity going down?: That means... 10 New transmission path discovered: Kissing could trigger... 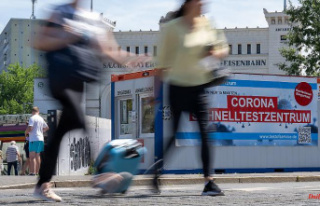 Now no longer free for everyone: Lauterbach: Lying...