Endless election drama in the Capitol: "I vote for Donald John Trump"

The attempt to elect a majority leader in the US House of Representatives is ongoing. 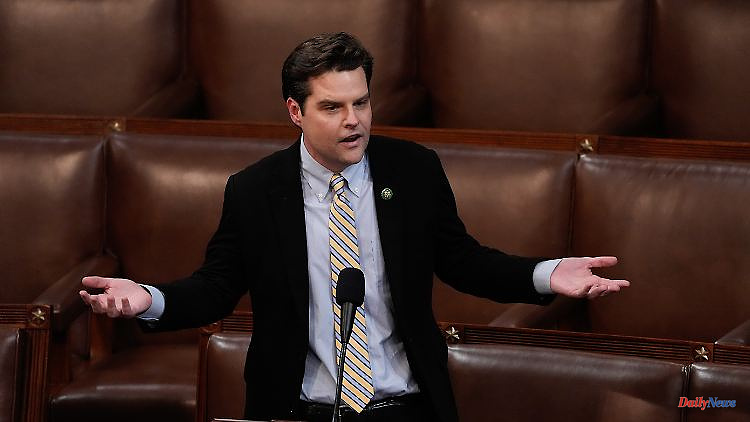 The attempt to elect a majority leader in the US House of Representatives is ongoing. One of the MPs nominates ex-President Trump, proving that attention is more important to him than ending the drama. It underpins the suspicion that the hardliners are driven solely by their desire for recognition.

An intra-party war, a slaughter, a battle, a drama - there are many names for what is happening in Washington right now. After eleven rounds of voting in three days, no Speaker of the House of Representatives has been elected. And Majority Party candidate Kevin McCarthy says: "If it takes a little longer now, that's okay. It's important that we go through this process now." Because he knows that the speaker of the House of Representatives, no matter who it is, will have the toughest two years in this position in a long time.

Because the 20 Republican defectors still show no signs of changing their stance. Why should they? You're not only in the strongest negotiating position - you get the maximum amount of attention. No news moderator can avoid the names of some hardliners. When they leave the plenary hall, all the waiting journalists pounce on them. The major newspapers and TV stations are so heavily staffed in the Capitol that they have staffed the main aisles that MPs come down with different colleagues.

But the plenary hall also becomes a stage. When the seventh ballot begins, everything goes as usual. No surprises until the letter G. When Matt Gaetz is called out, he stands up and shouts, "I'm voting for Donald John Trump." A murmur in the hall and then a grin from him as he sits down. This shows that his plan worked. There was no doubt that the Florida MP was an ardent Trump fan. But his token gesture of putting Trump up shows he's only interested in the next headline. In fact, the speaker of the House of Representatives does not have to be a member of parliament, but Donald Trump gets exactly one vote that day - in the end a hopeless nomination.

In mid-2022, Gaetz advocated allowing voters going to the midterm elections to take their gun with them to protect themselves from "intimidation." The 40-year-old is in favor of liberal gun laws. Gaetz is one of McCarthy's loudest opponents and will not be swayed by any offer.

As does Congressman Lauren Boebert of Colorado. The 36-year-old regularly speaks up in interviews and in the Chamber to challenge Kevin McCarthy's ability to lead. "He doesn't have the necessary votes," she calls out to the Republican faction in the plenary hall. Her favorite president is Trump. She is among the loudest and most frequent repeaters of the stolen presidential election lie.

In a television interview, shreds fly between presenter Sean Hannity and Boebert. And that on a channel that is watched primarily by conservatives and where they should actually feel at home - Fox News. Does she think she's on a game show, the host asks, and if it's not time to acknowledge that the Republican caucus has 200 members for McCarthy and only 20 against him. She replies: There are many more for her group than against the group.

A reversal of arguments, the non-answering of questions. This exchange of blows may have a certain entertainment effect for spectators. But it is symptomatic of the current moment: the dissenters claim that the system in Washington is broken and that they want to change it. But if fellow party members tell you, let's start with that, they reply: not with McCarthy.

But he is currently the only candidate supported by 200 members of the parliamentary group. And until the speaker's post is filled, deputies cannot be sworn in and start work. Not the work on the laws and not the changes to the system.

Time is ticking for the politicians. The House of Representatives is fully elected every two years. Your window of opportunity to make things happen is clear. It could help if the names burned into the voters. Being in the media helps with that. That's perhaps what's motivating the 20 rebels in the Republican faction right now. If you have Donald Trump as a role model, he is proof that you get attention with drama and scandals - but not necessarily re-election. 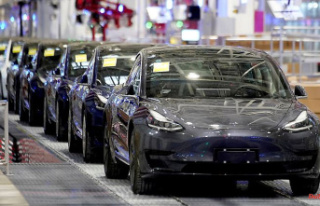