Now it's getting serious, that's clear to everyone after Federal Minister of Economics Robert Habeck announced the second stage of the gas emergency plan. 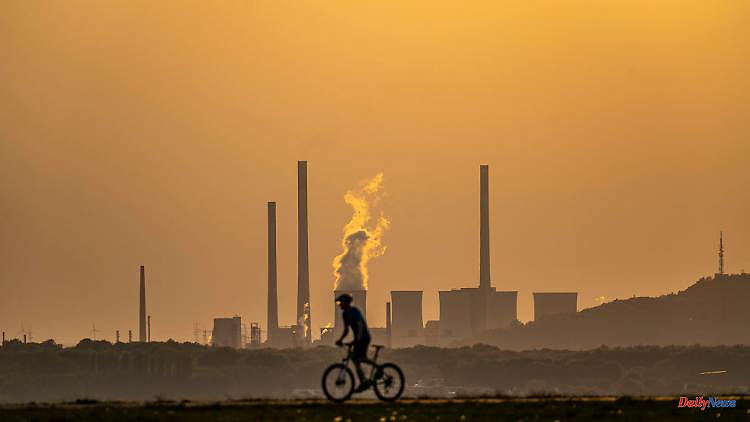 Now it's getting serious, that's clear to everyone after Federal Minister of Economics Robert Habeck announced the second stage of the gas emergency plan. The energy expert Georg Zachmann is now calling for faster action. The economist, who conducts research for the Bruegel think tank in Brussels, is urging Germany to coordinate with its EU partners, because gas supplies also depend on them. And households are already important.

ntv.de: The second stage of the gas emergency plan has been in effect in Germany since yesterday. This has not yet had any noticeable consequences for consumers. Are they coming soon?

Georg Zachmann: Germany must now save gas quickly and significantly so that the storage tanks can be filled regardless of lower imports. The gas alert level provides the political framework for this. However, it is not yet clear what action the federal government will take beyond bringing back some coal-fired power plants. The ideas range from savings bonuses for industry and households to significant price increases and state-mandated shutdowns. We don't know exactly what the mix will look like yet.

Is it foreseeable how difficult the winter will be?

The huge uncertainty is the cold of winter, which can have a massive impact on gas consumption. In normal years it is like this: We start the winter with 80 to 90 percent filling in the storage tanks and end it with about 20 to 40 percent, depending on the weather. So there is still some safety margin, provided Russian gas keeps flowing through the cold months. However, if we cannot compensate for the winter consumption with Russian gas, then even 80 to 90 percent filling in the storage facility will mean that we will still have to reduce demand.

How well can we top up the gas supply from other sources?

Russia supplies two-thirds less gas than usual. We have exhausted the existing opportunities to buy LNG gas and thus replaced around a third of Russian gas. If Russia were to turn off the gas tap completely, our demand would have to decrease. Whether it ultimately falls because prices are so high, or whether demand falls because an authority decides who can purchase how much gas, that will be a political question that we are faced with. The particular difficulty here is that the amount of gas available to a country like Germany depends on how much gas its better-served neighboring countries use and how much they are willing to share.

So we have to tackle the problem primarily at European level and not at national level?

We must try to reduce demand by around 20 percent across Europe and distribute the burden evenly. Nevertheless, it may be that Germany has to do more than other countries. The more gas consumption is reduced in France and Belgium, the more gas reserves will remain for Germany. But if the French say, "No, we'll let our industry continue as before," then Germany will have to save more.

Are there talks between the EU countries on this?

There are already solidarity agreements - the storage level regulation from Brussels, in which mutual assistance is agreed, and there is the EU treaty in which the states promise energy solidarity. But whether all of this is sustainable in the crisis is difficult to predict. The horror scenario is the first months of the 2020 pandemic, when European countries decided not to work together but to close their own borders.

The campaign by the Ministry of Economic Affairs recommends saving energy above all - defrost the freezer compartment, turn up the air conditioning, travel by bus and train. But does that help as much in terms of gas supplies? Hardly any gas is used to generate electricity.

Recommendations such as replacing the shower head already relate to heat generation. Now in the summer, when heating is not an issue, the state should try to stimulate more flat investments for households - readjust the boiler, insulate windows and doors, install smart thermostats and set them up properly. Stimulate what you can now prepare for the coming winter, so that you can then use less. I would put more pressure on that now, because time plays a role when it comes to issues like this, and we still have four months to prepare better.

And how much does saving electricity use our gas supply?

The margin is like this: Every kilowatt hour of electricity that we save saves two kilowatt hours of gas in many situations, so that makes a lot of sense.

How is that related?

For the next few months, there is still the option of replacing the last gas-fired power plant with a charcoal pile that produces the electricity.

We should have done that earlier. We could have had the gas savings from the coal-fired power plants three months ago, and then we would have saved several billion cubic meters of gas at European level.

Industry consumes 70 percent of the gas supply in Germany. In order to save here, the gas auction model was developed. Companies reduce their consumption and sell the saved gas to the state. A good idea?

There are two case models, one of which is: companies sell restrictions for the crisis in advance. They decide today that they will be disconnected in the event of a crisis, receive a bonus for this and then hope that this crisis will not occur. It's a good idea, anyway, because it gives you more control over who gets shut down than having lawyers do it.

How does the other model work?

The second model means companies sell gas back to the market from their cheap longer-term contracts. Today, some companies are more likely to use even more gas than usual because cheap gas bought early gives them a competitive advantage. However, from a macroeconomic point of view, it is not a good idea to produce now as if gas were still cheap. So it makes sense to buy the companies out of these contracts - for example with the help of auctions. We should consider and try everything.

What will be the deciding factor?

An important question is whether we can manage to spread the burden so well that it does not trigger a recession and cause no blackouts. If we avoid power outages and if we manage to reduce gas demand in the manufacturing industry, especially where substitutes are available, then industrial production should largely continue in winter.

How confident are you that the challenges of the coming months will be met?

If done well, I think we should pull through. However, the necessary measures must be quick and effective - we have already wasted several months on gas savings in industry, electricity and households - and with every further hesitation a real crisis becomes more likely.

1 Three drafts under discussion: Bundestag discusses... 2 Elmau is gearing up for the G7 summit: Scholz invites... 3 States can decide: US Supreme Court overturns right... 4 Bulgaria wants to give up blockade: EU dialogue with... 5 Brussels concerned about Germany: Italy scrapes past... 6 "Domino effect" for other countries: German... 7 "Need more growth impulses": Lindner demands... 8 Wieduwilts week: Thank you, dear AfD, for your condition! 9 Hunger as a "weapon of war": Baerbock: Kremlin... 10 "Explosives in his car": Russian official... 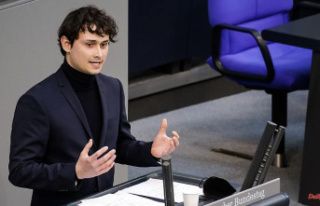