Many people are wondering how to cope with the high energy prices. 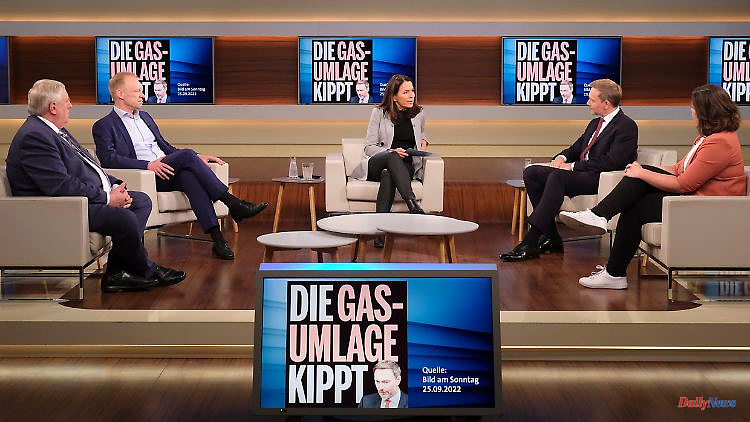 Many people are wondering how to cope with the high energy prices. Finance Minister Lindner campaigned for a gas price brake on Sunday evening on the ARD talk show Anne Will. He also knows how he intends to finance them, but doesn't say so.

Federal Finance Minister Christian Lindner is no longer in favor of the unpopular gas surcharge. With Anne Will in the ARD he gives economic reasons. Gas prices are already ruinously high, and the impression should not be given that the answer to rising gas prices is a measure that makes gas even more expensive, says the FDP politician.

Lindner is now campaigning for a gas price brake. We are currently discussing this with experts. The revised gas levy should actually be decided on Wednesday in the cabinet. Lindner does not want to confirm that she is now off the table. Economics Minister Robert Habeck must also have a say. "What I can say: Overall, we have to make these price spikes bearable from the bakery to the pensioner." Even if gas prices were never again as low as they were before the Ukraine war, they would eventually return to normal. "Until then we have to build a bridge."

For Lindner, this bridge is obviously the gas price brake, but not the softening of the debt brake. Lindner is sticking to that: "You mustn't forget that the debts that we incur today will have to be repaid at some point. And then, in case of doubt, we are threatened with very high burdens, including tax increases," he says. But for the financing of the gas price brake by the state, a further suspension of the debt brake is not even necessary. He has an idea. However, the minister does not want to satisfy the curiosity of Anne Will and her other guests. He wanted to discuss that with the cabinet first.

Lindner has it pretty hard that evening. Anne Will has invited three other guests, and they strongly disagree with him. There is the President of the IFO Institute, Clemens Fuest. "I think the gas price brake is fundamentally wrong," he says. Not only gas is becoming more expensive, but also electricity and food. Wages did not rise as fast as prices. That's why the lower middle class is in danger of falling through the cracks, says the economist. Fuest advocates an energy flat rate that also benefits people who heat with oil, for example. According to Fuest, this lump sum should amount to 1,000 euros and be taxable. So people with high incomes and with a higher tax rate would not get as much out of it.

The North Rhine-Westphalian Minister of Labor and Social Affairs, Karl-Josef Laumann, is also committed to helping people on low incomes. At the same time, he calls for help for the economy: "If we continue like this, there will be no more bakers in two years," says the CDU politician. Lindner points to the benefits that have already been decided for this group: housing benefit reform, citizen benefit, increased minimum wage, aid of up to 3000 euros, which should also be paid by employers. But this is exactly where Laumann has a crucial objection: Just like the Corona aid, this money would primarily benefit people who would be paid according to the collective wage agreement. However, this only applies to half of the employees.

Filmmaker Julia Friedrichs, who is currently researching a documentary that will be shown on ARD, also had this experience. She says she met a man who cleans subway stations in Berlin. As Corona help, he received an Amazon shopping voucher worth twenty euros. She complains that the aid is so frayed. This is important because of the different life situations of the employees, explains Lindner.

Minister Karl-Josef Laumann sees another problem: he has the feeling that many of the plans that the federal government has recently implemented were knitted with a hot needle. "We finally have to think the plans through to the end," he demands. Now it's all about the federal government's third relief package, which is to be decided on Friday in the Bundesrat. Laumann hints at the possibility that the Federal Council could refuse its approval, in which case the package would end up in the mediation committee. When specifically asked about it by the moderator, he then backed down: he didn't mean it that way, and there was still a Prime Minister's conference with Chancellor Scholz before that. But if his state had to pay the amount expected by the federal government, there would then be no more leeway for the state budget.

Of course, current topics can only be touched upon in a 60-minute Anne Will show. But one thing is clear: the coming week will be really exciting. 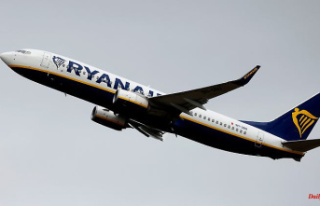