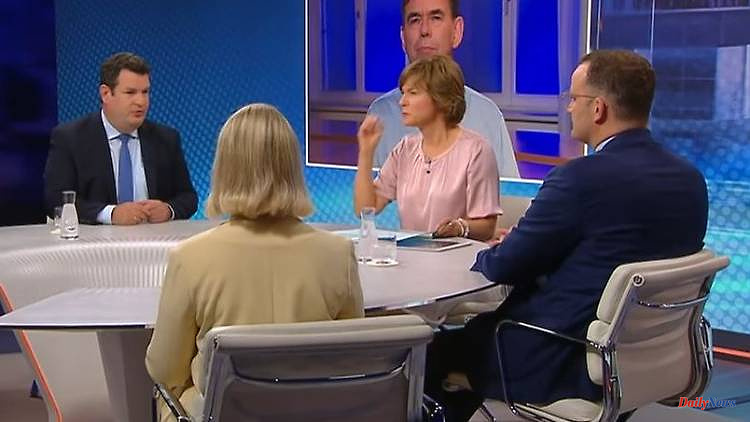 Federal Labor Minister Heil has announced the rapid introduction of an electricity price brake. The Federal Cabinet will discuss this as soon as possible. The social democrat announced this on the ZDF talk show Maybrit Illner.

Federal Minister of Labor Hubertus Heil has announced further help for low earners. The cabinet wanted to quickly discuss an electricity price cap. That's what the SPD politician said on the ZDF talk show Maybrit Illner. The energy ministers of the EU want to exchange views on a reform of the electricity market this Friday. An electricity price cap could also be decided. In his view, the reform should take place in a European context.

If the ministers do not come to an agreement quickly enough, measures to reduce the price would have to be agreed at national level, the minister said. "It will either be quick in the European convoy or we will do it nationally: it will come this winter," Heil said.

The deputy Union faction leader Jens Spahn pointed to the EEG account. It can be used to finance low electricity prices. The income from the Renewable Energy Sources Act was stored there. Because electricity prices have risen significantly in recent months, it is currently around 18 billion euros. "These could be used to reduce network charges," says Spahn. He also called for a reduction in the energy tax. VDK President Verena Bentele bei Illner also spoke out in favor of a reform of energy prices. You, too, have an electricity and gas price cap in mind, as the federal government wants to introduce.

Energy expert Karen Pittel from the IFO Institute is certain that "something will emerge" from today's meeting of EU energy ministers. "But finding a solution doesn't mean it's good," she concedes. She thinks it is right to decide on the reform of the electricity market at European level. The minimum consumption that the state subsidizes must be decided at national level. The expert predicts that it will vary from country to country.

Meanwhile, Heil, as expected, praised the federal government's third social package, which would cushion the social consequences of the energy crisis. Retrospectively, economic aid for small companies should now also be paid. During the Corona crisis, there was simplified access to short-time work, which should be extended over the winter, says Heil. "On Wednesday in the cabinet we will extend the simplified access to short-time work over the winter. We will ask the Bundestag to give it the authority to make adjustments if the whole thing escalates," said the minister.

In addition, a protective shield for small businesses should be discussed in the short term. This was what Bavaria's Prime Minister Markus Söder called for on Wednesday evening on ARD and on Tuesday evening Federal Minister of Economics Robert Habeck brought it up for discussion for the first time. The protective shield is intended to avert small business insolvencies.

1 Mourning for "beloved mother": So says goodbye... 2 "Significant losses": German gas importer... 3 Historic rate hike: Christine Lagarde has finally... 4 Many advocates, few options: Mick Schumacher is running... 5 For the first time in the US Open semifinals: Tiafoe... 6 Markus Söder at Maischberger: "The risk is that... 7 Labor law question: How long can a trial work last? 8 Biting, poisonous and shy: Nosferatu spiders have... 9 Saxony-Anhalt: Lots of clouds, showers and thunderstorms... 10 Baden-Württemberg: 80-year-old found dead in the... 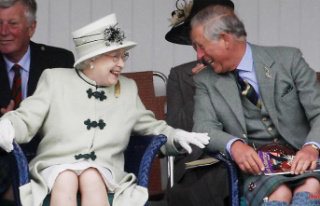