Enerhodar, Fukushima, Blayais: Look away until it bangs

The debate about the security of supply in Germany leads to revival fantasies about nuclear power in parts of the Union and the FDP. 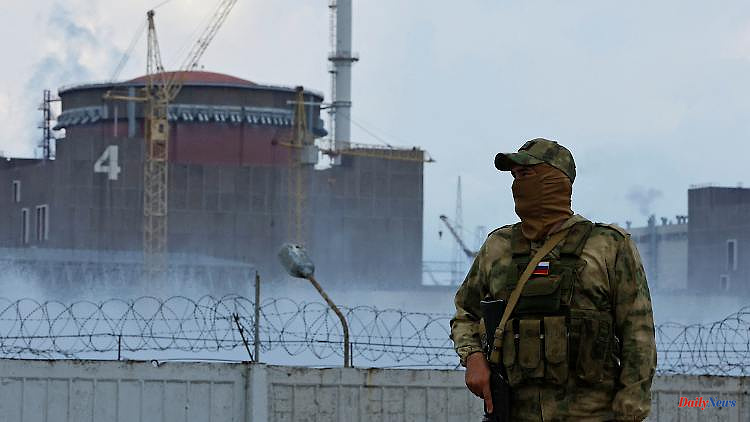 The debate about the security of supply in Germany leads to revival fantasies about nuclear power in parts of the Union and the FDP. A look at the headlines from the weekend is enough to understand: nuclear power is dead.

Anyone who needed proof these days that the debate about returning to nuclear power should finally be over had only to look to Enerhodar. There, the danger of a nuclear catastrophe increases with each passing day - and the West can do nothing but look helplessly into the abyss. For the second time in this war, fierce fighting has broken out around Europe's largest nuclear power plant, Zaporizhia. Both sides accuse each other of endangering the safety of the nuclear power plant. In the end, it doesn't matter who lies. It does not change the scenario that the region and all of Europe face should the unimaginable occur.

The fact is that at least two reactors in Zaporizhia have now been damaged and have therefore had to be shut down. There is evidence that Russian troops use the occupied area as a shield against attacks by Ukrainian artillery. The belief that reason would ultimately prevail in war has now proven to be naïve. "It will be Russian land or scorched earth!" the commander of the Russian armed forces in Zaporizhia is said to have announced. Ideology first, reason second. The complete destruction of the enemy has long since become more important than one's own survival. This is what total war looks like.

The fact that the nuclear power plant is still running at all is also an admission of the government in Kyiv to its own inability to act. Ukraine covers about half of its electricity needs with nuclear power. Doing without Zaporizhia, i.e. taking it offline, is not an option. The nuclear power plant is systemically relevant. In addition, a reactor that has been shut down must continue to be cooled - and this in turn requires electricity. In short: the situation is extremely dangerous, even if there is no shooting. Nonetheless, all appeals from the West to finally allow international experts onto the site go unheeded.

Anyone who is still dreaming of the rebirth of nuclear power in such a mixed situation in Germany should finally wake up. Nuclear power remains a high-risk technology whose safety cannot be guaranteed 100 percent - neither in the event of war nor in the event of a crisis. What else has to happen for this to finally get through to everyone's mind?

While in Japan, as a result of the Fukushima accident, huge amounts of radioactive cooling water are to be discharged into the sea, in France more and more nuclear power plants have to be shut down due to the weather. Just under half of the reactors are still connected to the grid. But instead of questioning the dependency on nuclear power, the limit values ​​for the discharge of the cooling water are now being screwed around. Several nuclear power plants, including Blayais in the Gironde, are allowed to return warmer water to the rivers than originally permitted until September. The consequences for the environment are not yet foreseeable.

Against this background, the argument that in view of the energy crisis the lack of understanding for Germany's nuclear phase-out is increasing among its European neighbors reads downright grotesque. After all, a power shortage in France could also have to be closed with German energy, of all things. Nevertheless, the FDP and Union willingly let themselves be shown the bird. Is that still ideology or already idiocy? Zaporizhia, Fukushima, Blayais and more - the great promise of nuclear power advocates has always been that it is safe. That promise is impossible to keep. Anyone who claims otherwise should finally read the news. 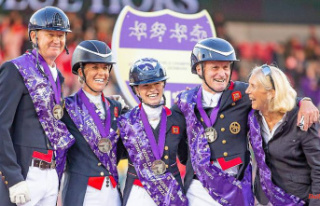