Estonia's ex-president: "It's disgusting that Russians can party in Europe"

The fact that the European Union is likely to suspend the visa agreement with Russia this Monday is not enough for Toomas Hendrik Ilves. 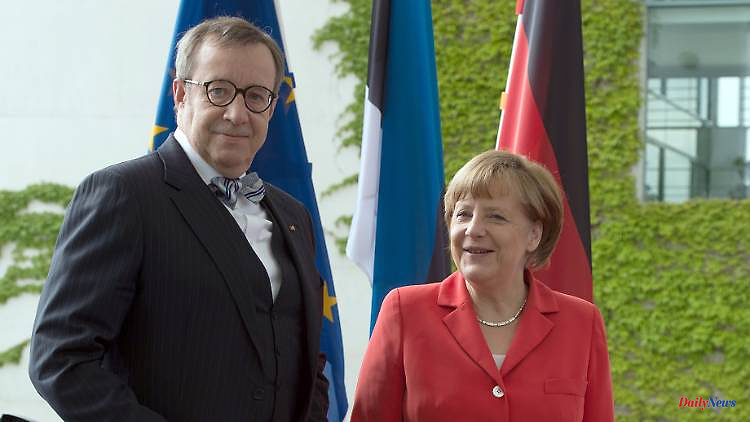 The fact that the European Union is likely to suspend the visa agreement with Russia this Monday is not enough for Toomas Hendrik Ilves. Tourist visas would only be more expensive, says the former President of Estonia in an interview with ntv.de. "I don't think the wife of a Russian MP from the Putin party, having fun in a luxury hotel in Paris, will be particularly bothered."

Ilves was President of Estonia from 2006 to 2016. He says of Putin that he "seems to have gotten into a late Adolf Hitler phase." Ilves accuses the Western European governments of "short-sightedness" and "intellectually dubious behavior" in dealing with Russia. He also criticizes Chancellor Scholz. Ilves ironically says about his "turn of the era": "I know, 'time' can mean seconds and minutes, but it can also mean an eternity." What Germany is doing "doesn't have much to do with leadership".

ntv.de: You have always supported the demands of Estonia, Finland and the Czech Republic for a ban on tourist visas for Russians. Why?

Toomas Hendrik Ilves: First of all, it wasn't just these countries that called for the visa ban, but also Denmark, Latvia, Lithuania and Poland. And there are numerous reasons for a visa ban, starting with the fact that 30 percent of Russians enter the European Union via Estonia because it is no longer possible to fly to the EU from Russia. Second, many of these entries should never have been legal.

The Visa Facilitation Agreement of 2007 states that if you enter the EU on a visa you must enter through the territory of the Member State that issued the visa. Estonia stopped issuing visas to Russians in July, allowing them to come to Estonia on visas from other countries. In my opinion, this is a violation of the visa facilitation agreement. Above all, I find it disgusting and immoral that people from Russia are partying in Europe while Russia is waging a genocidal war against Ukraine. You can probably imagine how the US would have reacted if German tourists had enjoyed themselves in Miami Beach in 1940. I find it unacceptable that the EU is handing out tourist visas to Russians while people are fleeing to the EU from Russian mass murder, rape, torture and basically genocide. There have also been several incidents where Russian tourists have harassed Ukrainian refugees in Europe.

Do you advocate a ban on all types of visas for Russians?

No, only for 90 day short term visas as these are used by tourists. That is why I find the rhetoric of the German and French governments untenable. They said: how are we supposed to get the scientists here? no Scientists do not travel on tourist visas. Journalists do not travel on tourist visas. I find it embarrassing that such arguments are put forward by the so-called engine of the European Union. Xenia Sobchak, Putin's godchild, was on vacation in Biarritz - the vacation spot of French kings when France still had kings. On Instagram, she whined and complained about the people suffering from the sanctions. These are the people who will be affected by the visa ban.

The visa facilitation agreement will probably be suspended this Monday. Are you happy with that?

Not quite. It doesn't abolish Russian tourist visas, it just makes them more expensive. And I don't think the wife of a Russian MP from the Putin party, having fun in a luxury hotel in Paris, will be particularly bothered. She will hardly suffer from the fact that if the visa is 50 euros more expensive.

Germany and France had argued in a joint position paper that one should not underestimate the impact that direct experience of life in democracies can have. Wasn't that a good argument?

Let's approach the matter empirically. We have had open borders with Russia for 30 years. Now let's look at the amazing impact this has had on Russian democracy. And I'm not even talking about trips to Biarritz - all these things like youth exchange programs, academic exchanges... What did that do? I don't see too many Russians banging their foreheads in amazement when they come to Europe and saying, "Oh my god, I didn't know how great democracy was."

Chancellor Scholz regularly emphasizes that this is "not the war of the Russian people," for him it is "Putin's war."

Putin does not mass rape, castrate prisoners of war, or blow himself up. It is not he personally who is bombing civilian targets. This is precisely the kind of short-sightedness, the kind of intellectually frivolous behavior that we have encountered in a number of governments for years. These are the same people who signed the Nord Stream II accords exactly one year after the 2014 invasion and occupation of Crimea. All Eastern European countries except Hungary have warned about it. But countries like Germany said: to hell with them, we want to buy more cheap Russian gas so we can make more money.

You speak of Angela Merkel.

It wasn't just her. In 2008, after Russia invaded Georgia, French President Nicolas Sarkozy announced that he had brokered a peace deal, a six-point deal, point five of which was the complete withdrawal of Russian troops from Georgian territory. That never happened, but a few weeks later Sarkozy forced the EU to reinstate the partnership and cooperation agreement that had just been suspended because of the war. I remember Sarkozy saying, "Thank God, common sense prevailed," even though it meant his own peace deal became utterly meaningless. To this day, Russian troops have occupied parts of Georgia.

Because we've been through it all before. We experienced the Soviet occupation. In my country there were mass deportations in 1941. We had them again in 1949. In April 1945 there were mass killings in the area where I live. We've seen it all before. When we now hear, "It's Putin, it's not the Russians," that's just outrageous for us.

Perhaps Germans tend to reject anything they see as collective guilt.

Collective guilt implies judgment and punishment. Not being able to travel to Europe is not a real punishment.

After the Russian invasion of Ukraine, Olaf Scholz proclaimed a "turn of the tide," and just recently in Prague he said that European responses to the "turn of the tide" were needed. Do you think that German policy towards Russia and towards Eastern Europe has changed?

Well, up until about a month ago, Estonia gave Ukraine 0.83 percent of our GDP in bilateral aid. Germany gave 0.08 percent. [https://www.ifw-kiel.de/topics/war-against-ukraine/ukraine-support-tracker/] I know "time" can mean seconds and minutes, but it can also mean eternity. Let me put it this way: what Germany is doing has very little to do with leadership. You remember the Tiergarten murder?

The murder of a Chechen in Berlin in 2019 by an FSB agent.

The murderer entered Germany on a tourist visa. I find it interesting that nobody in Germany seems to mind. Do we really want a Schengen area full of murderers?

Do you think the German government, or parts of it, are secretly hoping for cheap gas to come back?

I think everyone hopes for cheap gas. The question is: how much does cheap gas from Russia cost? I don't think it's a good idea to give tons of money to a country that's threatening you. This is a geostrategic question, but also a moral one. And I have a feeling that the country that has been lecturing Europe for years is not the moral superpower it often thinks it is.

The West argues that arms sales to Ukraine are intended to force Russia to negotiate. Do you think Putin could possibly realize that the cost of this war is too high for him?

He seems to have gotten into a late Adolf Hitler phase: if the press reports are correct, he personally took over the leadership of the war. I don't know if he'll end up in a bunker, but generally dictators who think they're geniuses end badly.

Germany even joined NATO in 1955. It was very much in the West's interests at the time to involve Germany, since there was a key security threat - the Soviet Union. I think it will be a long time before Ukraine and all other European countries along the Russian border want to see Russia in some kind of partnership agreement. Rehabilitation requires admitting what you have done. Given that Russia has returned to denying the existence of the secret additional protocols of the Hitler-Stalin Pact, I do not see that happening.

Russia still sees itself not only as the legal but also as the moral successor to the Soviet Union. It denies all kinds of atrocities committed by the Soviet Union. International rehabilitation would require Russia to fundamentally change the way it deals with its past. And there will be no normalization of relations with Russia until Ukraine is rebuilt and the war criminals are not in The Hague. We need to look at things from a long-term and comprehensive perspective. Russia destroyed the European order built up after World War II. Not only has it broken countless international agreements, including the UN Charter, but also the ultimate taboo that has kept peace in Europe since 1945: borders must not be altered by force. Once you've broken this taboo, you can't go back to where you started. That's something Scholz and Macron unfortunately didn't really understand.

1 Deportation of those seeking protection: Denmark is... 2 Record amount from Iran: police confiscate 700 kilos... 3 Flowers, cheers and a kiss: King Charles III. is back... 4 Celebrity News of the Week: Farewell Your Majesty! 5 What Was So Great About The Queen?: The Great Mystery... 6 With Meghan and the kids?: Harry is staying in London... 7 George VII was also conceivable: why the new King... 8 Baden-Württemberg: State puts local transport money... 9 North Rhine-Westphalia: the number of homeless people... 10 Mecklenburg-Western Pomerania: Straw camp continues... 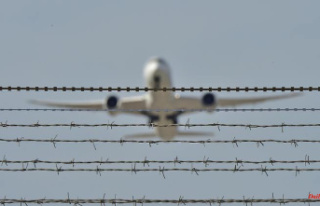 Deportation of those seeking protection: Denmark is...