Etienne Ollion: "The National Assembly is experiencing a return to political and media grace" 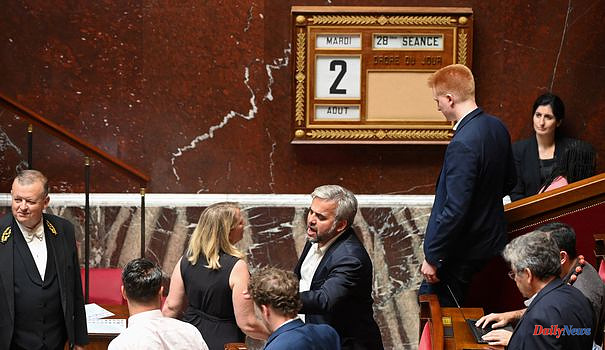 Absence of absolute majority giving voice to opposition groups. But also controversies, outrages, insults, interruptions of sessions, tie happenings... Neglected in the media and politically under Emmanuel Macron's first five-year term, would the National Assembly make a comeback? In the exciting Candidates (PUF), the sociologist Etienne Ollion analyzed the developments under the previous legislature. In recent weeks, the CNRS researcher and professor at the Ecole polytechnique has again spent a lot of time in a boiling Palais Bourbon. He analyzes this "re-parliamentarization of political life" and puts the various controversies into perspective.

L'Express: In The Candidates, you described a Parliament whose political, media and even social downgrading had accelerated under the previous legislature. Does the new National Assembly, much more divided, change the situation for the moment? Is there a strong comeback from Parliament?

Etienne Ollion: This is the most striking feature of this new legislature: the reparliamentarisation of political life. Because of the very relative majority enjoyed by the government, all eyes are on the Assembly, which has just experienced a major comeback. This is true for the government, which watches over Parliament like milk on fire. This is also true for journalists, who are now much more numerous. Not only has the number of accreditations exploded in the first few weeks, but the press stands, deserted for years, are once again full. The Assembly is no longer just a place where people come to get small sentences, to do interviews: the debates are once again very popular, precisely because not everything is written in advance. Parliamentarians are aware of this, and they appreciate how they use this attention.

Insults, personal attacks, deputies who leave the hemicycle and even a Nazi salute... The controversies have multiplied for more than a month. Would the exchanges have become more confrontational, as is often presented in the media?

We have to be careful: there are always tensions in the Assembly. We no longer remember, today, the tone of certain debates under the Fourth or the beginnings of the Fifth Republic, but it was much more lively. Depending on the era and the camps, we could call ourselves "Boches", "USSR henchmen", or "assassins" without the session necessarily being suspended. More recently, we had seen very tense exchanges, and we had almost come to blows during the debates on marriage for all.

That being said, there is clearly a stronger tension in this new assembly. This is partly due to a material factor: as the votes are decided by a few votes, all the deputies must be present. That's a lot of people in a fairly confined space, with a still very high volume. If you add to that a very busy schedule where two pieces of legislation were discussed without any break, we understand that tempers are heating up.

The behavior of the deputies of the Nupes is regularly castigated by their political adversaries, who portray them as sort of "trolls" of the Assembly. Is this a criticism that seems legitimate to you?

Behind the criticism of the "troll", what is criticized for the elected representatives of Nupes is to divert Parliament from its mission by not seeking to improve the law. This can be by filing provocative amendments (renaming the law for the "protection of purchasing power" in "law of reduction of purchasing power"), by reminders to the regulations, by mockery.

It is certain that we have seen more of this kind of practice over the past month, and all the more so since those who were familiar with it during the previous legislature - the LFI deputies - are now much more numerous. However, they do not only do that, and they are not the only ones to participate in this atmosphere – the desks have also slammed on the side of the Republicans or the National Rally.

Above all, it must be borne in mind that there are different uses of Parliament. That alongside the legislative functions, which are often the responsibility of the majority, there is also a tribune function which consists of doing politics by carrying ideas, by handling symbols. We can approve of it or be offended (often, this judgment is due to the fact of being in the majority or not), but it is a classic practice. It is this function that the Nupes deputies have taken on, by multiplying the interventions. That these are not always in good faith is not important from this point of view, it is a question of making an impression, of sending signals.

Obviously, when you are on the side of the majority, or in another opposition group, these practices are extremely frustrating. I would say that they are all the more so since these elected representatives are generally asked not to respond because it is necessary to "advance the texts", and therefore not to waste time, and above all not to ignite the hemicycle .

This is particularly true under the Fifth Republic, where the idea reigns that the deputies of the majority are infantrymen in the service of the majority, to use a metaphor of the former Keeper of the Seals Jean-Jacques Urvoas. Hence the sense of absurdity they can express.

The controversies have even focused on the outfits of the deputies. Eric Ciotti (LR) asked for the obligation to wear a tie, accusing the elected officials of Nupes of incorrect attire. Some members of the left responded to him by coming dressed in this traditionally masculine accessory. Does a representative of the nation have any obligations in this regard?

The question of clothing resurfaced during the previous legislature, when several deputies refused to wear a tie in the hemicycle. The office of the Assembly convened for the occasion ended up giving them reason, going against the practice that had prevailed for several decades. But only for a few decades: the tie was not a compulsory attribute during the past century. Historian Jean Garrigues even recalled that Abbé Pierre sat in a cassock, that a deputy from an Algerian province, elected vice-president, had sat in traditional costume on the platform, or that the few elected women could not wearing trousers until the 1980s.

Behind the seemingly trivial question of clothing are many questions, some very political. The political scientist Michel Offerlé has shown that the first workers who arrived in the assemblies at the end of the 19th century were criticized for their "not dignified enough" clothes by the bourgeois deputies. Judgments of clothing taste are also class judgments, more or less conscious. Another argument, which we even hear from the elected members of the current PCF, is that “the voters expect this from their elected members”: we show that we respect the function by dressing in a particular style. This brings you back to your question of obligations, which are twofold: that of the rules, which imposes decent dress, but not necessarily a tie; the one you feel vis-à-vis your voters, and which varies but has often leaned towards sartorial legitimism.

That being said, having studied several parliaments, I can assure you that we can legislate without a tie or a suit. One only has to look at the Bundestag to realize this.

Former housekeeper, Rachel Kéké stigmatized the income of deputies: "Who in this hemicycle already has 800 euros per month? Nobody!". Is this the return of anti-parliamentarianism within Parliament itself?

I believe that Rachel Kéké was aiming rather at the past salaries of the deputies than their current situation when she made this intervention, during the debate on the “purchasing power” bill. That said, we have seen a resurgence during this first month of forms of attacks that had rather disappeared in past years, those that lead to criticism of the living conditions of parliamentarians. It had become an almost absolute taboo in recent decades to talk about the material situation of elected officials, precisely to avoid reinforcing the anti-parliamentarianism that everyone fears.

We have seen this type of criticism reappear during the debates. An LFI deputy mentioned the fact that when it comes to increasing the mandate costs of elected officials, it is easy to find, another mentioned the amount of the parliamentary allowance in session. A third asked, during a vote on the rent freeze, for all landlords to declare their conflict of interest - which generalized would lead to many declarations, from votes on VAT to votes on quality of the air, which a priori affect all elected officials.

This criticism is not new. It was even used frequently by elected members of the Communist Party over the last century, although less and less. During the 4th and part of the 5th, we thus saw the deputies of this party using this angle to denounce government policy, in particular when it was a question of refusing an increase in the minimum wage or social benefits. Each time, they sent the other elected officials back to their living conditions while affirming their moral superiority - the elected communists have long paid their allowance to the party, which paid them the salary of a skilled worker.

This resulted in particularly acrimonious exchanges, as it was seen as an attack on collegiality. What we have seen for a month is a timid but clear return to this logic of rupture.

On the merits, we can see that the right and the RN are followers of compromise votes according to texts on rather consensual or technical subjects (purchasing power, health bill ...), while the Nupes is in systematic opposition to the government. How do you analyze it?

The government, and this is the great novelty of this XVIth legislature, must find a majority for each project. For the first two texts, it was LR who was the most stable partner, by far. There is nothing surprising in this, since the measures voted are quite close to the program presented by Valérie Pécresse, and also because this gave this party real bargaining power with the government. We felt it during the debates in the Assembly, where LR amendments were accepted, discussions took place. And we saw it even more in the Senate where the text was rewritten by the right-wing majority, then accepted. On these two texts at least, Renaissance confirms its swing to the right of the political spectrum.

For the first time in twenty years, the deputies will not sit in September. This break of almost two months, wanted by the executive, does it seem justified to you?

For years, the government had called a special session in September, and often in July. This saves time on an already busy parliamentary calendar. To deprive yourself of it is therefore far from negligible. It is even further proof of the new role of Parliament: the government must prepare the arrival of a text of law more upstream, receive elected officials, in short, it must involve Parliament much more than before. We'll see if this fairly new situation lasts, and if it gives parliamentarians the idea of ​​emancipating themselves a little more. 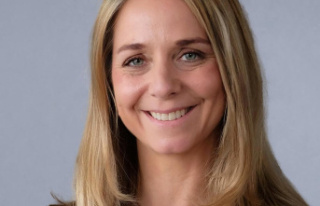 “The resignation should have taken place earlier”