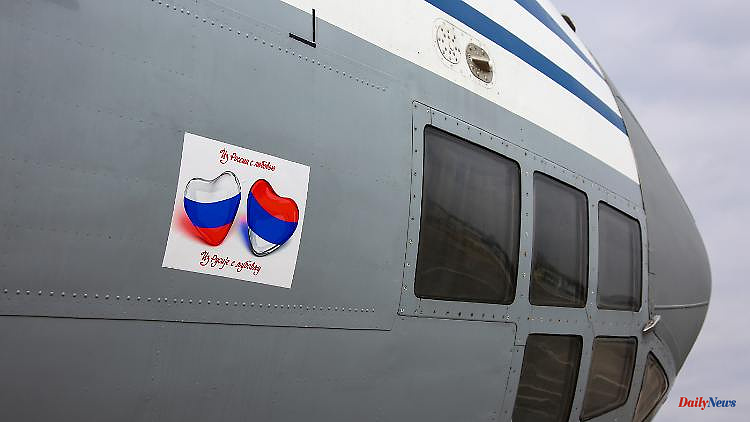 Serbia wants to join the European Union. At the same time, the country maintains close ties with Russia. The attack on Ukraine will not change that. While the EU agrees on a partial oil embargo, the Serbian President is celebrating the extended gas supply contract with Moscow.

Rapprochement instead of demarcation: while the EU imposed one sanctions package after another on Russia, EU accession candidate Serbia is strengthening relations with its traditional ally. And Moscow is also increasingly turning to Belgrade - during the course of the day, Russian Foreign Minister Sergey Lavrov wanted to travel to the Serbian capital for two-day talks. However, the visit is extremely uncertain, since several neighboring countries of Serbia apparently denied Lavrov's plane overflight rights.

One of the main topics of the visit should actually have been Russian energy supplies: Just a day before the EU members agreed on a partial embargo on Russian oil, Belgrade announced the extension of a gas supply contract with Russia a week ago - and received a rebuke from Brussels collects. Irrespective of the criticism, Serbian President Aleksandar Vucic rejoiced in "by far the best deal in Europe", with which his country will continue to secure very cheap gas supplies from Russia - while concerns are growing in Europe about a supply freeze after Russia has already granted some EU countries the turned off the gas tap.

Serbia has condemned the Russian war of aggression against Ukraine, but at the same time Belgrade does not want to break with Moscow and refuses to join the EU sanctions against Russia. In Brussels, this causes resentment. The EU expects Serbia "not to further strengthen its relations with Russia," said EU spokesman Peter Stano. "The candidate countries, including Serbia, are expected to gradually align their policies towards third countries with the policies and positions of the European Union, including restrictive measures."

Accession to the EU is still a declared goal of the Serbian government. But other sounds can also be heard in Belgrade. Pro-government media are spreading the Kremlin's messages, and there have even been calls for the country's application to join the EU to be withdrawn. "It's like spending the last decade preparing Serbian society not for EU accession but for an alliance with Moscow," said Srdjan Cvijic of the Biepag think tank. In a recent opinion poll, 40 percent of Serbs said they would be "happy" if their country renounced EU membership and instead entered into an alliance with Russia.

According to the energy expert Goran Vasic from the University of Novi Sad, the gas agreement with Moscow has a "fraternal clause" that "is not in the contract, but contains side agreements or political concessions." For its part, Belgrade rejects the accusation that the favorable terms of the contract are a "reward" by the Kremlin for Serbia's non-compliance with sanctions against Moscow. "All those who accuse us of not imposing sanctions against Russia because of a gas deal should be ashamed," said Serbian Prime Minister Ana Brnabic. "If we don't impose sanctions on Russia, it will be on principle."

Lavrov recently told Serbian media that Moscow is certain that Serbia "will continue to make wise choices in this situation." It is questionable whether he will also be able to personally deliver this message as planned, because according to the Serbian newspaper "Vecernje Novosti", three of Serbia's neighboring countries - Bulgaria, Montenegro and North Macedonia - have refused the plane of the Russian foreign minister an overflight.

Chancellor Olaf Scholz, one of the next visitors to Belgrade, will probably make a "wise choice" - even if he definitely means something different by that than Lavrov. Scholz travels to Belgrade at the end of the week, he will also visit Kosovo on Friday.

Serbia is "not a submarine and not a puppet" of Russia, Vucic recently emphasized in a "Handelsblatt" interview. However, Serbia is pursuing its own "national interests in relation to Kosovo and also other issues on which Russia supports our position". In addition, Vucic repeatedly emphasizes the historical and cultural connections to "big brother" Russia.

In any case, Belgrade has little room for maneuver on energy issues. The previous gas contract with Russia was expiring and there was no viable alternative in the near future. Serbia is almost entirely dependent on Russian energy supplies.

In 2008, Serbia sold a majority stake in oil and gas company NIS to Russian energy giant Gazprom. The deal was closed months after Serbia condemned Kosovo's declaration of independence and was seen as a concession to Moscow. "It's obvious that there has been a well-organized group of lobbyists all along that has defended the (Russian) monopoly and continues to do so," says energy expert Vasic. 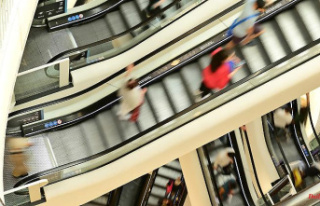 The savings boom is over: inflation eats up corona...