EU partners should help with gas: When Berlin asks for solidarity, it becomes uncomfortable

Years ago, the EU came up with an instrument with which EU states are supposed to help each other out in the event of a supply failure of energy sources. 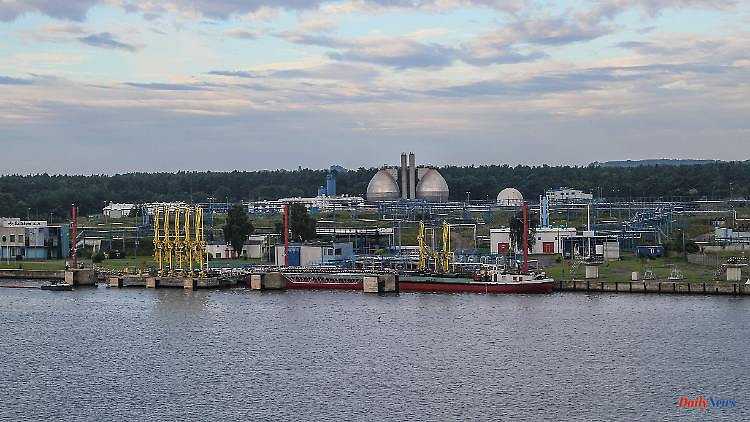 Years ago, the EU came up with an instrument with which EU states are supposed to help each other out in the event of a supply failure of energy sources. Germany is one of the few EU countries that has partially implemented this. But turning off the gas tap in Russia will hardly suffice.

This Friday could be the beginning of an economic crisis in Europe. If the gas tap of the Nord Stream 1 pipeline then remains closed, things will get tight in Europe - tight with the gas supply in the coming autumn and winter and even tighter the year after, when gas storage tanks cannot be filled due to a lack of inflow over the summer of 2023. It's a big if, after all, there are signs that Russian President Vladimir Putin will start supplying gas again on Friday, leaving Europe permanently in the dark as to whether and when there will be a complete gas supply stop. Every country in the European Union must prepare for this. But when the EU Commission presented its plan for "affordable, secure and sustainable energy for Europe" on Wednesday, one element was missing: solidarity among EU countries.

In 2017, the European Parliament and the Council of the European Union decided that EU countries should stand up for each other in the event of a supply failure. In 2018, the EU Commission published corresponding recommendations for implementation. The idea: before people start to freeze in one country and basic supplies are endangered, a neighboring country should supply energy - if necessary at the expense of its own economy. The member states were called upon to conclude appropriate solidarity agreements with their neighbours. This should contain details about conditions, costs and delivery routes so that in the event of an acute emergency there is no need for lengthy negotiations or conversions.

With this idea, the EU has chosen a preventive approach; devised an instrument to put in the tool cabinet before a crisis hits. The problem: Most EU countries only know the tool from the Brussels advertising brochure, but have not acquired it in the almost five years before the start of the Russian attack on Ukraine. The website of the EU Commission lists six solidarity agreements: Germany-Denmark, Germany-Austria, Estonia-Latvia, Lithuania-Latvia, Finland-Estonia and Italy-Slovenia. On June 11, Federal Economics Minister Robert Habeck was in the Czech Republic to conclude another agreement.

It is no coincidence that Germany, which is particularly dependent on Russian gas, is further ahead than others with three solidarity agreements: the German economy is particularly vulnerable if Putin's gas is completely absent. But the partners found hardly cushion the risks: the Czech Republic, for example, is almost completely dependent on Russian gas imports. "We help each other with the gas supply and will do the same from Germany for the Czech Republic," said Habeck in Prague about the cooperation.

In Austria, dependency on Russian gas has even increased since the beginning of the war: from 80 to 87 percent. The total filling level of Austrian storage was 49 percent a week ago. What is even more serious is that Austria's main supplier OMV has concluded long-term, almost unalterable supply contracts with Russian gas suppliers and efforts to find new suppliers have so far remained manageable. On the other hand, full storage covers the country's entire annual demand.

So there would definitely be something left to share. The nearby Bavaria, with its industry and the comparatively few renewable energies, is therefore looking south if the worst comes to the worst. Especially since Austria, with a share of 80 percent renewable energies, is significantly less dependent on gas, at least outside of the cold season. Accordingly, Berlin is also involved in the Alpine Republic. The Federal Network Agency is now indirectly involved in the Haidach gas storage facility: Gazprom Germania held shares in the storage facility, but the German Gazprom subsidiary has been under the trusteeship of the Federal Network Agency since June 20.

Denmark has had to do without Russian gas since June because, unlike Germany, the country refused to go along with the Kremlin's decision to switch gas payments to rubles. Since then, an emergency plan has been in place to significantly reduce Denmark's gas requirements. The country's storage facilities were well filled in June with around 80 percent. A pipeline from Norway will also be connected to the grid at the end of the year. The Danes will probably be able to make ends meet without Russian gas, but the comparatively small country will find it difficult to cover a substantial part of Germany's requirements.

This leaves a lot of pressure on Minister of Economics Habeck to find other partners. A partnership with Poland would be obvious. In its fear of new Kremlin aggression - long ridiculed in Germany - the country has diversified its supply chains and well-stocked gas storage facilities. While Germany hopes to be able to put the first two terminals for liquefied natural gas (LNG) into operation by the turn of the year, LNG is already landing regularly on Poland's Baltic Sea coast. However, there is one thing between Berlin and Warsaw: Relations are constantly bad.

The ruling PiS party resents the actors in the SPD and Union for the fact that they have ignored all warnings about the consequences of gas dependence on Russia for years, and a certain hatred of Germans is also part of PiS folklore. Nevertheless, the Polish MEP Joachim Brudzinski had valid arguments on his side when he asked in the "Spiegel": "Where was the energy solidarity and energy security in Europe when the Germans built Nord Stream 1 against the will of Poland and many others?" Even Poles, who are more friendly to Germany, have little understanding for the energy policy of the Federal Republic. The liberal Polish newspaper Gazeta Wyborcza commented on Wednesday that it was "absurd" that Germany wants to shut down its nuclear power plants despite the looming energy crisis, but is ramping up the more climate-damaging coal.

Even beyond the nuclear debate, efforts to achieve real savings in Germany have so far been manageable. There is neither a speed limit, which would be more of a symbolic nature in relation to gas, nor has the traffic light agreed on instruments that encourage consumers and industry to save gas. So far, this has been regulated solely by the market, but its increased prices will only be reflected in the end customer with a considerable delay. If the federal government has to go on a begging spree through Europe in the coming weeks under the heading of solidarity, it may have to answer questions about what Germany has done in recent years and in recent weeks to reduce its dependence on Russian gas in order to to earn this solidarity in times of need. 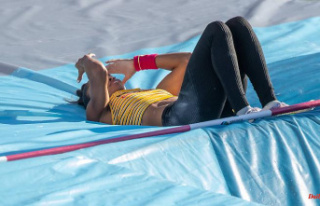