Marat Gabidullin fought for the Russian "Group Wagner" for four years, from 2015 to 2019. 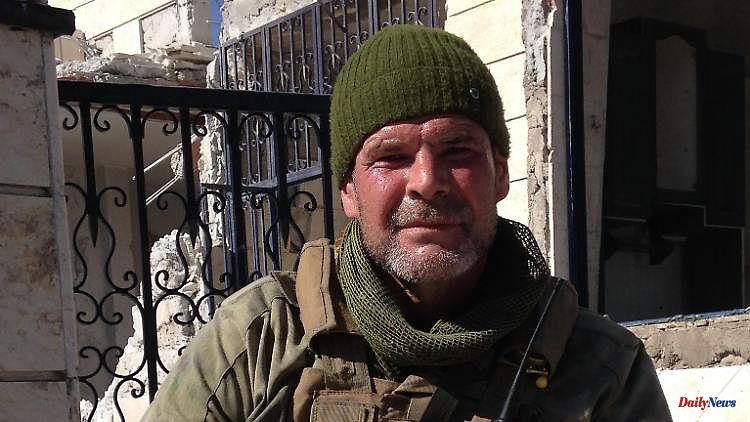 Marat Gabidullin fought for the Russian "Group Wagner" for four years, from 2015 to 2019. He wrote a book about his time with the notorious mercenary group, which is now also being used in the Russian war against Ukraine: "Putin's secret army - a insider report". Gabidullin was deployed in Syria, but he says he declined the offer to take part in Russia's invasion of Ukraine. He is currently residing in Europe. A return to Russia seems too dangerous to him.

Gabidullin left Wagner because he felt he was turning "into the primitive version of a mercenary" used "for evil." At the same time he says: "I have no regrets."

Two key names do not appear in Gabidullin's answers in this interview or in his book: Yevgeny Prigozhin and Dmitry Utkin. The oligarch Prigozhin, also known as "Putin's cook", is considered to be the financier of the Wagner group, Utkin as its founder. Instead of naming Utkin, Gabidullin speaks of "Beethoven" in the book, an alias "that hardly leaves the reader in the dark about who this is about," as the foreword says. Actually, Utkin's campaign name is that of another composer: Wagner, Hitler's favorite composer. The reference is not chosen by chance: Utkin has SS runes tattooed on his collarbone in the form of a uniform collar and a swastika on his chest.

ntv.de: Marat, why did you write the book about the Wagner group?

Marat Gabidullin: I would like to call a spade a spade. In Russia, we shouldn't think that we're doing everything right, that mercenaryism is something that only has to do with the western way of life. And I wanted to show the true picture of the war in Syria. Our media in Russia lies. The victory in Syria was won with a lot of blood, the blood of Russian mercenaries. We lost many people in this war.

Was it primarily the Wagner group that lost many soldiers?

The losses were very high.

Why did you join the Wagner group?

After I left the army, I had no purpose in life. I was depressed, I didn't know what to do with my life. Then an old friend from Siberia called me. I took the chance and went to the address he gave me. Here I was told which documents I need. Then I passed certain exams and was called for an interview.

There is no official information about the Wagner group. You are the first former mercenary to write a book about the group. Are you afraid to return to Russia?

It's not that I'm not scared. I will not return to Russia for the time being. I will stay in Europe for a while.

What was your motivation for working as a mercenary? What role did money play for you?

Well, that was part of the motivation. I can tell you that most of the men who work in this structure are there just to make money. Nowhere else in Russia can they earn so much money.

What did your family say about your wanting to work as a mercenary?

You saw the condition I was in. Nobody stopped me. It was a job. And I've regained my peace of mind and confidence. Somehow I rediscovered the idea, the meaning of my existence. As if it had been successful psychotherapy.

How do you have to imagine the application process?

We call this company PMC, Private Military Company. You will be screened for debts and possible court cases. Then it is clarified whether you have valid documents and are allowed to travel. A passport is a requirement. They conduct interviews with the applicants to find out what prior military knowledge they have. Or if you even have one. From 2017, however, it was no longer considered whether one had military training or not. If you meet all these requirements, you get the job and can sign a contract.

Were only Russian citizens accepted?

In 2017, a rule was introduced that excluded non-Russian nationals. Now I think they are softening those rules and regulations again. In order to transfer the Wagner group to Ukraine for combat missions, it is not necessary to go through customs controls and other procedures associated with crossing a state border.

The base of the Wagner group is in the military area "Molkino", where the base of a unit of the Russian military intelligence service GRU is also located. Were there connections there?

It is a practice and shooting range. There you will find representatives of almost all parts of the land forces. In other words, it's not directly some kind of GRU base. But a military unit of the GRU special forces is stationed nearby.

In fact, private military companies are banned in Russia. Who officially appears as a customer of the Wagner group?

I'm preparing to release a project that pretty much covers everything in detail. This private military company is not truly independent. This is different from their Western counterparts like Blackwater. The Wagner Group is not independent in its choice of clients, nor in its decision to enter the private military services market. They don't approach any customers. You will be given orders.

There are a few people associated with this group, such as Yevgeny Prigozhin. Does he finance the group?

If I am asked questions about certain people, I say that I cannot say anything about certain people. I have laid everything out clearly in this book. It is proof that it is not an independent paramilitary group that can operate autonomously in any foreign market. There is a corporation and there is a CEO who runs the military wing of that corporation. The military unit implements his personal business projects. It doesn't matter who runs the company. If it's not him, it's someone else. The most important requirement is that you belong to the inner circle of the tsar.

Have you ever met Dmitri Utkin?

You see, the person who has been working in this structure since 2015 has been communicating with everyone, making contact, interacting in one way or another, and so on and so forth. It was Wagner himself.

They were in the Donbass and also in Syria.

2015 was my first "business trip" to Luhansk. But that was after the war ended. That was in July or August 2015. The fighting was over.

But in Syria you were involved in fighting and operations?

In Syria, the first deployment took place in September 2015, when the Russian government officially announced that it was taking part in the war.

Is there an ideology that unites the fighters of the Wagner group? Does a political ideology play a role?

Some seems to have come out of the ideological machinery of the Soviet Union during the Cold War, with a kind of patina. But in truth it is not about ideology. They all go there for the money. The real motive is money.

Were there situations in which you had moral concerns? Have you ever regretted joining the group?

I went through this school of life for four years. It gave me a lot of food for thought. No, I have no regrets. But in early 2019, I came to the conclusion that I just don't want to be there anymore. I realized I had reached a certain stage. One turns into an obedient helper. You turn into a primitive, the primitive version of a mercenary who can be used in any way. And for evil.

The Wagner group has been accused of many war crimes, for example in Syria or in Africa. Can you comment on that?

I do not want to comment on the atrocities in the Central African Republic at the moment. I think that's an exaggerated demonization. On the other hand, Wagner employees are given a free hand, there is no criminal prosecution. So everything here depends on the individual, on their character, on how much control they have over themselves. In addition, these people are getting used to war. Of course, there are a variety of violations. I told you, they work outside the law.

Have you personally witnessed such atrocities?

What is your opinion on the war in Ukraine?

This is the greatest mistake and borders on a crime. First of all, of course, it is a crime against Ukraine, but at the same time a crime against its own people. For me, Ukraine is a part of the country where I was born and grew up. The whole country, its citizens are my countrymen. Also, this is the country that is now building its own statehood for good reason. They're a little different from the Russians because they've done a lot to promote democracy. This is a far-fetched excuse to justify the so-called special operation. My fellow citizens only watch the state channels. And there they see this poison poisoning the citizens.

Were you also asked if you would like to take part in the war against Ukraine?

There was an offer, but of course I turned it down. That was in November. I refused, but at the time I didn't even think that this war would be possible. To be honest, I hoped until the last moment that it wouldn't come to that, because in my opinion it's the greatest nonsense. But it happened anyway.

There are rumors that the group in Ukraine has very high losses. Did you hear that too?

Yes I have heard that. The losses are significant. Because the mercenary formations are used as frontal attack units. That's why they suffered heavier casualties than anyone else. Also, there is another very important factor: the generals have no pity on them. You will not be held accountable for this. These losses are not recorded in the official reports. This is typical disregard for human life, which has always been a part of our history. We don't care about the people. Russian women will give birth to new children.

What do you actually think of Vladimir Putin?

He is a man detached from reality. He has convinced himself that he invented the idea of ​​his historical destiny for himself. 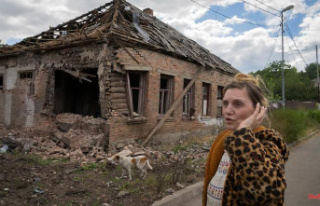 The night of the war at a glance: Russians advance...