In just ten days, Germany will be taking part in a NATO intervention force. 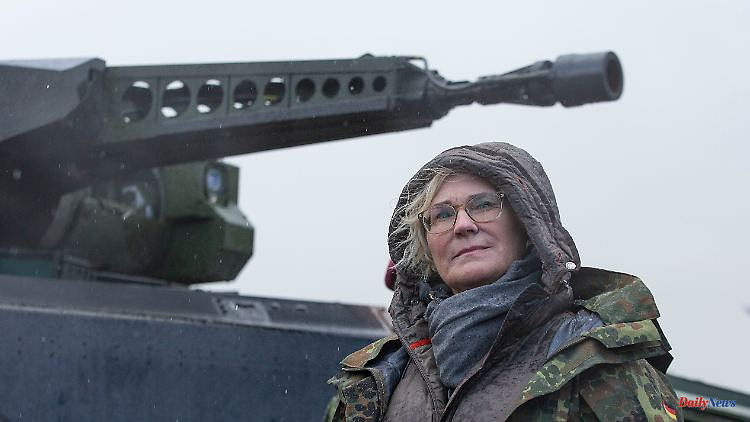 In just ten days, Germany will be taking part in a NATO intervention force. Defense Minister Lambrecht does not want to see the fact that all "Puma" tanks failed during an exercise shortly beforehand as wrong timing. The industry only gives them a few weeks for repairs.

Defense Minister Christine Lambrecht rejected criticism from the Union that the stress test was carried out too late after the "Puma" infantry fighting vehicle malfunctioned. With a view to Germany's participation in the NATO intervention force VJTF - stands for Very High Readiness Joint Task Force - which begins on January 1, the exercise was scheduled exactly right, the SPD politician explained on Deutschlandfunk. "That's why an exercise months earlier would not have helped us at all, because such exercises were very promising," says Lambrecht.

During the shooting exercise, all 18 Pumas used were out within a few days. Lambrecht decided not to buy any more Pumas until the weapon system was stable. In addition, the older Marder and not the modern "Puma" tanks are to be used for the NATO order. The tracked vehicle, plagued by numerous technical problems, was only declared fit for combat last year.

"Weapons systems have to be suitable for war, not just suitable for training. Billions for high-tech systems are only justified if these weapons are clearly superior in combat," said the FDP parliamentary group's defense policy spokesman, Alexander Müller. "We will therefore change course in procurement, rely more on marketable and proven components and make it easier for new market participants to access the defense sector. This will also put traditional companies under pressure to only deliver functioning systems." The goal is a powerful and operational Bundeswehr. "The time for compromise is over."

Lambrecht gave the industry a tight time window for repairs. "I'll give them a few weeks time, because I need reliable systems and not ones that I might be able to use sometime in 2025," she said. The industry knows that this project has no future if it does not show the government a perspective. Everyone knows that the cougar is vulnerable. It cannot go on without the appropriate changes being made. Otherwise you have to look around for other systems, "and they exist".

The "Puma" is a combat vehicle developed and produced by Rheinmetall Landsysteme GmbH (RLS) and Krauss-Maffei Wegmann (KMW). The defective tanks are now being checked for precise damage patterns by the two companies at locations in Bavaria and Lower Saxony. Problems with the electronics and the sensors are stored in a logbook and can be read out, and purely mechanical defects must also be inspected.

Together with the official and industrial partners, KMW has agreed on an initiative for the fastest possible analysis and repair, said a KMW spokesman. "The primary goal of the initiative is to make the "Puma" infantry fighting vehicle operational and available again as quickly as possible. KMW has already mobilized the capacities required for this." First of all, it is necessary "to gain access to the vehicles in order to examine them in detail". Reliable statements on the type and scope of the work can only then be made. The spokesman said: "For KMW, the successful cooperation in the development and certification of the infantry fighting vehicle 'Puma' is the guarantee for the permanent solution to the problems that have currently arisen." 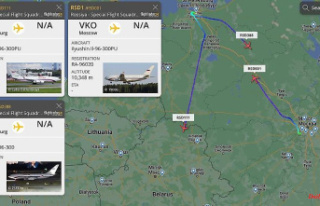