Executed in front of the camera: How did the Wagner deserter get into the hands of his murderers?

A disturbing video has been circulating on social media for days, in which fighters from the Wagner group murder a defector with a sledgehammer. 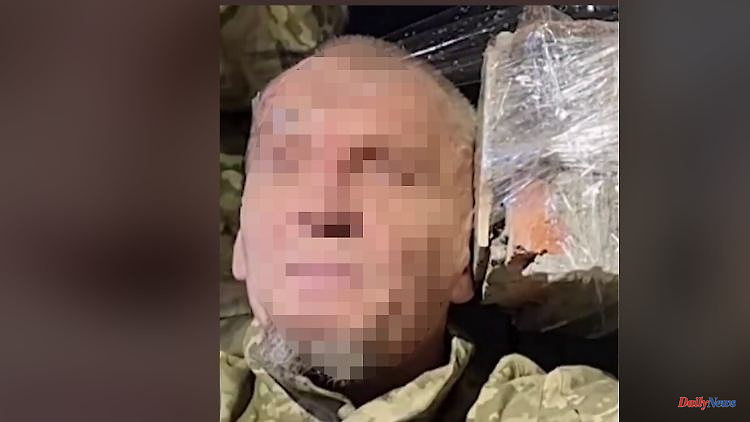 A disturbing video has been circulating on social media for days, in which fighters from the Wagner group murder a defector with a sledgehammer. But how did it happen that the former mercenary from the Ukrainian captivity fell into the hands of his later murderers? Kyiv provides an explanation. But there remain more questions than answers.

According to Ukraine, the former fighter in the Wagner mercenary group, whose execution video has been circulating on the Internet for days, voluntarily returned to Russia before his death as part of a prisoner exchange. Russian human rights activists doubt this and are demanding evidence from Kyiv. A Russian opposition politician sees the case as a failed action by the Russian secret service.

Last weekend, a Telegram channel close to the mercenary group published a video in which alleged Wagner fighters brutally murdered a man who once went to war against Ukraine with them. Before they smash his head in front of the camera with a sledgehammer, the man introduces himself as Yevgeny Nushin and says that during the war he decided to fight against Russia.

Yevgeny Prigozhin, head of the mercenary group, was pleased with the disturbing scenes. The video should be entitled "A dog deserves a dog's death," wrote a confidant of the Kremlin chief Vladimir Putin on Telegram. "Nushin betrayed his people, betrayed his comrades, deliberately betrayed them," said Prigozhin.

In an interview he gave in mid-September while he was a prisoner of war in Ukraine, Nushin told his story: According to him, he was serving a sentence in a Russian prison for murder and was recruited there by the Wagner group for the war. Arrived in the combat area, he surrendered to fight on the side of Ukraine from now on.

After the video appeared, the question arose as to how it was possible that Nushin from Ukrainian captivity fell into the hands of the Wagner fighters. According to Mykhailo Podoliak, an adviser to Ukrainian President Volodymyr Zelenskyy, the man returned to his homeland as part of a prisoner exchange. Nushin signed a voluntary agreement to the exchange in accordance with all legal regulations, Podoljak told the opposition Russian TV station Dozhd.

However, the exiled Russian human rights organization "Gulagu.net" doubts that Nushin was transferred voluntarily. The activists are urging Ukrainian authorities to release surveillance footage from the facility where Nushin was held. The moment when the man is led out of his cell for extradition to Russia is of particular interest to the human rights activists. "There is a reasonable suspicion that Yevgeny Nushin was handed over to the Russian security services and Prigozhin, head of the Wagner group, not voluntarily, but under duress," the organization wrote on Telegram.

If Nushin was actually extradited against his will, the case could have unpleasant consequences for Ukraine. Because the government in Kyiv is trying to get Russians to surrender voluntarily. After the mobilization was announced in Russia, Zelenskyy asked those drafted to go into captivity after arriving in Ukraine in order to save their lives. The authorities set up a website and a hotline to guide the Russian soldiers through the process step by step. The President promised the defectors that they would not be sent back to Russia unless they wished to.

Zelenskyi's adviser Podoljak suspects that Russia wanted to set an example by executing Nushin in order to intimidate Russian soldiers who wanted to surrender voluntarily. Ilya Ponomaryov, a former member of the Russian parliament, also attributes Nushin's murder to "propaganda purposes". However, the politician, who lives in exile in Ukraine, has a different explanation for the incident.

According to Ponomaryov, Nushin was an agent of the Russian secret services who was supposed to infiltrate the Freedom Legion of Russia. This Legion is a unit of the Ukrainian Armed Forces made up of Russian defectors fighting on the side of Ukraine. According to this, Nushin failed a lie detector test before being taken into the legion, was arrested and exchanged for Ukrainian prisoners.

According to media reports, since the end of August Ponomarev has headed a political center that includes not only the legion of Russian defectors but also the "National Republican Army" - a group that, according to Ponomaryov, was behind the assassination of Kremlin propaganda Daria Dugina. The daughter of right-wing ideologue Alexander Dugin was killed in a car bomb attack near Moscow on August 20.

1 COP27 in Egypt: "Oh my god, how could you not... 2 Time for "a new generation": Nancy Pelosi... 3 "Lies and rumours": Beijing sharply criticizes... 4 Are the corona numbers increasing?: This is how Germany's... 5 Reform dispute with Rome smolders: German bishops... 6 "Love Letters to the Muse": The Pirelli... 7 Öko-Test creams: Expensive body lotions fail with... 8 Hesse: New Frankfurt mayor will be elected in March 9 Thuringia: Infectious diseases: Jena distinguishes... 10 Baden-Württemberg: Cell phone disruption at O2: Baden-Württemberger... 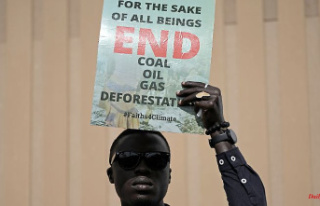