Expert on the offensive in Kherson: "It's pointed on the button"

The Ukrainian counter-offensive aims to push back Russian troops in the Cherson region. 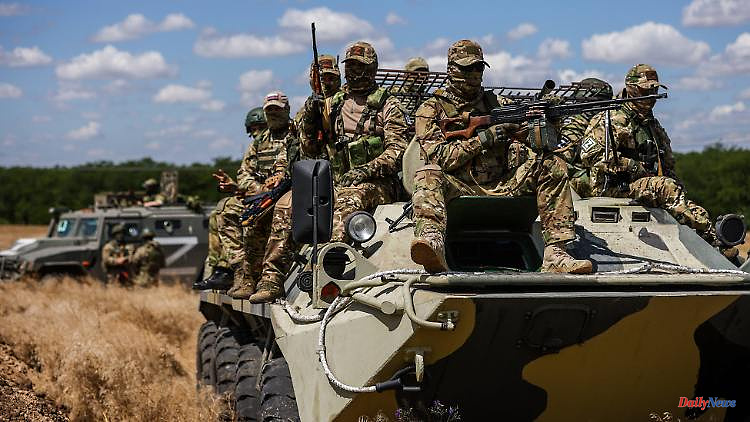 The Ukrainian counter-offensive aims to push back Russian troops in the Cherson region. Thanks to Western high-tech weapon systems and a "dehydration technique," they could even succeed, says security expert Weber. But in one thing Russia is superior to Ukraine.

Joachim Weber: It all looks like this is probably a major operation. There were always individual advances before that. But it gives the impression that in the past few weeks it has been more of a sampling for the larger offensive that now seems to have started. There are first reports that the Russian front line has been breached. However, the Russian troops are certainly a little lower there, so that the breakthrough through the first line, if it has taken place, does not have to mean much.

The Ukrainian journalist Illia Ponomarenko from the "Kyiv Independent" has warned against calling the attacks in Kherson the "big counteroffensive". He believes there is something bigger to come. What could he mean by that?

From a military point of view, it is always best for the attacker not to talk about planned offensives at all. But the Ukrainian government has been announcing it for weeks and has spoken of a major liberation campaign. Politically, a lot depends on this offensive succeeding. Setbacks can have massive political consequences for the government in Kyiv. Conversely, it is of course also tricky for the Russians. Putin wants and needs to be successful, and at least on this front section there is a risk of failure. Ultimately, how the situation on the battlefield develops will determine for whom this will be a military and possibly a political setback. One thing is certain: there is a lot at stake for both sides.

Russia has already called the offensive "a pitiful failure" and has denied any fighting on the front line. Is this a sign that the attacks are succeeding, when Russia doesn't even want to admit that fighting is taking place at all?

The Russian position is contradictory: the offensive can only fail if there was intense fighting. If you interpret it politically, however, such statements are in fact more likely to be seen as an indication that things may be worse for the Russians there than they would like them to be. But we really have to be careful here at every point and in both directions. I'm not very inclined now to believe one side or the other very much. We will have to live with our interpretations for a while. Not all of Ukraine's offensive advances have gone well in recent weeks. A very important brigade of the Ukrainian army, with a very popular brigade commander, has tried to regain territory from the Russians. This brigade has been crushed. The Russians surrounded them for the most part and shot them down with their superiority in artillery. That could well happen again.

The British secret service assumes that the Russian occupiers are suffering from personnel and supply problems, despite significant reinforcements. Most units are understaffed. Isn't that surprising considering that Ukraine has been announcing this counter-offensive for so long?

Of course, the Russians noticed what the Ukrainians were planning - the Ukrainian government had announced it publicly. And even if they hadn't announced it, the Russians would have noticed that Ukraine had moved larger units to the southeast and the region around Kherson. Of course, the Russians were prepared for that. They may have moved up to 25,000 men to this region, but in doing so they have also significantly weakened their offensive power in the Donbass. The Russians have not made any progress there since mid-August, and even before that only very slowly. With their troop movements, the Russians have certainly tried to react to the Ukrainian plans. But Ukraine, thanks to Western high-tech weapons systems, has apparently managed very successfully to disrupt Russian supply lines and partially destroy ammunition depots. In doing so, the Ukrainians have partially brought the Russian army into a situation known in NATO parlance as a "battlefield interdiction."

What does that mean?

That is, the battlefield will be dried up from behind, the Russians will be cut off from their rear communications. Above all, this is the destruction of the bridges over the Dnieper, so that the Russian troops fighting on the western bank of the river will probably not be able to get enough supplies. Even their superiority in artillery is of no use to them. They can have ten times as many cannons there, without ammunition it won't do them any good. Overall, this is a very delicate situation for the Russians. We'll see if the Ukrainians really can muster enough offensive power to turn them into a precarious situation for the Russians. Then a defeat of the Russian troops could threaten at least on the western bank of the river. But all of this should be viewed with caution.

How long can the Russians withstand the counter-offensive if they gradually lose supplies?

That's difficult to say because we don't know how much supplies will come through, for what purpose, and to what extent. Smaller things, such as infantry ammunition, maybe rations for the troops and the like, will surely come across the badly damaged bridges or be taken across the river in small boats. Artillery ammunition, on the other hand, is very heavy and bulky, that's heavy traffic. An artillery battalion uses about 300 tons per day in combat. In this respect, it will be difficult for the Russians. The bridges are probably so damaged that heavy goods traffic can no longer roll on them. That can dry up the Russians.

It sounds like Ukraine has a realistic chance. They fight the troops on the front line while at the same time shelling Russian ammunition dumps and trying to cut off supplies. What would have to happen for Russia to turn the situation around again?

Russia would have to mobilize significantly more forces. The fact that they haven't mobilized significantly more forces over the last few weeks and months shows that they don't currently have those forces available. The Russians not only have considerable problems with material supplies, but also with reasonably trained personnel. As long as Putin does not declare a real state of war and calls for general mobilization, he will probably not be able to significantly strengthen the Russian forces.

This means that the Russians can only shift their forces back and forth along the entire arc of the front, from Kharkiv to Kherson - always to where they are most urgently needed. The Russians still have a superiority in heavy weapons. On the other hand, thanks to Western systems, the Ukrainians have a certain technical superiority. What troops can currently be mustered from both sides is probably pretty similar in terms of numbers. In short: It is once again pointed to the button. 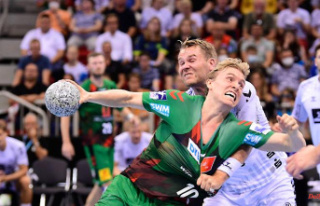