Shortly after conquering Sieverodonetsk, Russian troops are said to be crossing the Siverskyi Donets River and advancing on the neighboring city of Lysychansk. 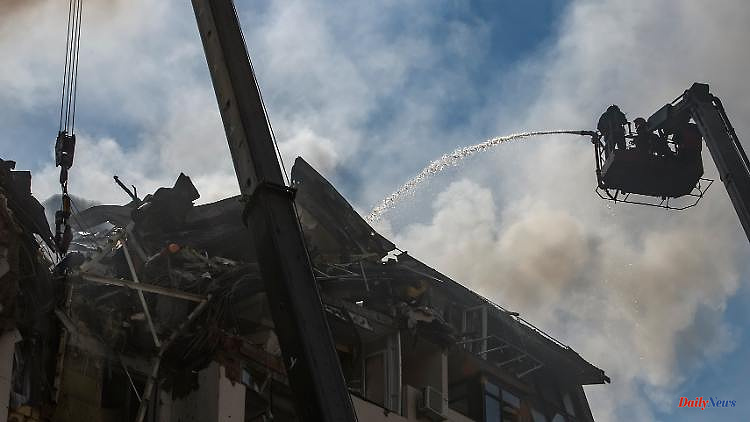 Shortly after conquering Sieverodonetsk, Russian troops are said to be crossing the Siverskyi Donets River and advancing on the neighboring city of Lysychansk. Meanwhile, the air raids on other parts of the country continue. In Kyiv, firefighters are still putting out the flames from the morning airstrike.

The Russian troops continue to concentrate mainly on the east of Ukraine. According to the Interfax news agency, after conquering Sieverodonetsk, the invaders also advanced across the Seversky Donets River to the city of Lysychansk. This is said to have been announced by pro-Russian separatists. There is no independent confirmation of this. After weeks of fighting, Russian troops succeeded in completely conquering the strategically important city of Sievjerodonetsk, as Mayor Oleksandr Strjuk confirmed on Saturday. Moscow troops and pro-Russian separatists now control almost the entire Luhansk region.

Other regions of Ukraine are currently being fired at massively with rockets. Hours after the morning rocket attacks on Kyiv, firefighters were still struggling to bring the flames under control. One man died and four people had to be taken to the hospital, according to Mayor Vitali Klitschko, including a seven-year-old girl. The girl's mother, according to Ukrainian information a 30-year-old woman with Russian citizenship, was rescued from the rubble of the house after several hours of work. She too had to go to the hospital.

In addition to Kyiv, the central Ukrainian region of Cherkasy also reported Russian rocket attacks on Sunday. As a result of the impact of two rockets near the regional capital, one person was killed and five others injured, said the governor of the Cherkassy region, Ihor Taburez. Videos of an apparently damaged railway bridge over the Dnipro River also circulated on social networks. Ukrainian Railways announced the temporary suspension of regional trains near Cherkasy.

According to Russia, it also fired on three military training centers in the west near the Polish border and in northern Ukraine. "High-precision weapons" and "Kalibr missiles" were used for this, the Defense Ministry said in Moscow. Several Ukrainian brigades "completely lost their combat capabilities" as a result of the attacks. The Russian ministry did not say where the rockets were fired from. The Ukrainian secret service recently accused Moscow of deliberately firing rockets from Belarus and thus "drawing the neighboring country into the war in Ukraine as a comrade-in-arms."

1 Cheap or not at all?: G7 discuss price cap for Russian... 2 Interview with Peter Sobotta: "Anyone who meets... 3 "No need to discuss": Watzke counters Hoeneß'... 4 G7 summit with women's program: For the wives... 5 25 years of Hogwarts: Harry Potter also exists without... 6 25th Book Anniversary: ​​How Harry Potter Enchanted... 7 Bavaria: Helicopter lands on the A8 due to a medical... 8 Baden-Württemberg: Motorcyclist falls 15 meters down... 9 Baden-Württemberg: Hoffenheim's newcomers at... 10 Saxony-Anhalt: Suspected thieves flee by car: accident... 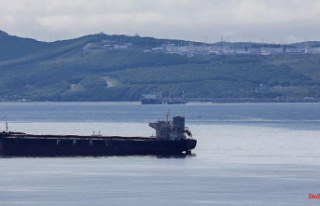 Cheap or not at all?: G7 discuss price cap for Russian...