Fake call from Navalny environment: Peskow Junior does not want to go to the Ukraine front

Partial mobilization in Russia, but not for everyone: the son of Kremlin press spokesman Peskov falls for a fake call from those close to Navalny. 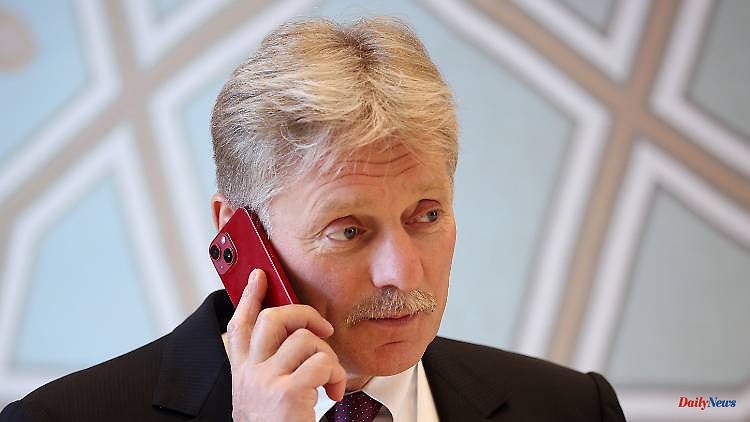 Partial mobilization in Russia, but not for everyone: the son of Kremlin press spokesman Peskov falls for a fake call from those close to Navalny. When he hears that he's been summoned to muster for the war effort against Ukraine, he says he'll handle things differently.

When moderator Dmitri Nizowtsev picks up the phone in a live broadcast, the blood of his interlocutor at the other end of the line must have frozen. Nikolai Peskov, son of Kremlin spokesman Dmitry Peskov, learns from a supposed military commissar that a summons to military call-up has been sent out and that he has to appear for a medical examination at 10 a.m. the next day. "You have to understand, if you know that I am Mr. Peskow, how wrong it is for me to be there. In short, I will take care of it on another level," Peskow's son replies.

The revealing conversation can be seen live on the Popular Politics YouTube channel, which is run by supporters of Kremlin opponent Alexei Navalny. Peskov's son goes on to say that he will not come to the draft office and did not give his consent to the voluntary draft. "I need to understand in general what's going on and what my rights are. That you'll take me off tomorrow - believe me, neither you nor I need that." When moderator Nizovtsev insists, young Peskov goes on to say: "I have no problem defending my homeland - but I have to understand the expediency of my appearance there, I'm talking about certain political nuances," he adds.

Peskow Junior also says that he should not be referred to as a volunteer in the documents. "I'll do what I'm told. If Vladimir Vladimirovich says I have to go there, I will go," he said, referring to Russian President Vladimir Putin, but adding: "I'm not a simple man."

Jailed in the penal camp, Nawlany said in a court appearance that Putin's "criminal war" was getting worse and worse. Navalny said Putin wanted to draw as many people as possible into the bloodshed in Ukraine. "In order to prolong his own power, he is tearing apart the neighboring country, killing people there. And now he is throwing a huge number of Russian citizens into the meat grinder," said Navalny.

The Russian President announced in the morning that Russians of military age would be partially mobilized. According to Defense Minister Sergei Shoigu, around 300,000 reservists are to be sent to reinforce the Russian and separatist forces in eastern and southern Ukraine. According to Shoigu, up to 25 million people could be mobilized - this is the total number of reservists in Russia.

1 Several bridgeheads on the Oskil: Where the Ukraine... 2 Nothing comes from nothing: Partial mobilization could... 3 "Too one-sided": Doris Schröder-Köpf defends... 4 70 concerts planned: Helene Fischer announces a big... 5 Look, Sebastian!: Emily Ratajkowski shows off her... 6 Mecklenburg-Western Pomerania: No route extension... 7 Hesse: Corona: Minister does not expect any serious... 8 The day of the war at a glance: Putin orders partial... 9 Protests against partial mobilization: More than 1000... 10 Dow Jones closes in the red: Fed spoils the mood for... 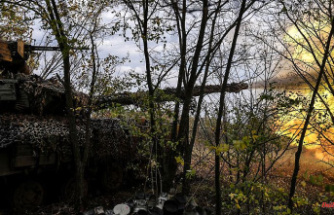 "Annexion is meaningless": Zelenskyj reports liberation of places in Kherson 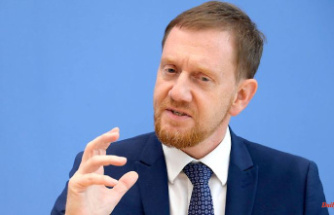 A turning point in East-West relations: Kretschmer: East Germans have a different position on the war 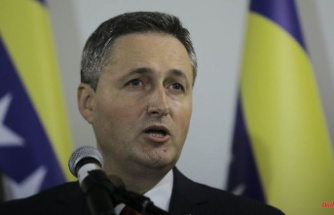 Contested Serbian part of the country: setback for nationalists in Bosnia-Herzegovina 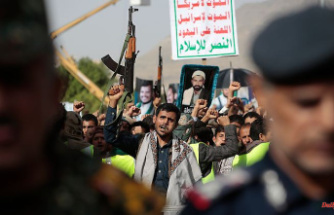 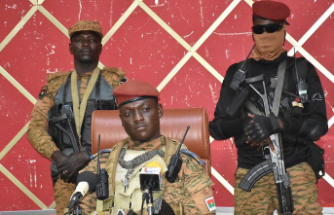 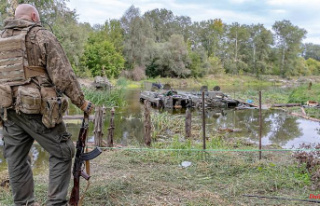 Several bridgeheads on the Oskil: Where the Ukraine...