Her visit to Taiwan has ramifications for US House Speaker Nancy Pelosi. 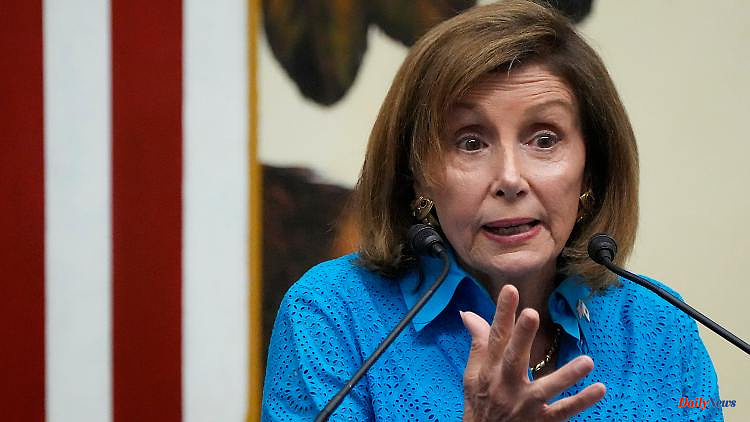 Her visit to Taiwan has ramifications for US House Speaker Nancy Pelosi. China, furious about the trip, has imposed sanctions on the democrat. Her family also felt the punitive action.

China has decided to impose sanctions on top US politician Nancy Pelosi for her trip to Taiwan. "Despite China's serious concerns and staunch resistance, Pelosi insisted on visiting Taiwan, seriously interfering in China's internal affairs, undermining China's sovereignty and territorial integrity, trampling on the one-China policy, and safeguarding cross-strait peace and stability threaten," a spokesman for the Ministry of Foreign Affairs in Beijing justified the move.

The ministry accused the Speaker of the US House of Representatives, who is second in line to succeeding the US President after the Vice President, of having acted “maliciously” and “provocatively”. The sanctions would also apply to their immediate family.

Pelosi also visited Taiwan this week as part of her trip to Asia, despite massive threats from China. She saw her visit as a sign of solidarity with the island, which insists on independence and is claimed by China as its own national territory. In response, China launched the largest military maneuvers to date in the waters off Taiwan on Thursday.

Pelosi's visit to Taiwan was the highest-ranking US visit to Taipei in a quarter-century. The communist leadership refuses such official contacts with Taiwan because they claim the island for themselves. Beijing sees self-governing Taiwan as part of the People's Republic and threatens to conquer it. The 23 million Taiwanese, on the other hand, see themselves as independent.

US Secretary of State Antony Blinken accused China of wanting to change the status quo in the Taiwan Strait with the missile tests and military exercises. At a meeting of the Southeast Asian international community Asean in Cambodia's Phnom Penh, Blinken said there was no justification for the military provocations following Pelosi's peaceful visit to Taiwan, a Western official quoted him as saying, according to the Bloomberg news agency.

Taiwan's President Tsai Ing-wen called the maneuvers and missile exercises "irresponsible". In a video address, the President urged the Chinese leadership to exercise common sense and restraint. Taiwan will not escalate tensions but wants to maintain the status quo. The President thanked the Group of seven leading democratic economic powers (G7) for their support.

The G7 had expressed concern and stressed that there was no reason to use a visit as a pretext "for aggressive military activities". In Beijing, ambassadors from EU countries and Japan, as well as EU representatives, were summoned to the Foreign Ministry, where they were handed a formal protest against the G7 statement. Germany currently holds the presidency of the G7.

Further irritations with Beijing are expected from a long-planned visit by the Human Rights Committee of the Bundestag to Taiwan. The trip should take place between October 22nd and 30th and also go to Japan and the Chinese special administrative region of Hong Kong, as the dpa learned from MPs. MEPs from all six parliamentary groups are expected to take part in the trip. 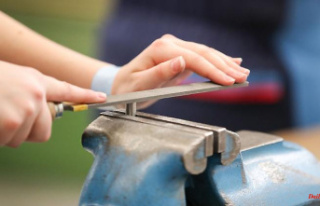