Record profits by the oil multinationals fuel the debate about a special tax, although the FDP wants to "bury" the excess profit tax. 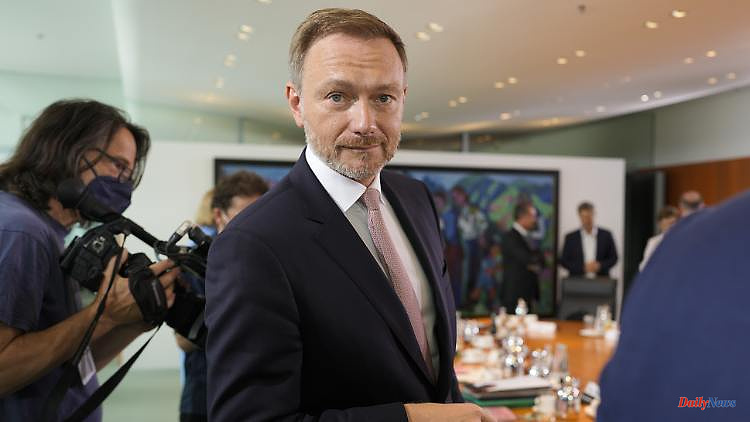 Record profits by the oil multinationals fuel the debate about a special tax, although the FDP wants to "bury" the excess profit tax. In fact, the SPD and the Greens leave important questions unanswered in the debate about their implementation. Nevertheless, Federal Finance Minister Lindner is under pressure - and possibly also Chancellor Scholz.

Federal Finance Minister Christian Lindner can probably no longer hear or read it, but he keeps coming across the word in the news: excess profit tax. This was also the case today, Thursday, when SPD faction leader Matthias Miersch said on the ntv program "Frühstart": "At the moment we have corporations that are making a lot of money. They now have to take responsibility for an excess profit tax." Two days earlier, the Greens parliamentary group leader, Michael Audretsch, had demanded: "If petroleum companies make billions in profits without any effort, then there must be an excess profit tax."

And when on Wednesday no prominent representative of the SPD and the Greens called for the skimming of profits from the crisis, UN Secretary General Antonio Guterres spoke up: The greed of the energy companies was "grotesque", he said and called on governments worldwide to tax excessive profits, to support the weakest with the income. In view of these constant demands, Lindner tried to clarify via Twitter on Thursday why he rejected an excess profit tax.

It is above all the oil and gas multinationals themselves that are giving new impetus to the debate, after the two largest of the three governing parties have been calling for an excess profit tax since spring - and the veto of FDP leader Lindner always failed. BP, Shell, TotalEnergies, Chevron and Exxon reported their highest profits in years for the second quarter this week, and BP even its highest profit in 14 years. It is obvious that the corporations are making a lot of money from the supposed market shortage, while governments around the world are considering how they can support their populations in dealing with the rapidly increasing cost of living - despite often empty state coffers due to Corona.

This is also the case in Germany, where the SPD and the Greens have promised further relief measures and, at the same time, are arguing with Lindner about more money for transfer payments (citizen benefit and basic child security) and the switch to renewable energies. But Lindner is tightly gripping the money tap, wants to go back to the debt brake in the coming year and doesn't want to change anything in the current budget either. "Anyone who wants to spend more money this year must also say where the money is to come from," said Lindner in an interview with ntv.de.

However, Lindner repeatedly described an excess profit tax to finance relief as "populism". In the "Rheinische Post", FDP General Secretary Bijan Djir-Sarai called for "the debate about the excess profit tax to be buried once and for all". The liberals, who are stagnating in the surveys at a modest 6 to 7 percent, fear that what they see as "arbitrary" special taxation of corporate profits will lose their market-liberal brand essence - and further falling popularity.

The lawyer Hanno Kube also considers the excess profit tax to be constitutionally problematic. "An additional tax on the profits of an individual industry would be unjustified unequal treatment," said Kube at ntv.de. "An excess profit tax would be an income tax on profits, and such a tax must be the same for all corporations." According to lawyers, the fact that countries such as Spain, Italy and Great Britain do in fact levy additional taxes on energy companies can be explained by the fact that governments there have greater scope for tax legislation.

Kube therefore believes it is right that Federal Minister of Economics Robert Habeck wants to reform antitrust law in order to combat the market power of the energy multinationals. The problem: Nothing has been heard of the reform for weeks and even if it does come, it will only help to lower prices in the future, but will neither skim off the immense corporate profits, nor will it flush money into the state budget in any other way.

From the point of view of economists such as ifo boss Clemens Fuest, it would also be counterproductive to penalize companies for their investments in the event of a shortage. "The profits are deserved insofar as the scarcity would be even greater without these investments," writes Fuest in the "Handelsblatt". Fuest's argument that companies already have to pay high taxes on their profits is more questionable. However, the international energy companies in particular pay hardly any taxes in Germany. The treasury therefore hardly participates in the profits of the multinationals.

Italy has therefore gone a different way, simply taxing companies with a flat rate, whose turnover has increased in relation to a comparable period. The problem: Of the additional income of ten to eleven billion euros that was hoped for, the companies had not transferred nine billion euros by the due date at the end of June. Apparently, the companies want to defend themselves against the special levy.

The problem shows how complicated it is to levy an excess profit tax. Because the SPD and the Greens have also failed to come up with a concept for this, it has so far been easy for Lindner to fend off the demands. But the debate is not yet buried. After all, the red-green coalition partners have other financing ideas for their projects: a one-off tax on the wealthy, a wealth tax, a reform of the inheritance tax, higher top tax rates or even a renewed suspension of the debt brake in 2023.

Saying no to everything in the long run and at the same time rejecting the federal government's funding plans, i.e. letting the two larger governing parties constantly play a role, cannot work in the long run - actually. Because it is striking that his predecessor is audibly silent in the debate. "From the Chancellor's point of view, there is currently no provision for an excess profit tax," said government spokesman Büchner on Monday, and only when asked.

The social-democratic mayor of Bremen, who wants to be re-elected next May, said on Thursday that the SPD must "position itself clearly and unequivocally as the protecting power of the little people and the middle class and must not shy away from conflict with the liberal coalition partner". The FDP must also recognize that the money for this has to come from somewhere. A first indication that the disappointment in the SPD is gradually being directed at their own chancellor - and who then no longer supports Lindner's permanent defensiveness. 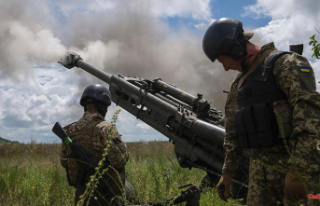 Is fighting in the east just a distraction?: Russia's...