Negotiations between traffic lights and the Union on citizen income are in full swing behind the scenes. 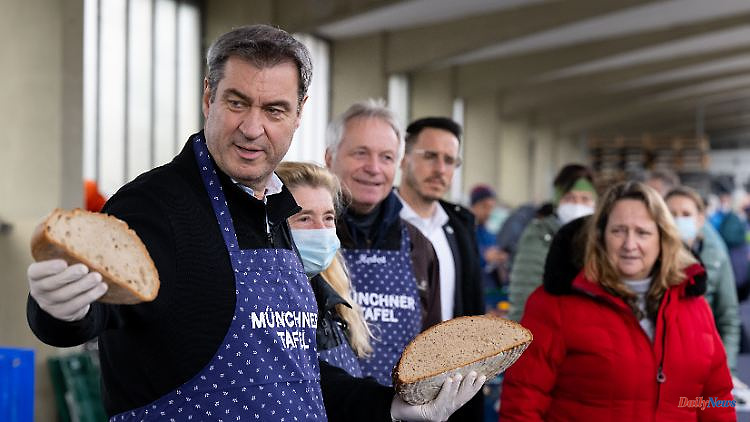 Negotiations between traffic lights and the Union on citizen income are in full swing behind the scenes. The FDP urges the Greens and SPD to be more willing to compromise, CSU boss Söder exudes "basic optimism" for a quick agreement.

According to leading traffic light and Union politicians, the dispute over the planned citizens' income could be ended with a compromise this week. The unemployed might face more penalties for breaches of duty than previously planned. In addition, recipients of the follow-up benefit from Hartz IV could be allowed to keep less of their own assets. Both sides have been negotiating at high pressure behind the scenes for days. A compromise is to be sealed in the mediation committee of the Bundestag and Bundesrat on Wednesday. SPD General Secretary Kevin Kühnert said in Berlin: "We believe that this will work this week." Green parliamentary group leader Britta Haßelmann said: "The citizen money will come, I'm sure of it".

CSU boss Markus Söder announced in Munich that the negotiations allowed for a "certain basic optimism". However, the "absolute condition" for an agreement is that the so-called protective assets are significantly reduced and there are sufficient sanction options, said Söder. Anyone who can work but doesn't want to, must also be able to be subject to sanctions, he demanded. "We always feel like advocates for the hard-working." The whole thing is under the motto: "Performance must be worthwhile."

FDP presidium member Michael Theurer called on the coalition partners SPD and Greens to move. "When it comes to citizen income, the balance between funding and demanding must be maintained in the future," said Theurer in Berlin. "The public impression has arisen that the necessary personal initiative is not given enough attention." It is reasonable for people receiving citizenship benefits to get involved - for example by making efforts themselves to get a job. "SPD and the Greens must acknowledge that there is no political majority in the Bundesrat for suspending sanctions every six months," said Theurer. FDP General Secretary Bijan Djir-Sarai said: "Not only does the Union have to move, but also when it comes to sanctions, trust time, the SPD and the Greens also have to move here."

Haßelmann emphasized that the future focus on basic income should be on qualification, training and further education. Co-group leader Katharina Dröge rejected the CDU proposal to separate the increase in standard rates from the rest of the reform plans. The citizen money is an overall package, said Dröge in the morning in the "ntv Frühstart". "From our point of view, splitting up both elements would lead to the Union simply blocking the second part completely." As of January 1st, the income of single people is to increase by more than 50 euros to 502 euros. Linke leader Janine Wissler expressed the fear that the reform "will end up being even puny" and spoke of a "competition of shabbiness".

According to the draft law by Labor Minister Hubertus Heil, there should be no reduction in benefits in the first six months if someone fails to take part in measures agreed with the job center or fails to apply for placement suggestions. On the other hand, sanctions for multiple failures to report to the job center should also be possible during this “time of trust” of up to 10 percent. After six months, the SPD minister's draft provides for 20 percent less performance in the event of a breach of duty, and 30 percent for each additional time. According to a ruling by the Federal Constitutional Court, cuts of more than 30 percent are not permitted.

Heil's draft, which has already been approved with minor changes in the Bundestag, also provides for a two-year "waiting period". Reasonable costs for rent and heating are to be covered for 24 months. Savings should not have to be used up if they are not significant assets. 60,000 euros and 30,000 euros for each additional person in the so-called community of needs are considered significant. Self-used land or condominiums should not be taken into account.

Theurer said the FDP advises its coalition partners to go into the negotiations in a "solution-oriented" manner. "This goal could, for example, be addressed even more through more attractive rules on additional income, instead of suspending sanctions." According to the previous draft, those who earn between 520 and 1000 euros should be able to keep more of their income in the future. The allowances in this area are to be raised to 30 percent. The allowances for pupils, students and trainees are to be increased to 520 euros.

The mediation body of the Bundestag and Bundesrat is now coming into play because the state chamber, unlike parliament, did not approve the draft. The committee consists of 32 members - 16 each from the Bundestag and Bundesrat. Mecklenburg-Western Pomerania's Prime Minister Manuela Schwesig will chair the meeting. CDU leader Friedrich Merz, who had rejected the basic income draft as a mess, is also on the arbitration board. The consultations are confidential. If there is a compromise, this new version of the draft law must again be approved by the Bundestag and Bundesrat. According to the will of Minister of Labor Heil, the state chamber should give the law the green light this Friday. According to the Federal Employment Agency, the rules must be decided by the end of the month so that the money can flow in good time at the beginning of the year. 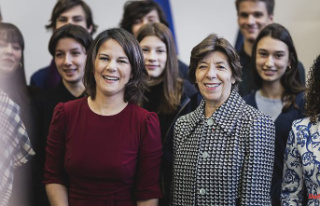