Traditionally, Crimea serves as the home base of the Russian Black Sea Fleet. 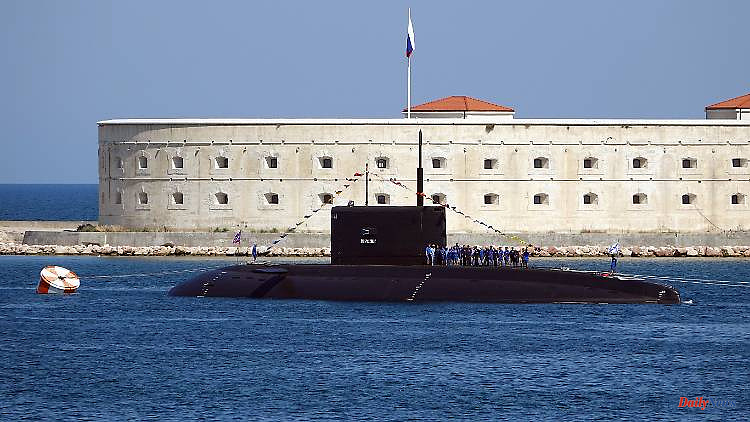 Traditionally, Crimea serves as the home base of the Russian Black Sea Fleet. According to British information, the Kremlin is now relocating older-type submarines from the peninsula to southern Russia. The reason is probably the fear of further Ukrainian attacks, according to London sources.

According to the British intelligence services, Russia has withdrawn its Kilo-class submarines from the annexed Ukrainian Black Sea peninsula of Crimea because of the risk of Ukrainian attacks. The ships of the Black Sea Fleet have been moved from their home port of Sevastopol to the southern Russian port of Novorossiysk, the Ministry of Defense said in London. The Kilo class are submarines powered by diesel engines, mainly from the 1980s.

The Russian Black Sea Fleet is traditionally based in Crimea. The reason for the transfer is most likely that the Ukrainian ability to attack at longer distances has increased and the security situation in Crimea has therefore changed, it said in London. Meanwhile, the Ukrainian military reported on Monday that the Russian Black Sea Fleet had increased its fleet operating off Crimea to ten ships again. Among them are three missile cruisers and three large landing ships.

In the past two months, both the headquarters and the main airfield of the Black Sea Fleet in Crimea have been the target of Ukrainian attacks. At the end of July, a drone struck the yard of the fleet headquarters. There were also injuries. Then, in early August, several explosions occurred at the Saki airbase. According to British intelligence experts, this significantly weakened the naval aviation of the Black Sea Fleet. At least eight aircraft were destroyed or damaged by the explosions, the Ministry of Defense said a few weeks ago.

In April, the Black Sea Fleet lost its flagship, the missile cruiser Moskva. After a fire on board, the ship, which was more than 180 meters long, sank. Ukraine claims to have sunk the "Moskva" with anti-ship missiles.

'The enemy is on our land': Duma deputy: Army must stop lying
BREAKING NEWS 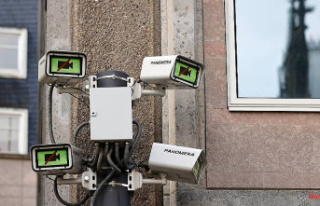 ECJ: Exception only in case of threat: Data retention...