For weeks, the Russian military has repeatedly attacked the Ukrainian energy grid in order to put pressure on the population. 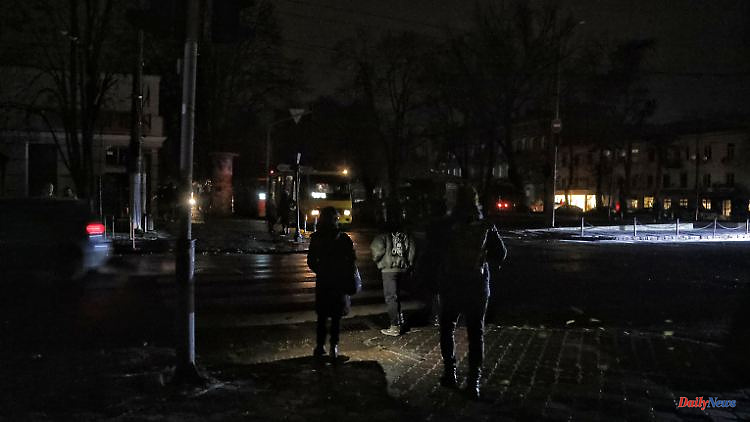 For weeks, the Russian military has repeatedly attacked the Ukrainian energy grid in order to put pressure on the population. Millions of households are without electricity, as Ukrainian President Zelenskyy has now explained. There are also fears that the situation could worsen on New Year's Eve.

Despite repair work on the power grid, which was severely damaged by Russian attacks, around nine million people in Ukraine are still without electricity. "But the number and duration of power outages is steadily decreasing," said Ukrainian President Volodymyr Zelenskyy in his daily video address on Monday evening. But there are still many deficits in the power supply.

Important decisions were made during his consultations with government representatives on the situation in the energy and infrastructure sectors. "We are preparing for next year, not just for the winter months," Zelenskyj said. "There are steps that need to be taken and the state will definitely take them."

The President did not give any details. At the same time, Zelenskyy warned of possible new Russian attacks on the Ukrainian energy grid. "The air defense is preparing, the state is preparing and everyone has to prepare," he said. The Russian military has been attacking the Ukrainian energy grid again and again for weeks with cruise missiles, rockets and so-called kamikaze drones. The aim is to put the population under pressure in the middle of winter with the failure of the electricity and water supply.

The Ukrainian Energy Minister Herman Galushchenko had previously expressed fears of a large-scale Russian attack with rockets and cruise missiles on New Year's Eve. "The Russians have not renounced attacks against our energy grid," he said on Ukrainian television.

"And since they're looking at specific dates, New Year's is likely to be one of those dates that they're going to try to damage our energy grid." The power grid is currently being repaired quickly in order to bring the Ukrainians uninterrupted New Year's celebrations. The prerequisite, however, is that there are no new Russian attacks.

1 "Have you ever seen WWM?": Doctor Jauch... 2 Lukashenko's critic: prison sentence for Belarusian... 3 Mullah regime blocks Internet: Musk: Almost 100 Starlink... 4 Shortly after death of travel companion: Russian politician... 5 60 percent are in the red: In 2023, large hospital... 6 "Ask your doctor or ...": Lauterbach for... 7 "I'm tired of the excuses": Strack-Zimmermann... 8 Rumors about the transfer: Ronaldo apparently shortly... 9 23-year-old pedestrian recorded: the driver turns... 10 A quarter goes to Ukraine: German arms exports are... 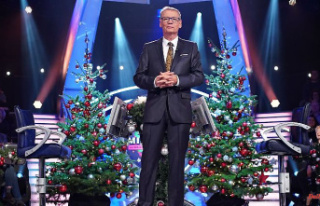