Fighters killed in ntv report: Belarusians "risk everything" in Ukraine

Immediately after the start of the invasion of Ukraine, Belarusians form a unit that fights on Kiev's side against the Russian attackers. 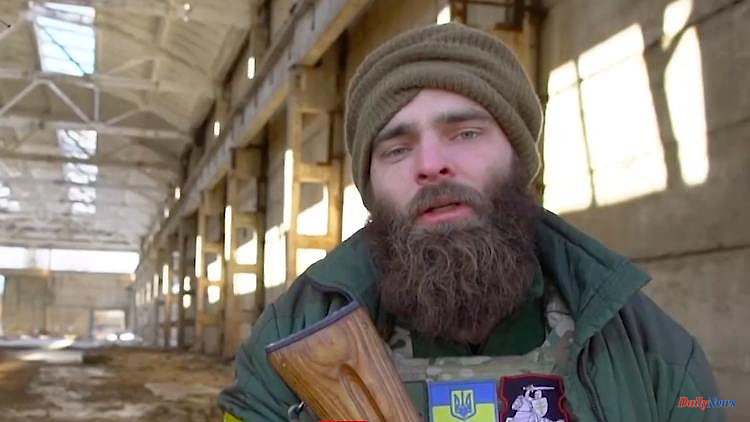 Immediately after the start of the invasion of Ukraine, Belarusians form a unit that fights on Kiev's side against the Russian attackers. The regiment now has hundreds of members. A camera team spoke to two in March. One of them is now dead, the other in captivity.

In the Russian war of aggression against Ukraine, the government in Minsk is clearly on the side of the Kremlin. Belarus is not actively taking part in the fighting, but ruler Alexander Lukashenko is making the territory available for Russian attacks on the neighboring country. But by no means all Belarusians stand idly by when rockets are fired at Ukraine from their country. While a partisan movement inside the country is disrupting the progress of Russian military transports to the war zone with numerous acts of sabotage, hundreds of Belarusians are also fighting directly on the front in Ukraine.

Already in the first days of the war, dozens of volunteers formed a Belarusian unit, which has now grown into a regiment. The association has since been incorporated into the Ukrainian armed forces and bears the name of the revolutionary Kastus Kalinouski, who fought for independence from the Russian Tsarist Empire in the mid-19th century. "From the gallows I am writing to you, the people, that you will only be happy if there is no longer Moscow above you," Kalinouski addressed the Belarusians in a letter in 1864 - shortly before he was executed by the tsar's henchman in Vilnius .

Even more than 150 years after the death of the freedom fighter, his legacy is more relevant than ever. And the soldiers of the Kastus Kalinouski regiment continue the fight for the independence of their homeland. Because the Belarusians and the Ukrainians are fighting against a common enemy. "If Ukraine wins, then the Kremlin would be weakened and thus Lukashenko would also be weakened," said Belarusian opposition leader Svetlana Tichanovskaya in an ntv interview in April.

At the beginning of March, a camera team visited the future regiment's fighters during training in Kyiv and spoke to two of the men. As became known a few days ago, one of them has been killed. The other is in Russian captivity.

Jan Derbeiko, a trained aeronautical engineer, left Belarus for the Ukrainian capital in 2020 following protests over Lukashenko's alleged election victory. When war broke out, the young man decided to stay. "I have already lost my homeland and now my second home is being destroyed," Derbeiko explained his motivations. At the end of June, the 26-year-old was captured in the fighting for Lysychansk in eastern Ukraine. A few days ago, pro-Russian separatists published a "confession video" by Derbeiko. Only then did it become known that the commander of one of the two battalions of the regiment, Ivan Marchuk, died in Lysychansk.

Marchuk was one of the regiment founders and one of its most recognizable faces. He had already fought against the separatists in Donbass in 2015. When the great invasion war began in February, he did not hesitate and took up arms. "How could I stay at home or run away to protect myself when such unjust things and terrorism happen?" Martschuk said in a post on ntv.de in early March. He was 28 years old. In an interview with Radio Liberty the day before his death, he spoke of his inability to remain silent when he saw injustice. "Now everything is coming to a logical conclusion, so I'm in Ukraine, where I'm risking everything and I'm being threatened by both the (Belarusian secret service) KGB and the Russian enemies," Marchuk said.

In their home country, the fighters of the Kastus Kalinouski regiment face severe punishment. In March, the Interior Ministry in Minsk announced that it had initiated criminal proceedings against 50 people who were fighting in Ukraine as members of the Belarusian battalion. The ministry described them as "participants in terrorist formations". In May, Lukashenko had criminal law tightened and the death penalty extended. The regime also threatened the Kalinouski fighters with this. "While some of our scoundrels are fighting in Ukraine today and threatening to come to our country online, we need to take additional legal measures to protect the state, the peace in our country and the lives of our citizens," he said the deputy chairwoman of the "Standing Committee on Human Rights", Lilija Ananich, as an argument for extending the death penalty.

It is not known how many Belarusians are fighting on the Ukrainian side. Svetlana Tichanovskaya spoke of around 1,500 soldiers. At least seven men have died in the fighting. Several are missing or are in Russian captivity. At the same time, there are Belarusians who are fighting on the Russian side but are not being pursued. The opposition broadcaster "Current Time" recently reported on at least five known fighters.

In its statement on Marchuk's death and Derbeiko's imprisonment, the Kastus Kalinouski regiment pointed out that its fighters are only volunteers. However, the Russian authorities consider them illegal mercenaries. In Russia, being a mercenary is punishable by up to eight years in prison. Two Britons and a Moroccan fighting on the Ukrainian side were even sentenced to death in the self-proclaimed "People's Republic" of Donetsk for this crime. The self-proclaimed republic has its own penal code. 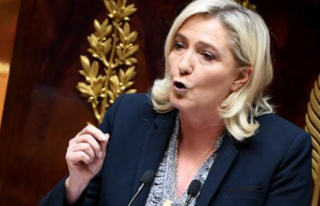