It is still unclear what causes numerous fish in the Oder to die. 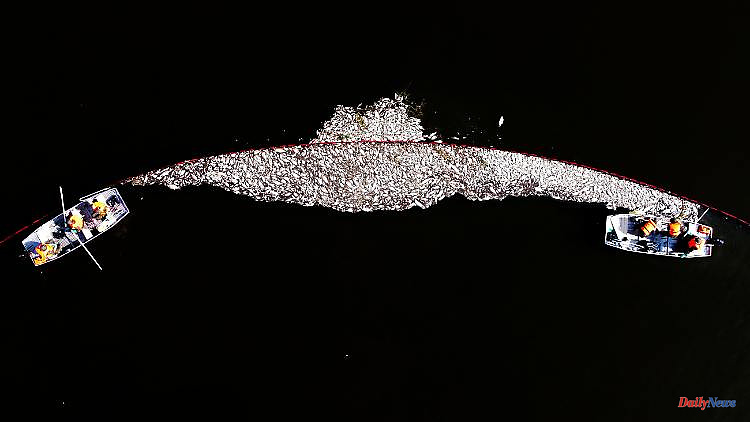 It is still unclear what causes numerous fish in the Oder to die. Federal Environment Minister Lemke is requesting information from Poland. The fish kill was already known there in July - the fact that the knowledge was not passed on is not well received on the German side.

According to Federal Environment Minister Steffi Lemke, the massive fish kill in the Oder may be due to poisoning by chemical substances. "So far I have no knowledge of this. It actually seems to be the case that these are chemical substances from industrial production," said the Green politician at a meeting with representatives of the Polish government in Szczecin when asked by journalists about the cause. "But we don't know for sure," Lemke emphasized. "That's why we have to work together at full speed to clarify this."

Lemke also said that solution-oriented discussions had been held and that "good, joint steps" had been agreed. These include, in particular, improvements in the information chains. There have been omissions in the past few days. The German side was initially informed by anglers about the fish kill. The aim now is to minimize damage, inform and protect the population and identify who caused the environmental disaster.

Lemke also thanked the full-time and voluntary helpers who have already recovered vast quantities of dead fish from the border river. "It is clear that we are facing a really bad environmental disaster," said the minister. The effects, which could possibly extend for years, are not yet foreseeable.

According to the Polish government, laboratory tests of dead fish have so far not revealed any toxic substances that have caused the fish to die. The fish were examined for mercury and other heavy metals, said Poland's Environment Minister Moskva. In the coming hours, the fish samples would be examined for a further 300 harmful substances, including pesticides. In addition, fish corpses are to be dissected and the behavior of the fish examined shortly before they die.

Moskva said water samples showed elevated oxygen levels, which is unusual for the summer period and low water levels. It is possible that the water was oxidized. This could indicate that the fish kills may not have a natural cause, but that there is a perpetrator who released substances into the water.

Before the meeting, Lemke had demanded clarification from Poland about the background to the fish kill. The government of the neighboring country has already admitted that information about the environmental disaster had not been passed on within Poland either, the Greens politician told NDR. "This information reached us much later." After the meeting, the minister expressed her gratitude that the Polish government had openly addressed the communication problems and drawn the first conclusions. "This is a good sign. And it must not happen again that such information is not passed on directly," added the minister.

According to government information, Polish authorities had indications by the end of July that there were masses of dead fish floating in the river. The fact that this information was not passed on has led to disagreements between Germany and Poland. On Friday, Polish Prime Minister Mateusz Morawiecki dismissed the head of the Polish water protection authority and the chief inspector of the environmental protection authority. The German authorities had received the first indications of an unusual fish kill on Tuesday. Initially, a larger amount of mercury was suspected as the cause. However, according to Polish information, initial toxicological investigations revealed that the heavy metal was ruled out as the cause.

Brandenburg's Prime Minister Dietmar Woidke calls for further investigations into the cause. On the fringes of the art award ceremony in Neuhardenberg, he said: "We must continue to work intensively to clarify what exactly happened. To this day we do not know which substances are involved." The investigation must be carried out together with the Polish authorities. According to Woidke, laboratory results have been announced for Monday in Brandenburg. In addition, it annoys him "that it took so long for information to be available," said Woidke. "We will then have to address this critically with the Polish side."

According to the Ministry of the Environment in Mecklenburg-Western Pomerania, no fish carcasses have been discovered in the German part of the Szczecin Lagoon. "So far, the water police have not spotted any cadavers. Residents have not reported anything of the sort to us either. Nevertheless, we are still on the alert and are monitoring the situation on site very closely," said State Minister Backhaus in Schwerin.

Samples taken on Saturday reportedly returned unremarkable pH, oxygen and conductivity readings. However, according to the information, the investigation for pollutants is not yet complete and could take several days. The samples are taken at three measuring points, including near Ueckermünde and near the German-Polish border. As early as Saturday, the state ministry had recommended residents to temporarily refrain from fishing in and taking water from the body of water.

Meanwhile, the Polish Water Authority has denied reports that water from Polish reservoirs was discharged into the river between late July and early August. According to the PAP news agency, this was false information that was being disseminated in the Polish and German media. Accordingly, the short-term rise in the water level is due to the weather conditions. "In the Czech Republic there were heavy rains at the end of July, which affected the flow and water level of the Oder," the statement said. 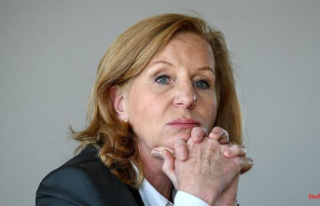 Consequences of the RBB affair: Schlesinger is rid...