It remains unclear how he intends to do it, but British Prime Minister Sunak has made five full-bodied promises to his compatriots for the New Year: Above all, he wants to help the economy get back on its feet. 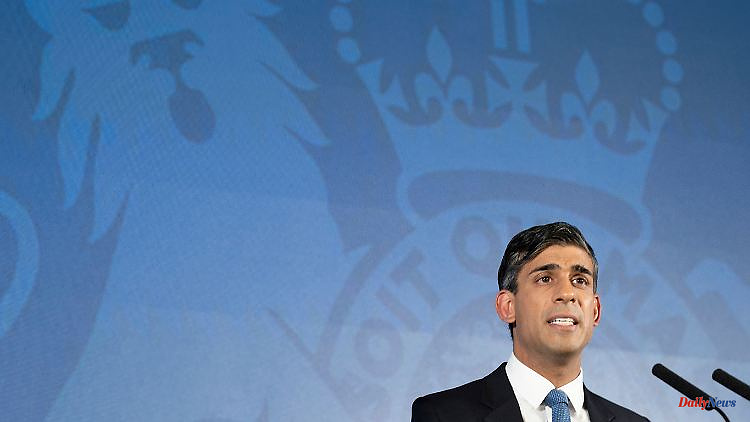 It remains unclear how he intends to do it, but British Prime Minister Sunak has made five full-bodied promises to his compatriots for the New Year: Above all, he wants to help the economy get back on its feet. However, experts expect a longer recession - and time is of the essence for Sunak.

British Prime Minister Rishi Sunak has given the population concrete promises for his government work and promised a better future for the country. "I want to promise you five things today," Sunak said in a speech. Inflation will be halved, the economy will grow, national debt will fall, waiting times in the National Health Service (NHS) will be reduced and immigration across the English Channel from France will be stopped. These are the "priorities of the people" and thus also the priorities of his government, which should also be measured against them. "No tricks, no double entenders," Sunak said. "Either we deliver or we don't deliver."

Sunak also promised deeper, long-term changes. Among other things, he wants to ensure that all pupils in England continue to study mathematics in some form up to the age of 18. The 42-year-old Prime Minister has been criticized for numerous problems in Great Britain. Thousands of workers are on strike over demands for higher pay, inflation is at its highest level in about 40 years and economists are predicting a prolonged recession for the kingdom. Waiting times for doctor visits are at record levels.

This is partly due to Brexit and the high susceptibility to fluctuating gas prices due to low storage capacities. It therefore remained unclear at first how realistic Sunak's promises are. Inflation should fall by itself in the longer term. The Budget Office (OBR), on the other hand, predicted an increase in public debt last month. Curbing migration across the English Channel also depends on cooperation with France. Sunak has been in office since October after his predecessor Liz Truss resigned after just a few chaotic weeks as prime minister under pressure from her party.

The prime minister is pressed for time. Elections are expected next year, and according to polls, the opposition Labor Party is clearly ahead. Critics in his own ranks fear that the former Goldman Sachs analyst and hedge fund partner will be seen by the population more as a manager than as a leader.

1 Macron on the phone with Selenskyj: Paris wants to... 2 Undermining Ukraine Aid: How Pro-Putin Activists Operate... 3 New defender after "shock"?: FC Bayern makes... 4 The Cardinal of Cats: In Ratzinger's footsteps... 5 Sophia Thomalla raves about the ex: thieves steal... 6 Authority collects business model: severe defeat and... 7 Off to the gym?: Before the contract is signed ... 8 Baden-Württemberg: commemoration of Pope Benedict... 9 Saxony: newborn killed: mother convicted of murder 10 Baden-Württemberg: Hoffmeister-Kraut warns of the... 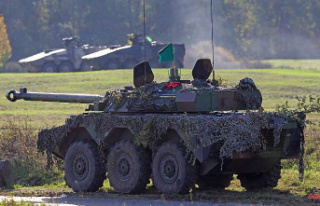 Macron on the phone with Selenskyj: Paris wants to...