Five years after the flight: Myanmar refugees have little hope

Over 600,000 Rohingya fled Myanmar to Bangladesh in 2017 because of years of oppression and brutal persecution. 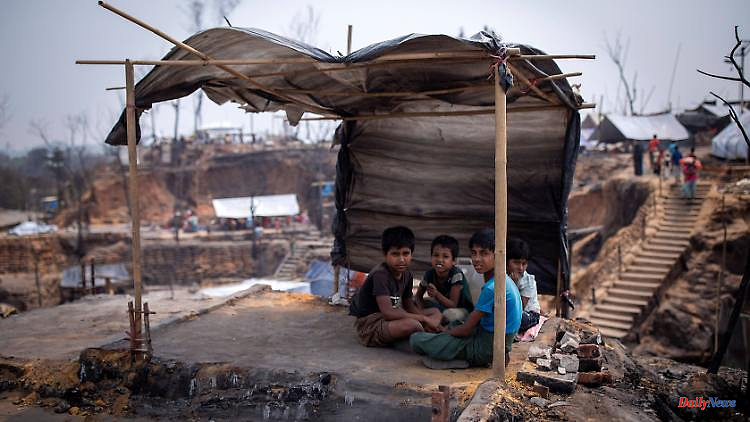 Over 600,000 Rohingya fled Myanmar to Bangladesh in 2017 because of years of oppression and brutal persecution. The United States accuses the country of genocide against the Islamic minority. Five years after the flight, the situation and perspectives of the refugees have still hardly improved.

On the fifth anniversary of the Rohingya refugees fleeing Myanmar, aid organizations are warning of a lost generation. Many young Rohingya in the overcrowded and world's largest refugee camp in neighboring Bangladesh have debts and no jobs or prospects, said the Secretary General of the Norwegian Refugee Council, Jan Egeland. They are tired of waiting for the world to act. If a solution is not found soon, there is also a risk that they may never be able to return to their home country of Myanmar.

Five years ago, the military in predominantly Buddhist Myanmar began its offensive against the Muslim Rohingya minority in Rakhine. Hundreds of thousands of Rohingya then fled. The United Nations describes their persecution as genocide and crimes against humanity. Bangladesh hopes that they will return to Myanmar, but so far several repatriation attempts have failed because of the refugees' safety concerns.

The Rohingya lost their citizenship under a law passed by Myanmar's military junta in 1983. Many refugees do not believe that their situation will improve without citizenship. Rohingya activist and camp resident Khin Maung said, according to the aid organization Refugees International: "We have to look at the causes of the crisis in Myanmar." One cannot return to a place where one would be forced to flee again.

According to a survey by the aid organization Save the Children, many camp residents currently feel neither happy nor safe. A camp resident named Mohammad told the organization, "We no longer have the strength to endure this terrible life." Child labor and a lack of access to good education are also major problems.

1 Twice as much electricity from wind: where should... 2 First too expensive, then also rejection: Manchester... 3 Four cases despite the "end of the epidemic":... 4 Debate about Karl May books: "Winnetou never... 5 Objection now allowed: Harvey Weinstein wants to "prove... 6 Naturally cloudy in the Öko-Test: Three apple juices... 7 Hesse: lottery players from northern Hesse win over... 8 North Rhine-Westphalia: fire with damage in the millions... 9 Baden-Württemberg: Uzin Utz increases sales in the... 10 Mecklenburg-Western Pomerania: woman stabs ex-boyfriend:... 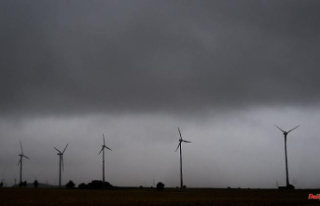 Twice as much electricity from wind: where should...