Focus on medicine instead of money: Lauterbach promises hospital “revolution”

In German hospitals, payment is based on the diagnoses treated, no matter "how complex the case is treated," says Health Minister Lauterbach. 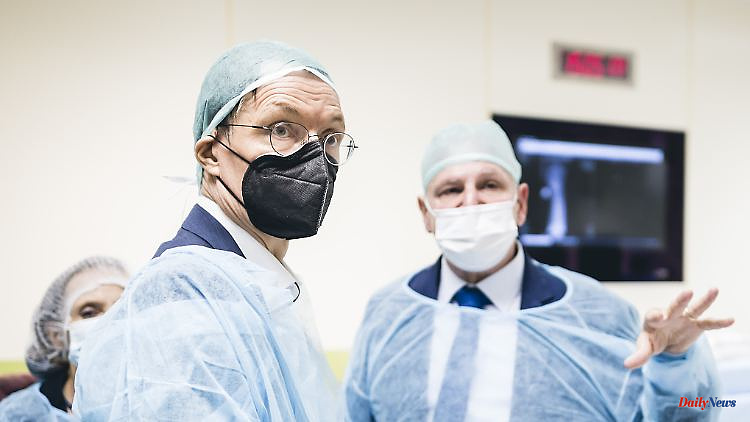 In German hospitals, payment is based on the diagnoses treated, no matter "how complex the case is treated," says Health Minister Lauterbach. In his eyes, a false incentive. The SPD politician wants to put medicine back in the foreground with a reform.

In the future, patients in German hospitals should be treated less from an economic point of view and more from a medical point of view. That is the aim of extensive reform proposals presented by Federal Minister of Health Karl Lauterbach in Berlin. "Medicine will again be placed in the foreground of therapy and will not follow the economy," promised the SPD politician.

"The hospitals have serious problems," said Lauterbach. The main problem is the payment of the clinics via so-called flat rates. These are flat rates for comparable treatments - "no matter how complex the case is treated, no matter where it is treated, whether it is treated well or not treated so well," as Lauterbach explained. As a result, clinics would be caught in a "hamster wheel" of performing as many treatments as cheaply as possible. "So with this system you have a tendency towards cheap medicine."

According to the proposals of a government commission on hospital care, the clinics should instead be rewarded according to three new criteria in the future: provision of services, levels of care and service groups. Among other things, fixed amounts should flow for the provision of staff, an emergency room or necessary medical technology.

Unlike today, hospitals should also be classified into three specific levels and funded accordingly. There should be clinics for basic care - for example for basic surgical procedures and emergencies. Other houses should take care of the “regular and priority care”. Additional services are to be offered here. University hospitals are to be assigned to a third group, the "maximum care" hospitals. Lauterbach said the planned reform should be a focus of his work in the coming years and represents "a revolution in the system".

"People can rely on the fact that the hospitals that are really needed, for example in rural areas and in the parts of the city where there is little care, that these hospitals can survive without having to treat more and more cases." , said Lauterbach. If a patient is treated in the future, "he can be sure that economic aspects will not play a dominant role."

The coordinator of the government commission, Tom Bschor, the long-standing chief physician at a Berlin clinic, warned that "hospital care will collapse with catastrophic consequences if we don't carry out fundamental reforms now". For example, the "oversupply" in certain areas and the "undersupply" in paediatrics must be stopped. Lauterbach called the tense situation in the children's hospitals "just an example of what the hospital system is currently suffering as a whole".

Bschor warned that there were "simply no longer the employees to carry out treatments with questionable indications". Lauterbach said: "Many nurses, but also many doctors, leave the hospitals because they do not want to endure this economic pressure."

Bschor said: "It can't go on like this." He pointed out that many baby boomers are about to retire. The need for staff in clinics with their 24-hour operation is high. As society ages, more patients can be expected.

The German Hospital Society demanded an overall concept. "The constant detachment of individual solutions brings more distortions than progress in the system," said CEO Gerald Gass, the newspapers of the Funke media group. First of all, the financing gap in the operating and investment costs of the clinics must be closed before redistribution can begin.

The head of the umbrella organization of company health insurance funds, Franz Knieps, said: "The government commission has presented a courageous and interesting model for reorganizing hospital financing." The SPD MP Dagmar Schmidt spoke of a good basis. 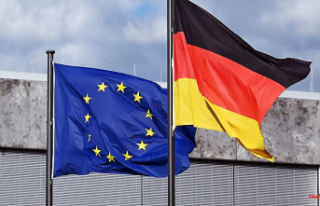