For more endurance and strength: Russia wants to test exoskeletons for the Ukraine war

Reports about the poor equipment of the Moscow troops are piling up: Now, however, secret military units are said to be trying to use futuristic combat suits. 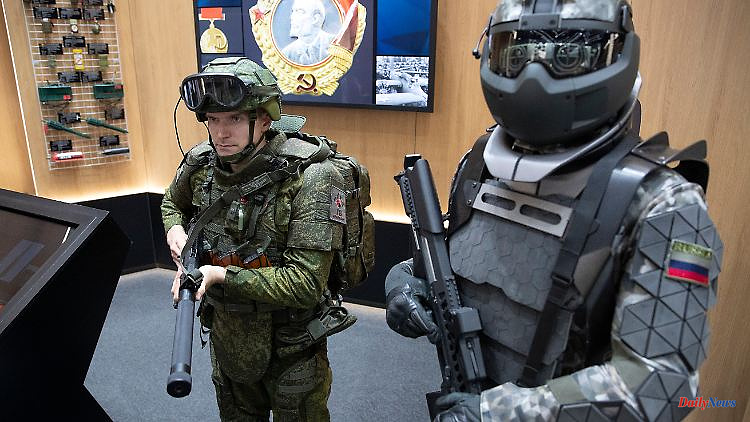 Reports about the poor equipment of the Moscow troops are piling up: Now, however, secret military units are said to be trying to use futuristic combat suits. These should help, for example, to load grenades faster. The Russian state-owned company Rostec claims to have already delivered hundreds of thousands to the military.

Secret Russian military units plan to test exoskeletons (robot suits) later this year, which should give soldiers fighting in Ukraine better endurance and strength. The "Telegraph" reports with reference to Ekzo Solutions, which manufacture these suits.

Maxim Skokov, managing director of the Russian company, told the Russian news agency RIA Novosti that his company had been approached by "special agencies" - the "Telegraph" suspects that they are secret services or private military groups - who want their equipment on the wanted to test and possibly use on the battlefields of Ukraine.

Exoskeletons are futuristic robotic suits in development around the world, intended to allow troops to carry additional weight or armor protection. "Artillerymen are interested in exoskeletons to reduce the weight of shells when loading," Skokov said. "We will be conducting tests at a military training area in November or December, with a potential customer testing the effectiveness of our equipment in the field."

According to the British newspaper, Ekzo Solutions is already building relatively affordable partial exoskeletons and harnesses that are used in industry. Skokov states that he is already producing 50 exoskeletons per month. "But if necessary, we will be able to ramp up production quickly."

Ekzo Solutions is part of the Russian state-owned company Rostec, which was founded by Russian President Vladimir Putin. In 2018, Rostec introduced the first combat suit produced in Russia. The armored suits, including the Warrior model, were reportedly being tested in Syria during the Russian military operation. Rostec claimed to have delivered 300,000 exoskeletons to the Russian military in recent years. However, no such suits have been seen during Russia's war of aggression in Ukraine, the paper writes.

The report on the futuristic suits comes at a time when there is growing criticism of the under-equipment of thousands of Russian soldiers in Ukraine. The British secret service announced that the Moscow troops were running out of equipment and ammunition. Videos also emerged in September of soldiers complaining that they lacked water and food.

1 "Midterm Elections" in the USA: All data... 2 "It only brought us bad luck": Buback warns... 3 Efforts to de-escalate: Biden adviser held secret... 4 Chagall discovered in the camp: Oligarch hoarded art... 5 Durant series ends dramatically: Lakers with mega... 6 Traditional club on the market: wild rumor: is Elon... 7 After the Death of Aaron Carter: The Sad Fate of the... 8 New fee schedule: visits to the vet will be more expensive... 9 Worry about the blackout: How to prepare for possible... 10 Investigation at a live concert: Inaudible basses... 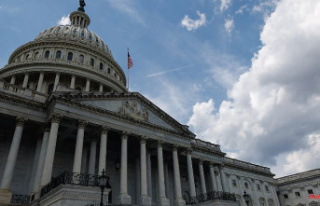 "Midterm Elections" in the USA: All data...