For the "cause of peace": Pope wants to travel to Moscow and Kyiv 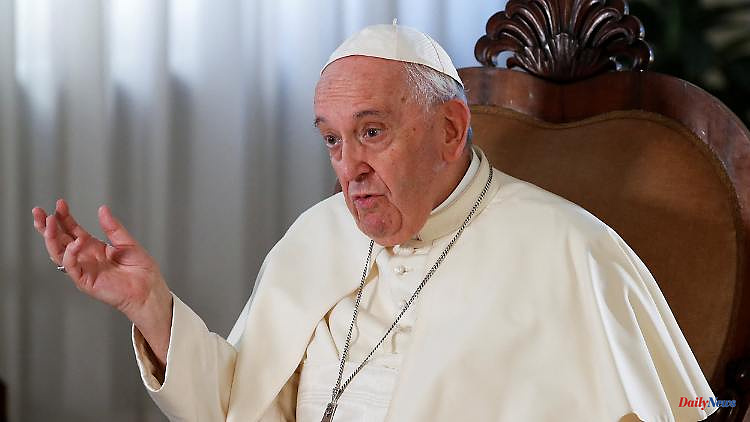 Pope Francis repeatedly criticizes the Russian war of aggression in Ukraine with sharp words. The pontiff is now considering a trip to Moscow in order to "serve the cause of peace" directly in talks with Putin. He would also like to visit Kyiv afterwards.

Pope Francis is considering a trip to Moscow amid the ongoing Russian invasion of Ukraine. There were contacts between Vatican Secretary of State Cardinal Pietro Parolin and Russian Foreign Minister Sergei Lavrov about a possible visit, Francis said in an interview with Reuters news agency.

A few months ago, the Vatican asked for a possible trip to Moscow for the first time. At that time, the Russian answer was that this was not the right time. But Francis is now hinting that something may have changed recently. "I would like to travel (to Ukraine) and I wanted to go to Moscow first," he said. "We exchanged messages about this because I thought if the Russian President would give me a small window of opportunity to serve the cause of peace..."

After his return from Canada, where he is expected from July 24th to 30th, a visit to Ukraine is conceivable. "First I want to go to Russia to try to do something to help," Francis said. "But I would like to travel to both capitals."

Since the start of the Russian invasion on February 24, Francis has repeatedly condemned the "cruel and senseless" conflict and implicitly criticized Russia. After a rocket attack on a Ukrainian shopping center, he said: "Every day I carry in my heart the beloved and tortured Ukraine, which continues to be scourged by barbaric attacks, such as that on the shopping center in Kremenchuk." He prays "that this crazy war will come to an end".

1 Damien Abad, who was expelled from the government's... 2 From expensive to less expensive: Aldi is reducing... 3 Here's the complete list for the new Borne government 4 Disaster on the Marmolada massif: "The Dolomites... 5 After the death of at least six glaciers, search resumes... 6 Son Ludwig to see completely: Cathy Hummels ends four-year... 7 "Better Fish Than Botox": How Healthy Is... 8 Drome South Provence. Summer trips and investigation... 9 Mecklenburg-West Pomerania: Ummanz is Mecklenburg-West... 10 Baden-Württemberg: Fellbach: Despite the anger about... 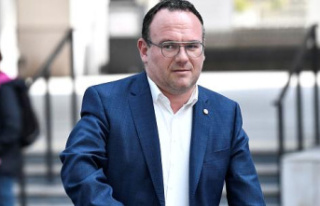 Damien Abad, who was expelled from the government's...