Pope Francis calls for special prayers for Benedict XVI on. 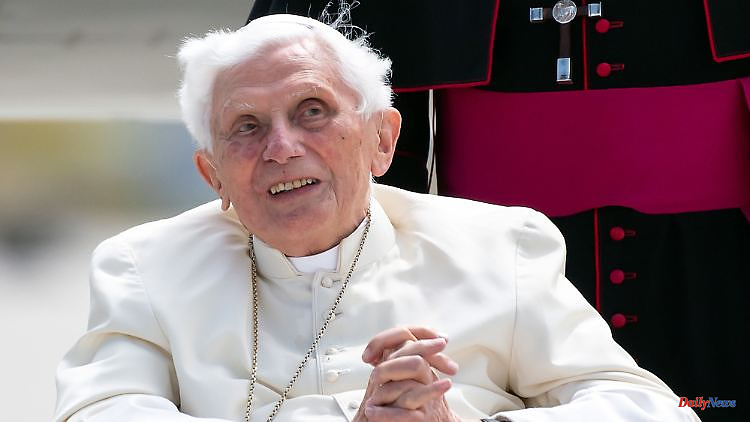 Pope Francis calls for special prayers for Benedict XVI on. He is very ill. He asked the faithful to think of the 95-year-old. At noon it was said that the condition had continued to deteriorate.

Pope Emeritus Benedict XVI. According to his successor Francis, he is "very ill". That's what the current pontiff said at the end of the general audience in the Vatican, without first giving any further details. "I would like to ask you all a special prayer for Pope Emeritus Benedict, who is silently supporting the Church: Think of him, he is very ill and ask the Lord to comfort him and to pray for him in this profession of love for the Church support to the end".

At noon, the spokesman for the Holy See, Matteo Bruni, announced that the state of health had deteriorated in the past few hours. However, he added that the situation was "under control for the moment". Joseph Ratzinger is 95 years old. He renounced the papacy in 2013. Born in Bavaria, he had recently withdrawn almost entirely from the public.

Rarely published photos showed him increasingly frail. In April, his longtime private secretary Georg Gänswein told Vatican News that Benedict was "of course physically relatively weak and frail, but very clear in his head" and "in good spirits". At irregular intervals, Benedict, who is looked after by Gänswein and nuns, also received visitors.

For 25 years before his election as Pope, he was the influential head of the Congregation for the Doctrine of the Faith, the most important authority in the Papal States with a focus on the doctrine of the faith. In this capacity he was considered an uncompromising representative of the conservative wing in the Vatican. He disciplined followers of liberation theology in Latin America and thereby earned the reputation of "God's Rottweiler".

Most recently, allegations once again overshadowed the work of the former Pope: A report on sexual abuse presented in Munich accused Benedict of making serious mistakes in dealing with a pedophile priest during his time as Archbishop of Munich. In an emotional, personal letter, he then explained that mistakes had been made and he begged for forgiveness.

1 Fear of deindustrialization: DIW boss Fratzscher accuses... 2 Internal paper shows: Lindner advocates a reduction... 3 Women inspire enthusiasm: Not everything went wrong... 4 What will change in 2023...: ... in terms of nutrition... 5 What will change in 2023 ...: ... in terms of work... 6 Baden-Württemberg: Baden-Württemberg sparkling wine... 7 Thuringia: One million euros for Thuringian animal... 8 Saxony: Saxony wants to honor innovative founders... 9 Hesse: State security senates of the OLG had a record... 10 North Rhine-Westphalia: Burnt out car with a corpse:... 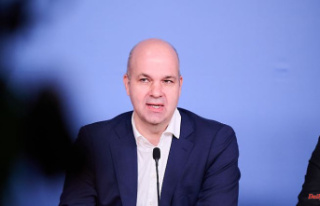