If the burden on German households increases, some fear the anger of the population. 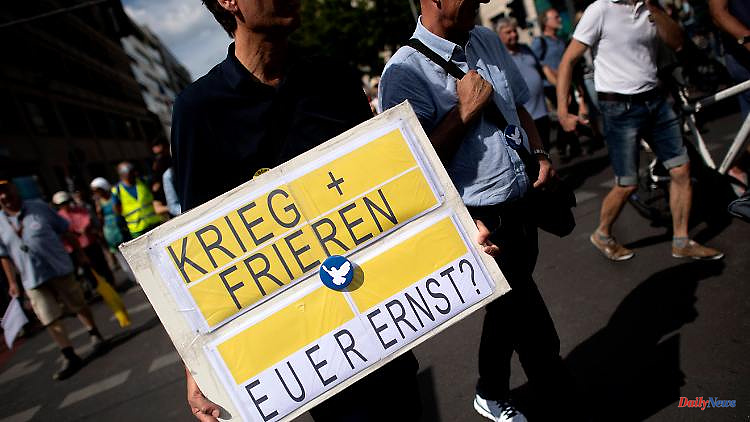 If the burden on German households increases, some fear the anger of the population. Political advisor Hillje advocates not being too anxious. The Germans were guided by values ​​rather than anger.

Like an approaching thunderstorm front on the bathing beach, a term in German politics is currently causing alarm: Anger winter. A dream for lateral thinkers and extremists, a nightmare for democracy, constitutional protection warns. After migration and Corona, inflation could become the next topic of opportunity for right-wing and other radicals.

And it's true that new-right strategists speak of a "proxy issue" on such occasions: an instrument intended to temporarily drown out the anti-democratic agenda in order to throw open the door to mainstream society. And it is also true that the enormously rising costs with falling purchasing power increase dissatisfaction and the potential for protest.

First of all, demonstrations are a fundamental democratic right and the potential for protest is not yet a guarantee of radicalization. Nevertheless, the assumption is spreading rapidly that radicalized protests will occur like a law of nature this fall and winter. According to an Insa survey, two-thirds of citizens believe in "social unrest". The suspicion is that most people think of Pegida, lateral thinkers and right-wing extremists first. They have evidently taught democratic society to fear. However, it should not be forgotten that these minorities have always been fed the attention of the majority.

The fact that mobilizers of the Corona protest scene are currently desperately looking for a new topic is not surprising and, above all, an end in itself: not only ideologies are attached to the protest structures, but also business models that now need a new protest product. A self-confident, democratic society should not be driven crazy by this, but should calmly advise on how to deal with it appropriately.

Above all, she shouldn't forget that the social mood of the last few months suggests a completely different development in autumn and winter: Solidarity with Ukraine was and is very high. The welcome culture towards the refugees continues. Approval for arms deliveries to Ukraine and sanctions against Russia are at a high level. And what speaks most clearly against mass protests: 71 percent of Germans want to continue to support Ukraine even with high energy prices. So the current rule is: Values ​​guide the country, not just any anger.

Germany is experiencing a summer of solidarity and should therefore not hastily advocate a winter of anger. However, carelessness is out of place: with the seasonal climate, the social climate can also change. The federal government's political relief measures are therefore rightly under closer scrutiny. "You'll never walk alone" has to prove itself quickly in the wallets of low-income earners.

However, it is not only about factual politics. It's also about mood. And here all democratic forces, whether government or opposition, as well as the media are required to prevent an influx of enemies of the constitution. First of all, the suffering of the Ukrainians during the war must not lose the focus of public attention.

Unfortunately, there are already clear signs of the opposite, which were most recently manifested in the questions and answers at Olaf Scholz's summer press conference. There it was hardly a question of relieving the burden of the war on the Ukrainians and almost exclusively about reducing the costs for the Germans. This is not only morally intolerable, but also politically not far-sighted, since a certain tolerance for inflation is based on solidarity with Ukraine.

So that this does not crumble, it would be a good idea if the Bundestag invited Volodymyr Zelenskyj to give a speech again in the first week of the session after the summer break. The Ukrainian President would most likely make it clear to the Germans: You pay more money for your heating, but we pay with our lives! Zelenskyy would probably remind us that this war is also our war. That's a good thing: no gas surcharge in the world can be as expensive as the priceless freedom in Europe.

Ultimately, these geopolitical messages also belong at the center of the federal government's crisis communication, after all, some will feel left behind, despite all the promises made by Chancellor Scholz. It is therefore necessary to explain what is at stake for Europe and democracy, why short-term and painful disadvantages have to be endured, and how we can live in a better world with democracy- and climate-compatible energy supply in the long term.

Second, it should always be clear who is responsible for the current gas crisis. Admittedly, German governments have irresponsibly placed the fate of a large industrialized country's gas supplies in Putin's hands. However, Putin has breached the contract in several respects (international law and gas contracts).

To put it in the language of the protest movements, he is the central image of the enemy. However, the AfD and its allies on the street have long been trying to distort this reality: the federal government alone is to blame for inflation and shortages. The energy transition and sanctions policy against Russia are the causes. The solution to all problems? Nord Stream 2. The Kremlin couldn't explain it better.

And Putin himself will continue to try to change the mood in this country. It is quite conceivable that he will coordinate military warfare in Ukraine and hybrid warfare in Europe even more closely this fall: a grueling trench warfare has been observed for several weeks. One consequence of this is that the war front, "the battlefield," is slowly but surely slipping out of our news. And thus also from our attention.

To put it cynically: no new Mariupol, no new Bucha, no new outrage. Putin will know that a war of attrition must also be waged on the information front. That must not obscure our view of the criminal attack. We must not let ourselves be confused about who is enemy and who is friend.

Third: Even if solidarity with Ukraine continues, there will be resentment, uncertainty and possibly anger because of the price increases. For justified uneasiness, democratic forces have to offer a better articulation and identification than the extremists. In principle, it is not wrong that the Left feels called upon to do this. Incidentally, social organizations and trade unions also have a social responsibility to make social interests heard.

However, it is completely wrong if a linker wants to call for "Monday demos" of all things. The use of this term could tragically bring more support to those radical right-wingers who have been mobilizing with it since the Pegida era at the latest. Also conceptually, a better offer must be made.

And the organizations of democratic protests should consider something else: walking past the Russian embassy. Then it is even desirable to get angry. 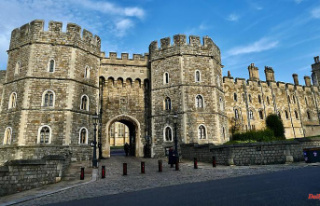 20-year-old in court: Briton is said to have threatened...