Ten MPs from their own ranks voted in favor of impeachment proceedings against Donald Trump. 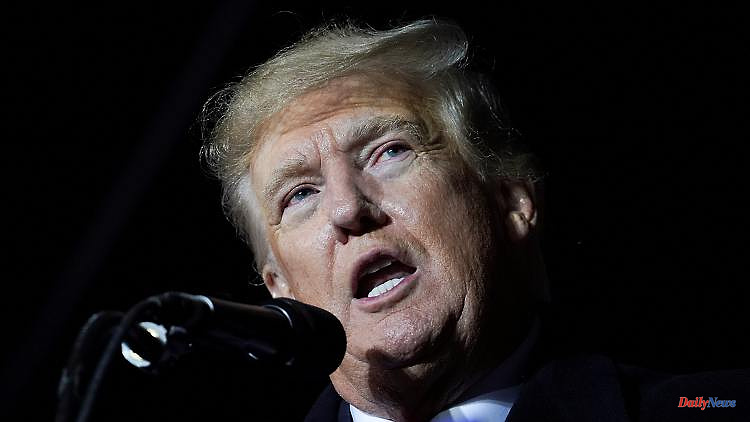 Ten MPs from their own ranks voted in favor of impeachment proceedings against Donald Trump. Now one of them is feeling the revenge of the ex-US President: He will have to give up his mandate. But it's about much more.

It took almost a year and a half, but he got a small part of his revenge. Ex-President Donald Trump saw off one of his biggest internal party critics a few days ago. Republican Tom Rice is a member of the House of Representatives for his South Carolina constituency. Still. He would have to stand for re-election at the mid-term elections in November, like the other 434 MPs every two years. Rice won five times in a row. Now he lost his primary to a Trump-backed candidate, right-wing Russell Fry.

A majority in the House of Representatives voted to open impeachment proceedings against Trump for inciting the January 6, 2021 uprising. Among them were ten Republicans. Tom Rice was one of them, and perhaps the most surprising. The now 64-year-old had not previously distinguished himself as a critic of Trump, but consistently voted for all of the President's projects. After the storming of the Capitol, his loyalty was over. "I would do it again tomorrow," Rice said of his vote against Trump. It's about the constitution he swore to.

Rice is the third renegade the ex-president will get rid of. Ohio's Anthony Gonzalez and Illinois' Adam Kinzinger are also not returning. Kinzinger is in his sixth term, also sits on the January 6 investigative committee, and has faced hostility from Republicans and even his own relatives. "Two done, eight left!" Trump rejoiced after the relevant announcements.

But it's not just about lukewarm campaign slogans and revenge among Republicans. But also about how the next president will be elected in 2024. There are many indications that Trump is running again for the Republican nomination. The approaching congressional elections in November are a precursor to this. In all likelihood, the Republicans will take the majority in at least one chamber from the Democrats.

In order to determine the candidates for this, the primary elections are currently taking place in the states, about half of which have been completed. It also determines candidates for 39 governor posts, which roughly corresponds to the German prime ministers of the federal states, and also those of state secretaries and senior public prosecutors. And they help decide, among other things, how elections are held and certified in their states.

Such offices are also being reassigned in embattled states, so-called battlegrounds such as Michigan, Pennsylvania and Nevada. Dozens of candidates have campaigned by publicly questioning President Joe Biden's 2020 victory. The more politicians from the right wing of the party, which is loyal to Trump, come into office, the more likely further developments in his interests will become.

The Supreme Court in Washington could give the next incumbent even more powers. Currently, the conservative-dominated Supreme Court is considering whether to hear a case that could end in a precedent for presidential and congressional elections. It's about who gets to set which rules for how elections are conducted. The respective government or the judiciary? "The 800-pound gorilla of voting rights cases," a law scholar at the University of California called him, according to the New York Times.

In the most extreme case, not only all states could have the elections carried out according to the taste of their respective government. Moreover, the Supreme Court could even give itself the power to void an election if voter protections go beyond those guaranteed by the constitution.

The protection of electoral rights has become more perforated for years. The Supreme Court pulled the decisive blow in 2013 when it tamed the "Voting Rights Act". That's what the Republicans were working towards. For decades, since the civil rights movement in 1965, this law in the United States has required changes to the electoral law in a fixed list of states and constituencies to be approved by the Justice Department in Washington. This was intended to prevent discrimination against certain groups of voters - especially black people.

These included southern states in particular, where the black portion of the population looks back on racially motivated electoral suppression: Alabama, Georgia, Louisiana, Mississippi, South Carolina. Arizona was also on the list. The law prohibited discrimination in elections in general and remains in force. But the Supreme Court struck the list of states and constituencies. Since then, they no longer have to have changes approved. They can pass electoral law changes like any other law. Until possible complaints lead to a legal decision.

Since then, new restrictions have been introduced, especially in states governed by Republicans. Depending on the state, they range from new requirements for postal voting, fewer polling stations in areas with many registered Democratic voters, opening hours during core working hours to a ban on distributing water among voters who have been waiting for several hours. On the other hand, if suffrage activists go to court, they can end up in the Supreme Court. That shouldn't give them much courage: the Supreme Court dismissed a corresponding lawsuit from Arizona last year.

As a candidate for the post of secretary of state in Nevada, the Republicans have nominated Jim Marchant, an election denier and organizer of a Trump-loyal coalition of different candidates. "Your vote hasn't been counted for decades," he told voters a few months ago, according to the New York Times. According to the will of the Republicans there, Doug Mastriano is to be governor of the state of Pennsylvania. Mastriano had campaigned for the annulment of the 2020 presidential election results.

In January 2021, 139 of the 221 Republicans voted for it in the House of Representatives, and 8 out of 51 in the Senate. Of those 139 members of parliament and senators, at least 72 have already been nominated again for the election in November. At the lower state level, Trump's wing is also present: Georgia, Pennsylvania, North Carolina and Texas will have a total of 157 politicians on the ballot who did something about the 2020 election result. This does not necessarily mean that they will succeed, nor that they will put their hands on the right to vote afterwards. But the numbers show the extent to which Trump had and still has the party under control. Rice's loss of the South Carolina primary after five consecutive election victories is further evidence.

According to his own statement, the still MP simply cannot forget January 6th. When the protesters stormed the building, Rice was in the plenary hall, which the crowd was trying to enter. The politicians were taken away, on the way he saw bloodstained security forces, he told Politico. Instead of doing anything about it, Trump enjoyed and reveled in the violence and looting because he saw the invaders only as his fanatical supporters. "That changed everything," Rice is quoted as saying: "That's what a dictator does."

Rice had run the gauntlet in his home country for 17 months. From crowds of people or from the car, voters in the constituency insulted him, among other things, as a "traitor". The deputies received so many written death threats that his office manager pre-sorted which of them were serious enough to pass directly to the police. Rice's wife was at times afraid to go shopping after the congressional vote. The US media also used the duel between Rice and Fry as an indicator of how great Trump's influence on the party is. Trump candidate's slogan? "

After November's congressional election, Rice won't be in the House of Representatives, that's for sure. The congressman had five opponents during the primary campaign - and all of them harped on Rice's vote. "Trump is cleaning up," he said to "Politico" a few days before his defeat: "He's trying to turn the Republicans into a party of loyal yes-men. (...) Trump is the most spiteful, petty and vengeful person I have ever met." He himself is proof of this, because Rice's political career could soon be over.

1 Palermo's Cosa Nostra: The mafia is back in politics 2 Revelations about Putin buddies: Navalny team shows... 3 Explosion and shots in Kabul: Two injured after attack... 4 general a D. Lahl in an interview: "The tank... 5 Chancellor off duty: Merkel: "Now I'm free" 6 Hit by Danish missiles: Ukraine reports sinking of... 7 For the first time in corporate history: Apple employees... 8 "No relevant damage": FDP opens new debate... 9 From sweet potatoes to dividends: things that are... 10 Incentives for industry: Habeck is planning further... 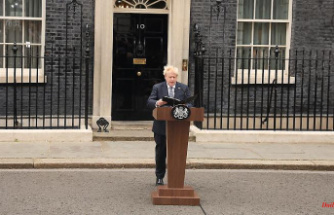 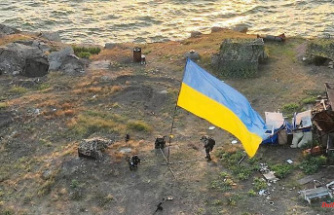 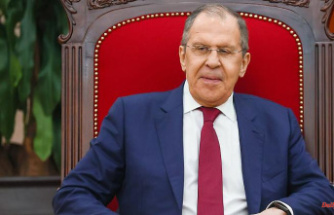 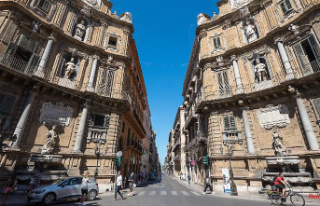 Palermo's Cosa Nostra: The mafia is back in politics